Potter’s Cove is a popular destination for boaters throughout Narragansett Bay. Listed on NOAA charts as Potter Cove, it is known by most locals as Potter’s Cove. Located in the northeast  corner of Prudence Island (Prudence Island is an inhabited island which is part of the town of Portsmouth.  Prudence Island is accessible by private boat or via a Ferry which runs out of Bristol harbor) and offers a superb protected anchorage.  There are a large number or private moorings in Potter’s Cove, but no public moorings.  Anchoring is allowed throughout the cove as long as you set up at a reasonable distance from moorings and other anchored boats.  There is a small spit of land that extends along the north east edge of the cove.  This strip of beach is a great place to row or motor ashore in a dinghy for a cookout or to just let the kids explore. 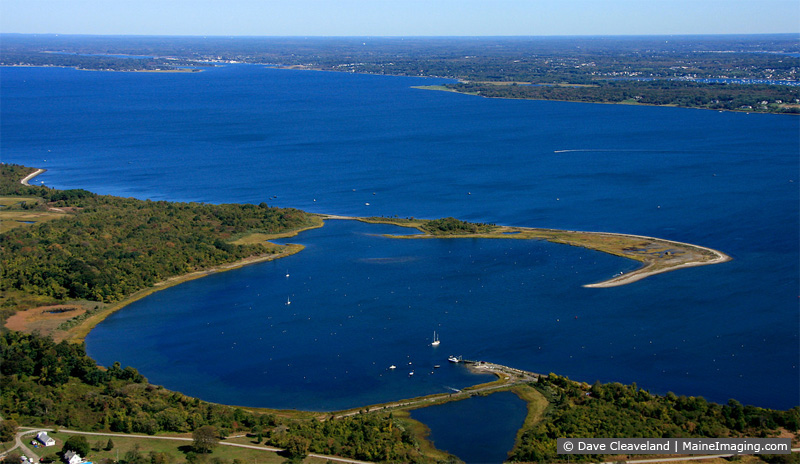 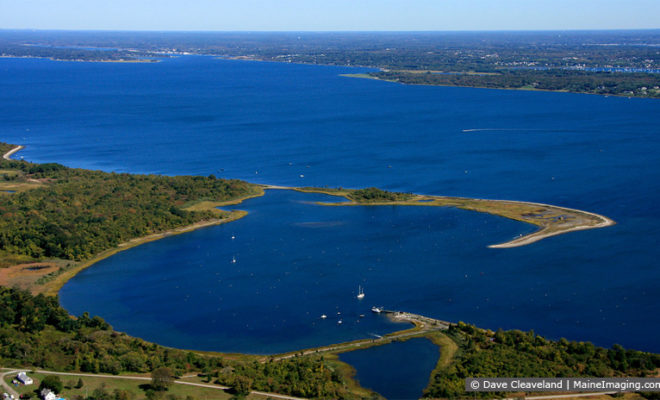