U.S. Harbors received a statement from Brad Read, Executive Director of Sail Newport on the decision to hold the 2013 America’s Cup Final in San Francisco. Brad was one of many Rhode Island business people who went to great lengths to demonstrate that Narragansett Bay remains one of America’s top sailing grounds, worthy of hosting the world’s biggest and best regattas.

“Over the last few months, Rhode Island has once again proved that it is a preferred site to host world-class marine events such as the America’s Cup and the Volvo Ocean Race.

A little over two weeks ago, Oracle came to Rhode Island because of our commitment to creating the infrastructure needed to host the America’s Cup World Series. They gave us a new task: to mobilize an effort to show that Rhode Island could host the Selection Series Cup events, and the the America’s Cup Match of 2013. The Rhode Island America’s Cup Organizing Committee reacted immediately. Rhode Island’s marine industry, our hospitality industry, and our political elements became directly involved. We proved that we were not only viable, but a preferred site for the third-largest sporting event in the World.

Today’s decision by Oracle Racing to host the 34th America’s Cup in San Francisco instead of Rhode Island does not deter us from the effort to augment the facilities at Sail Newport and Fort Adams State Park. Instead, it reinforces the need for these assets so that we may offer more opportunities for the public to enjoy Narragansett Bay and to experience the global marine events that Rhode Island attracts.

The work we have done with our engineering team, our cost analysis, and our market research reinforces our commitment to this game for the long haul. Sail Newport and Rhode Island remain committed to being the premier East Coast venue for global marine events. We look forward to working with the the incoming Rhode Island Governor and Legislators as we continue to move forward with the improvements to Fort Adams and to the marine facilities at Fort Adams State Park.” 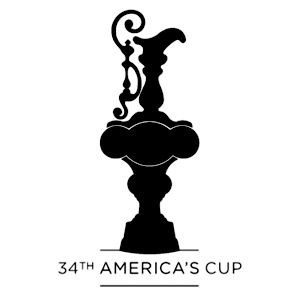