Forgotten Herreshoff Design To Be Built

A long-lost variation of Nathanael Greene Herreshoff’s popular 12½ is being built through a collaboration between a Bristol, Rhode Island, boatbuilder and “Captain Nat’s” grandson, Halsey Herreshoff. The H-20 features a 17’4” waterline versus the 12½’s 12’6” waterline and an overall length of 19’10”. It will be cold-molded and sheathed in fiberglass set in epoxy. Sitka spruce spars and bronze hardware will keep the design true to its traditional roots, which date to 1928 when Herreshoff carved a model of a “pleasure sailing keel boat, to replace the Buzzard’s Bay Boys Boat,” according to the designer’s notes. (The 12½, which became one of the most popular one-design boats of its time and still boasts an active fleet worldwide, was previously known as the Buzzard’s Bay Boys Boat.)

Dan Shea, of Bristol Boat Company, worked with Halsey Herreshoff to create the H-20 from lines taken off a model found at the Herreshoff Marine Museum. Hull No. 1 is nearing completion at Bristol Boat Company’s shop on Burnside Street. With a deeper, drier cockpit than the 12½, it is expected to have greater sailing ability and will be available with an optional inboard electric motor. It is available for $85,000, including trailer. 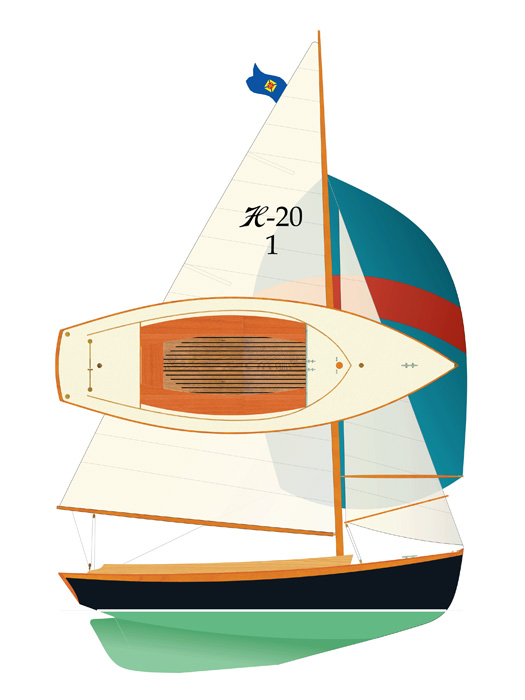 Photos of Forgotten Herreshoff Design To Be Built 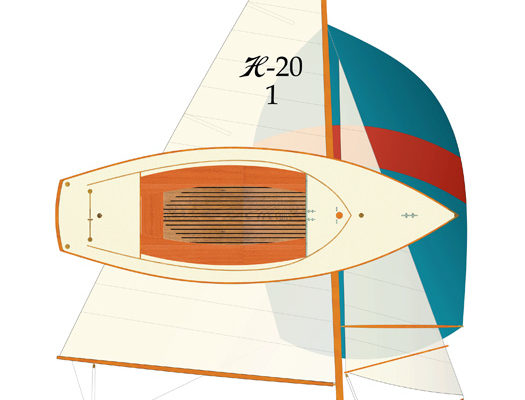