For New England boaters, there’s nothing quite like the start of boat show season to get us excited about uncovering our cabin cruisers, sloops, and runabouts and hitting the water. And the first, the Boatbuilders Show on Cape Cod, put Massachusetts boaters into a blissful boating frame of mind Feb. 11-13 with three days of seminars, lectures, and, of course, exhibits of some of the finest power and sailboats anywhere on the planet.

Whether you were looking to stick your nose under the foredeck of a Marshall Catboat or just wanted to rock the gunnels of a Duxbury Dory, this Hyannis event was where boaters began coming out of the cold and reconnecting with each other. In addition to the big boats and the even bigger conversations that happened in, under, and around them, shows like the Boatbuilders Show on Cape Cod are where we boaters learn the little details that make life afloat so special. Who knew, for instance, that the bronze jamcleats that we’ve been eyeing for our racing sloop are known as Osborne Cleats and were first developed by the U.S. Navy for use with signal halyards? Not us, that’s for sure, but the guys at Bristol Bronze shared this and other interesting factoids.

There are more great shows on the horizon, and we’re going to try and make it to as many of them as we can. There’s just one danger with going to so many boat shows after such a bona fide New England winter — coming home with more boats! 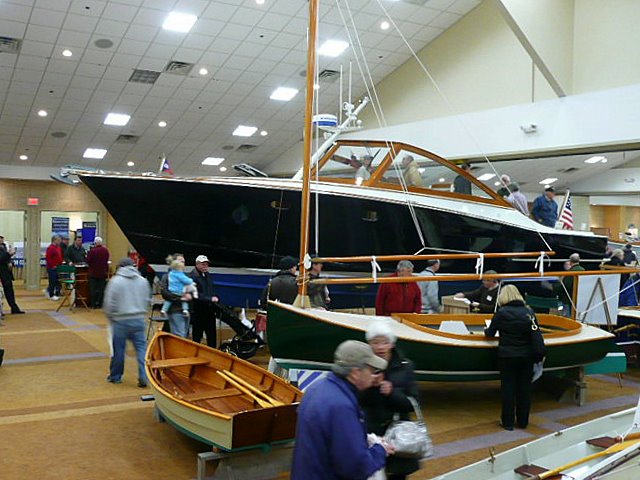 Posted March 1, 2011 by US Harbors & filed under Boating, Fishing, Travel. 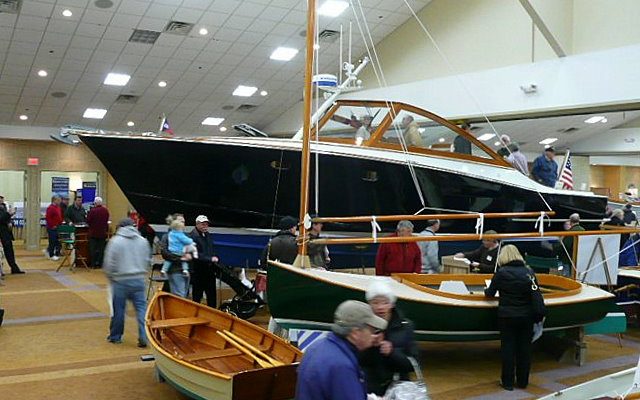