New England Surfers Learn to Build Their Own Boards

If surfers are a different breed, then New England surfers are a different species altogether. Who else would jump into swells that barely hit sixty degrees in July? (And of course the best waves are in the winter!) A couple of York, Maine, surfers decided to take their love of riding the waves to a new level by not only building their own boards, but building them in wood. And when that proved to be a bunch of fun, they decided to clue in everyone else, too, by offering do-it-yourself kits that allow regular joes to build their own boards. The idea has caught on since Grain Surfboards started offering the kits in 2006 — owners Mike LaVecchia and Brad Anderson report that they’ve just sold their 1,000th surfboard kit.

“We don’t think there is a typical customer,” said Anderson. “We’ve literally had brain surgeons and high-school seniors do it. Seasoned pro-surfers have built these boards and people that have never surfed a day, but love a challenging project that results in a gracefully shaped piece of functional art they can brag about building themselves.” The boards are made with locally grown, sustainably harvested northern white cedar and take about 50 hours to build. Each kit comes with all the materials necessary to create a board fit to tackle whatever the Gulf of Maine can dish up: board frame, cedar planks and rail strips, fin box, leash plug, glue, epoxy, fiberglass, rubber gloves and, perhaps most importantly, a detailed instruction manual. In addition to Grain Surfboards’ Home Grown Kits, the company also offers Grain board-building classes.

Riding the New England waves is burly enough for us, but building your own board before you drop into the next set of swells takes extreme to a whole new level. And we love it! 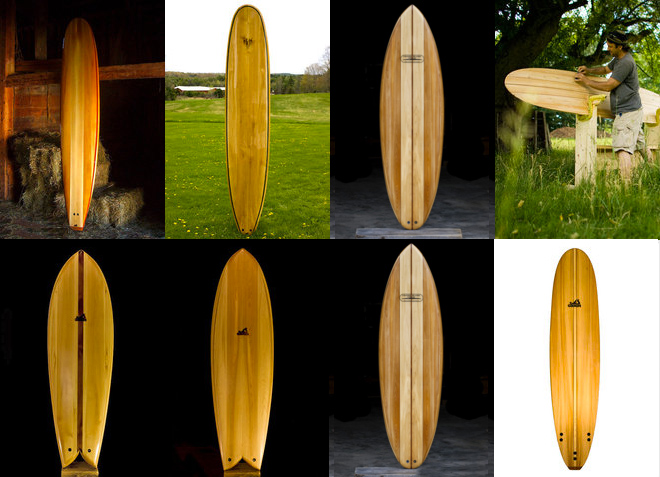 Choose your kit from a range of boards. Photos courtesy Grain Surfboards

Photos of New England Surfers Learn to Build Their Own Boards 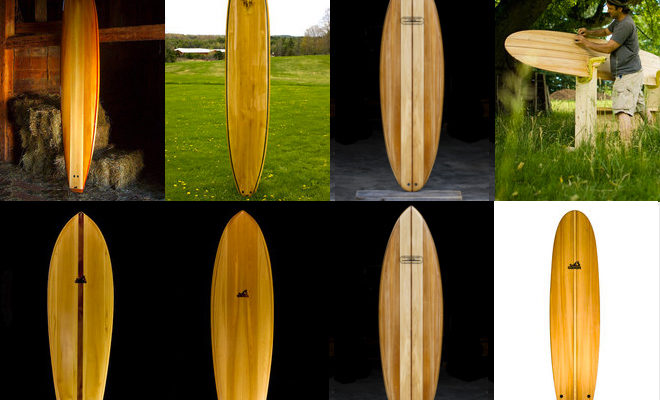 Choose your kit from a range of boards. Photos courtesy Grain Surfboards