In Maine, where we rub elbows with some of the best boatbuilders in the world, it’s easy to take the local talent for granted. Which is why it’s always a delightful surprise when the boating press from beyond our shores takes notice of someone like Back Cove, makers of some of the best small cruisers on the planet.

All the way Down Under in Australia, for instance, Back Cove is making a name for itself, with Trade-a-Boat Magazine naming the new Back Cove 30 the Best Weekender of 2010 (four of the boats have been sold to Australian owners, and the line isn’t even a year old yet!). “Combined with a deep-vee hull, downward-turning chines forward, and a stylish sloping transom, the Back Cove 30 offers the elegance of a traditional Maine lobster boat with the advantages of modern interior styling and the most up-to-date construction methods,” the editors said in the article introducing the new yacht.

Closer to home, our own Maine Boats, Homes & Harbors magaaine recognized the spoon-bowed classic in its annual Boats of the Year issue, and Motorboating Magazine gave the Back Cove 30 a Best of the Year Award in the Compact Cruiser category at this year’s Miami International Boat Show. After a day cruising the Maine coast on the new design, Editor Emeritus Peter A Janssen praised the changes that turned the reliable Back Cove 29 into a new classic that will make any boatowner proud. “You’d be comfortable on board, and you’d be happy admiring the lines of your Down East hull if you sat in your dink or stood on the dock,” Janssen wrote about the Back Cove 30. “In short, moving up from the original 29 to the new 30, Back cove did a very nice job in updating — and improving — one of its classics.”

Awards like these are a nice vote of confidence for builders such as Back Cove, but the real indication of a new line’s success is how the boats are selling. And that, according to company spokesman Bentley Collins, is why crews are feeling their best this year: Four new boats per month are leaving Back Cove’s Rockland boatyard, and the line for new commissions extends deep into the summer. That’s a prize for both boatowners and boatbuilders alike! 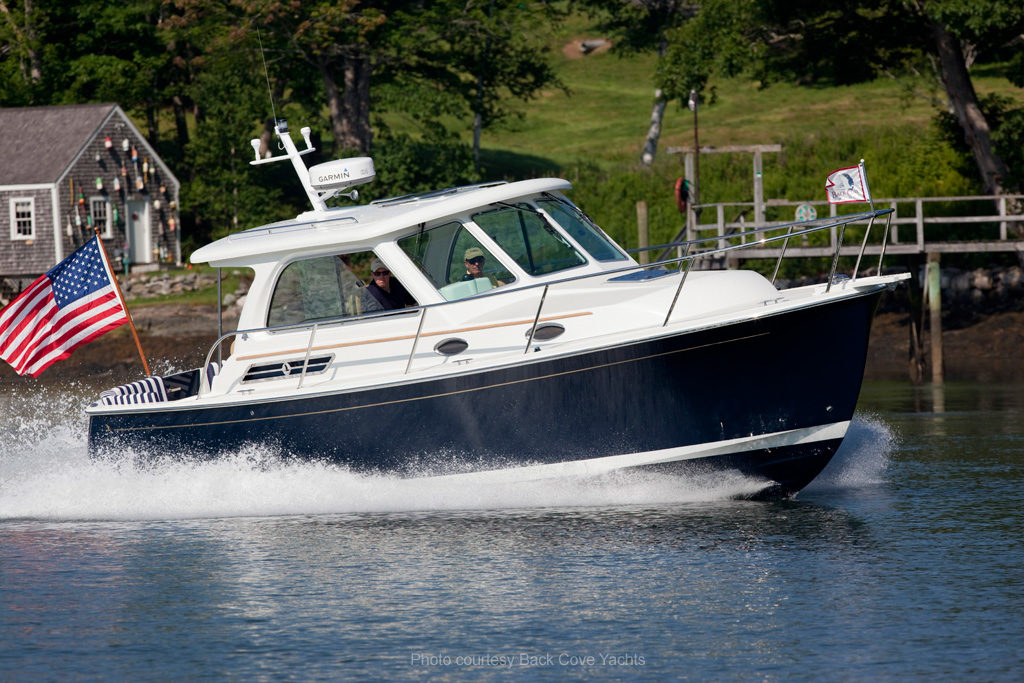 The Back Cove 30. Photo by Billy Black, courtesy Back Cove Yachts

Photos of World Takes Note of New Back Cove 30 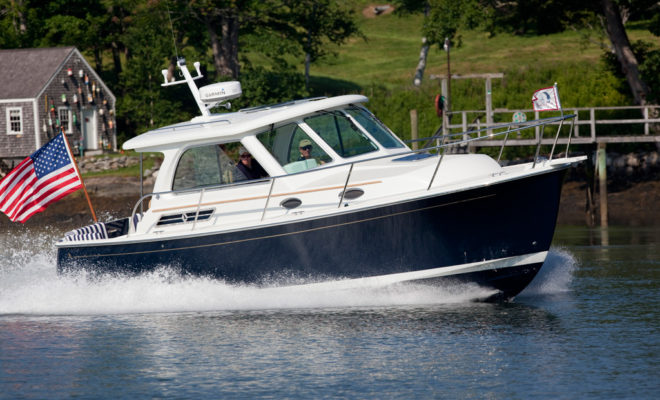 The Back Cove 30. Photo by Billy Black, courtesy Back Cove Yachts