The pace of winter boatbuilding in Maine is slow, steady, methodical with a great attention paid to the details. That’s still the case at Artisan Boatworks but the boat underway at their shop has to be completed by June 1st, 2011 and the project details weren’t finalized until late February. That is the equivalent of Boston

Boat is a 24′ 6″ Herreshoff designed Watch Hill 15. First built in 1922, they are a marconi rigged version of the 1898 Buzzards Bay 15. This is the 4th boat built to this design by Artisan Boatworks, and will be delivered June 1st. The boat will spend summers in Connecticut and winters in Palm Beach, Florida.

The pace of this project is particularly exciting, as we received the order for the new boat in late February, with the stipulation that she be launched June 1st. Four people will complete the boat from start to finish in exactly three months. Another interesting aspect of the project is her composite wood/epoxy construction. The hull is strip planked tongue and groove cedar over steam bent frames, sheathed in a bi-axle fiberglass cloth set in epoxy. This method has the advantage of appearing exactly the way Herreshoff intended, but with substantially more strength and stability to endure the the Florida winter and nearly 5000 miles per year on the highway.

Let me know which link I should put on our website and in the upcoming newsletter. Also, if you want to include some completed photo’s or video, this boat will be nearly identical to Kitty, the blue boat you shot a few years back. 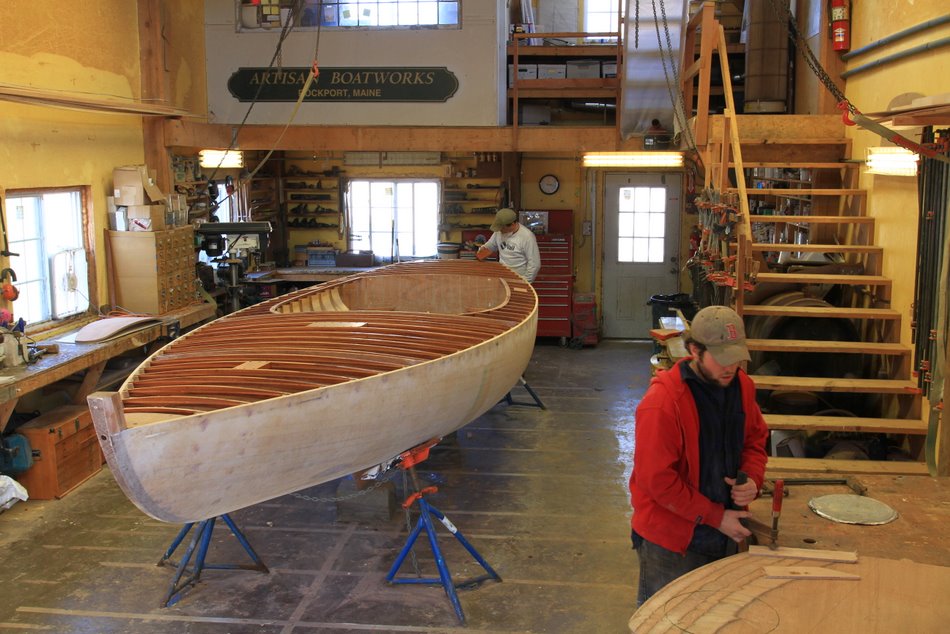 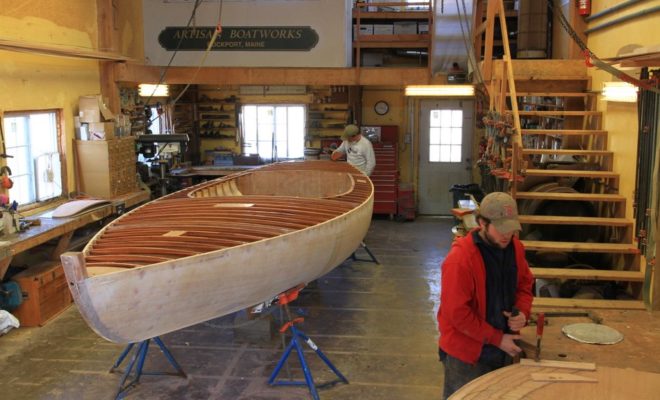