First Penobscot Bay Rendezvous Will Not Be the Last 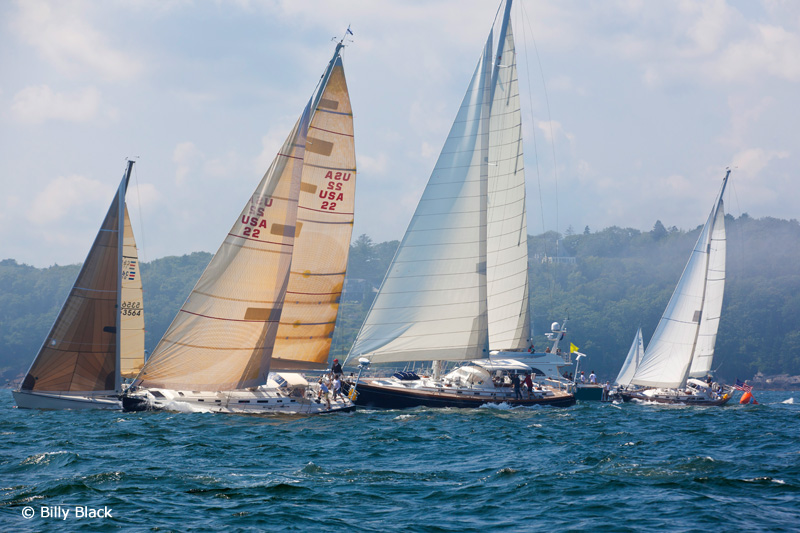 We all know that shakedown cruises sometimes don’t go exactly according to plan, so we were ready to cut the folks running the inaugural Penobscot Bay Rendezvous a bit of slack this first time around the proverbial marks. But Wayfarer Marine, Lyman-Morse, and the rest of the boatbuilders, designers, and other marine businesses running and taking part in the August 18-21 event acted like the pros that they are and led boaters on a three-day tour of the Penobscot Bay region that is sure to be part of many summer itineraries to come.

Starting with the kickoff party at Lyman-Morse’s massive new eco-friendly boatshed in Thomaston, where 37 skippers and their crews enjoyed a barbecue followed by a historical lecture and even fireworks, Rendezvous attendees discovered firsthand that this was to be a weekend about much more than just sailboat racing. Who, before that Thursday night gala, knew that the Lyman-Morse yard is located in the exact spot where Henry Knox, George Washington’s Secretary of War, built his retirement mansion?

The racing that ensued over the next three days involved a little bit of everything: fog, wind, sunshine and clouds; tension, protests, hard-charging starts and dramatic finishes; and a whole lot of first-class sailing. Isobel, the brand-new 75’ sloop just off the Stephens Waring drawing boards, was the scratch boat with an impressive negative-69 PHRF rating. She delighted her owner and designers, who served as crew for the entire weekend, consistently coming across the line first (though never quite far enough ahead to save herself on corrected time). War Bride, the J/124 owned and skippered by Wayfarer Marine owner Shane Flynn, was always hot on Isobel’s heels and ended up taking the overall trophy for the weekend in Division 1. The racing in other divisions was no less intense, with the J/24 Havoc just nipping Cabot Lyman’s Puffin for overall honors in Division 2.

For the full results of the 2011 Penobscot Bay Rendezvous, click here.

Throughout the weekend, the sailboats weren’t the only ones competing on Penobscot Bay. Just as the sloops were jockeying for position near committee boat Nimhara at the start line, a fleet of nine power yachts was heading out on a photo pursuit, each of them aiming to be the first to capture on film such landmarks as Owls Head Light, local schooners, and even a specific lobster boat or two. In end, the celebrity judges (including USHarbors’ own star lensman Jamie Bloomquist) deemed George Sayre’s Clewless the winner of the photo contest, though the competition was nearly as stiff as on the racecourse.

For the full results of the photo pursuit, click here.

Did we mention the parties? As anyone who was lucky enough to be at the gatherings at Lyman-Morse, the Camden Yacht Club and Wayfarer Marine each night can attest, the events off the water were great fun. To the left you’ll find a selection of images of all the action, both on the water and shoreside. Click on the large image to the right to view a larger version of the image gallery.

Photos of First Penobscot Bay Rendezvous Will Not Be the Last 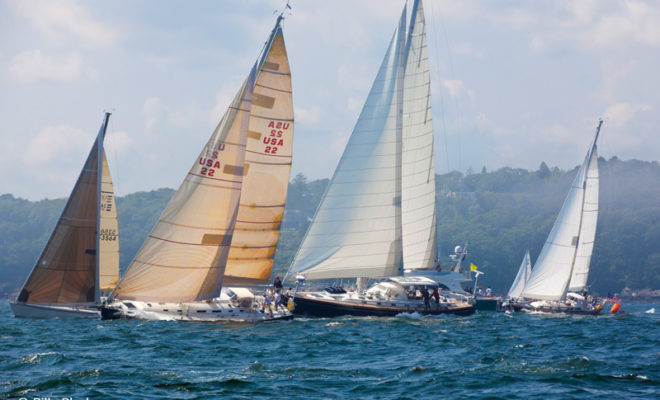