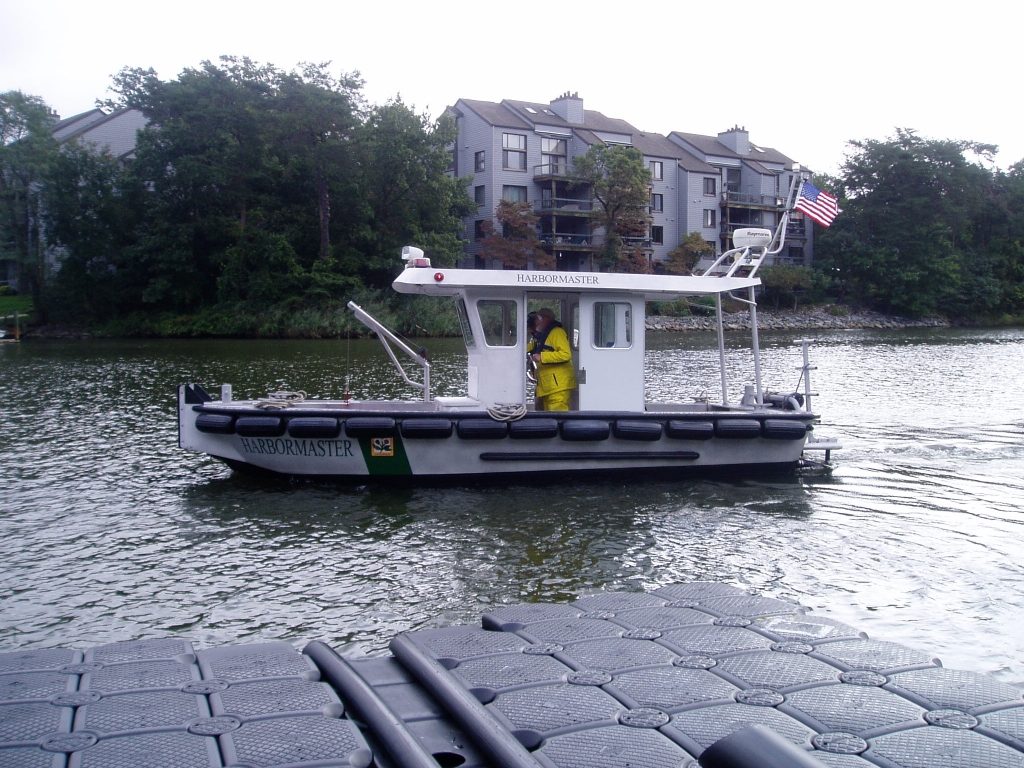 “The first day we had our new boat, we snuck up on the water taxi guys and surprised the heck out of them,” Walters laughs.

Walters’ new harbormaster boat, put into active service this month, is a completely rebuilt, 26’ aluminum patrol boat that sports the only unitized, marine hybrid engine in municipal use. The new engine, a 306 horsepower Steyr hybrid that powers a jet drive, replaces a ten-year-old, 220 horsepower, six-cylinder Mercruiser diesel with an outdrive. Walters says there are only twelve such hybrid engines in the world, and Annapolis has No. 11 and 12. (The twelfth engine is currently being installed into the city’s 28’ pumpout boat and is expected to enter service in January.) He expects the new machines to cut his fuel consumption in half, but there are other benefits, too.

How does the Walters feel about driving the brand-new, practically silent technology around Annapolis’ eighteen miles of waterfront? “You couldn’t get the smile off my face with a chisel,” he says. “This is a Tier 2 engine, so the visible exhaust is mostly steam and moisture — no soot, no black stuff. The electric engine makes about as much noise as paddling a canoe, because the system is run by the Hybrid Contol Unit, the HCU, which is water-cooled. Really, the loudest noise you hear when you’re in motion is the gurgling of the water coming out of the jet. An when you’re maneuvering, the largest noise you hear is the shifting mechanism on the jet drive.”

The complex propulsion system features three parts within one unit: a generator, electric motor, and a diesel engine. When cruising around Annapolis Harbor, where the speed limit is just over 5 knots, the boat uses the electric motor. (Walters estimates he and his assistants spend about 80 percent of their time in this mode, checking mooring and anchoring registrations and operating the city’s pumpout boat.) When the harbormaster needs more speed, the diesel engine kicks in and pushes the patrol boat at up to 30 knots. Whenever the diesel is running it also serves to charge the boat’s batteries, though a set of roof-mounted solar panels also contribute to the charge. The batteries, solar panels, and new roof added weight to the boats, but Walters says the new hybrid engine is significantly lighter than the Mercruiser diesel that it replaced.

Remarkably, the entire project, which took just over four years to complete, hasn’t cost the city of Annapolis a dime. First, Walters obtained a $300,000 grant through the EPA’s Clean Diesels program. That grant required a 25 percent match, however, so the harbormaster approached MetalCraft, the Canadian builder who had made the harbormaster and pumpout boats a decade ago. “They got into the excitement of it, and they decided they wanted to get their toes in this niche,” Walters says. “And so they came up with the $100,000 that I needed.”

The harbormaster says that the thousands of boaters who flock to Annapolis every year were key to helping him win the support of the EPA and MetalCraft for the project. “They want exposure, and in the boating world there’s very few places where you’re going to get better exposure than Annapolis,” he says. 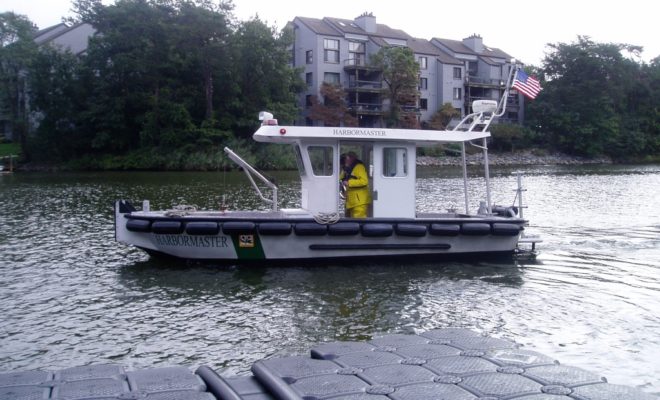