The first America’s Cup event to take place in a U.S. harbor since 1995 kicks off today in San Diego, with nine teams racing 45’ wing-sail catamarans in the third phase of the America’s Cup World Series. The five-day regatta follows similar events in Cascais, Portugal, and Plymouth, England, and is being closely watched by diehard sailing fans and economic development officials in Rhode Island, which is scheduled to host the final AC World Series event in June 2012.

For competitors, the racing will no doubt be close, as the disparity between each team has lessened with each event. “Any of the teams here can win,” says Oracle Racing Skipper James Spithill. “The level has risen. This is one-design racing, the boats are the same, and it really comes down to the best team.” After two AC World Series events, Emirates Team New Zealand leads the standings, followed by Spithill’s Oracle team. Another Oracle team, skippered by Russell Coutts, is tied with Artemis Racing for third place. (Click here
for full AC World Series standings.)

Interestingly, the experience that the spectators have at the event on San Diego Bay may be even more closely scrutinized than that of the competitors, as this series represents the first time the new America’s Cup format will be played out before an American audience. Though the America’s Cup finals, scheduled for September 2013 in San Francisco, will be sailed in larger, 72’ versions of these wing-sail catamarans, the so-called “stadium” format whereby spectators can watch the action from shore is the same. The course in San Diego was designed to bring the competitors, who consistently hit speeds in the twenty- and thirty-knot range and usually sail with one hull completely out of the water, within yards of spectators on Broadway Pier.

Wednesday’s racing will see three seeding races and the AC500 Speed Trials. Based on the results of today’s races, pairs will square off in qualifying and semi-final matches on Thursday and Friday, followed by the finals on Saturday. More speed trials are scheduled for Sunday, as well as the San Diego Fleet Racing Championship — a winner-takes-all fleet race.

For more information about the events planned in Newport in 2012, click here. 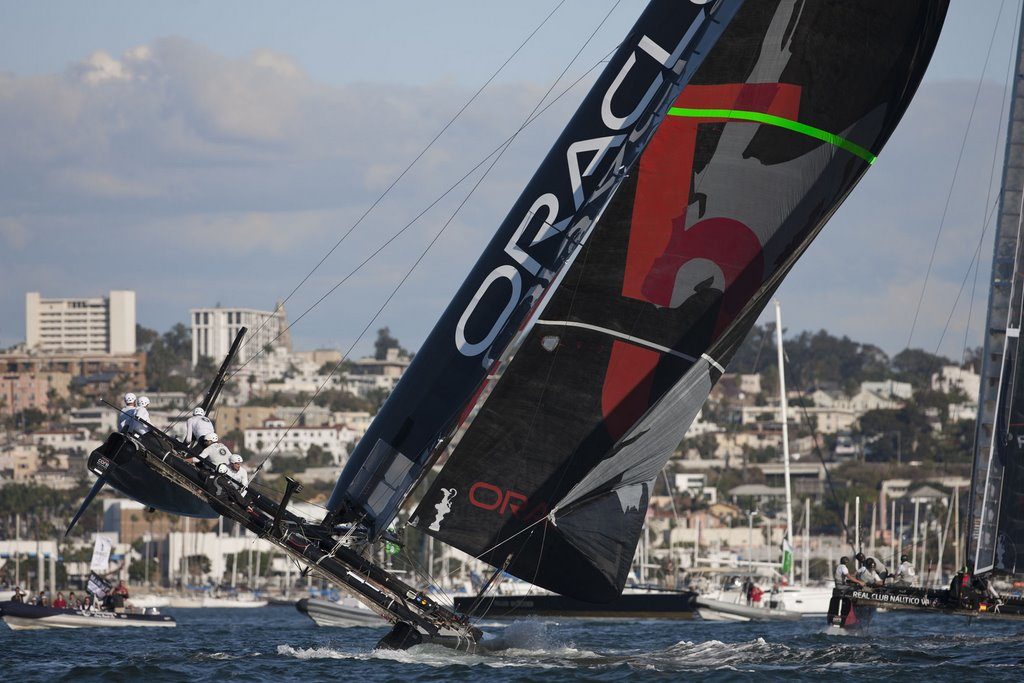 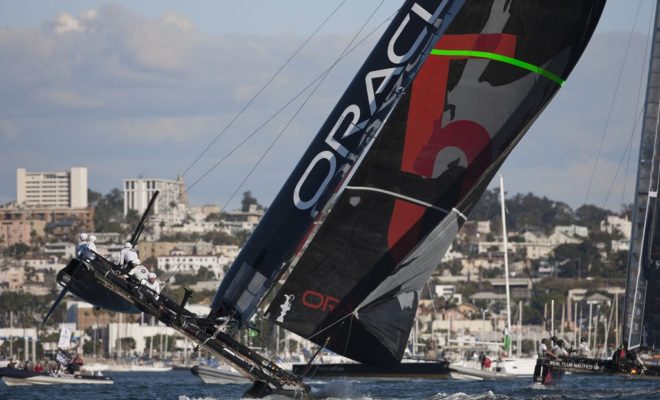