Meet the Boys from Bass Harbor and Bernard

His name is Dell, and he has been fishing the waters of downeast Maine for some thirty years now.  He operates out of F.W. Thurston’s lobster pound in the small and salty fishing village of Bernard, which sits tucked away on the west side of Bass Harbor, in the southwest corner of Mount Desert Island.

Dell is a friendly guy who has more than a few stories to tell. He speaks slowly, and slumps his shoulders as he talks, his gray hair whipping around in the cold December wind. “Ain’t nothing like it” he says. “I been fishing my whole life and I can’t see myself stopping anytime soon.”

He has been tending to his gear and painting buoys all morning. His pants are covered in splotches of light red paint, and his hands are all cut up from handling frayed rope and rusty traps. He walks the dirty planks of this pound like he owns the place. Everybody who passes by waves to him.

Dell is just one of the many fishermen who call Bernard and Thurston’s home. There’s Mike, a big guy with an even bigger smile, who runs the equipment around the place. He is currently using a forklift to move giant crates of lobster bands down to the main dock. Mike is a local, born and raised. “This place has been running lobsters since way before I was around,” he jokes, as his forklift jerks from side to side. “And it will be running lobsters after I’m dead and gone.”

His friend Philip, fresh from hauling in his gear for the winter break, begins to start up his pickup truck so he can transport the last of his gear to his home nearby. Philip doesn’t talk much, doesn’t really smile, either. He is all business, and around these parts, a lot of people are. In a town as small as Bernard, fishing is truly a way of life, and one of the few viable ways to make a living.

Down on the town dock, I meet an old man named Lee. He tells me he is from Gotts Island, but lives in Bernard now. “I haul ‘bout 400 traps year,” he recalls, as he pours a slimy bucket of salt water into another bucket that sits over a small burner, which is slowly heating the water. “Gotta have some hot water so my hands don’t freeze,” he says.

Lee wants to slow down in the next couple of years, mainly because he doesn’t like the cold weather. “It’s been getting to me lately,” he admits. “Just ain’t as fun as it used to be, ’cause I can remember when we would go out in 10 degree weather with a stiff sou’wester coming on board.”

His eyes seem to light up as he tels me stories that touch on all sorts of fishing lore, like the time someone got their traps cut out toward Schoodic, or the time the harbor froze up so tight nobody could go anywhere. The stories will surely live on, as will the fishing tradition that drives these “boys from Bernard” to work as hard as they do. 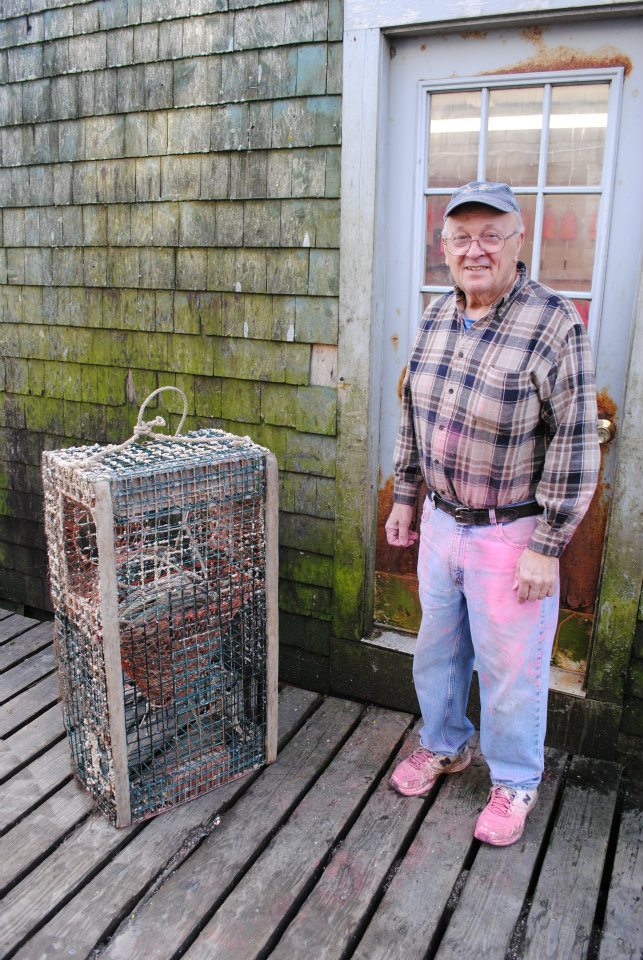 Dell, a longtime Bernard lobsterman, takes a break from painting his buoys. Photo by Alex Plummer/USHarbors.com.

Photos of Meet the Boys from Bass Harbor and Bernard 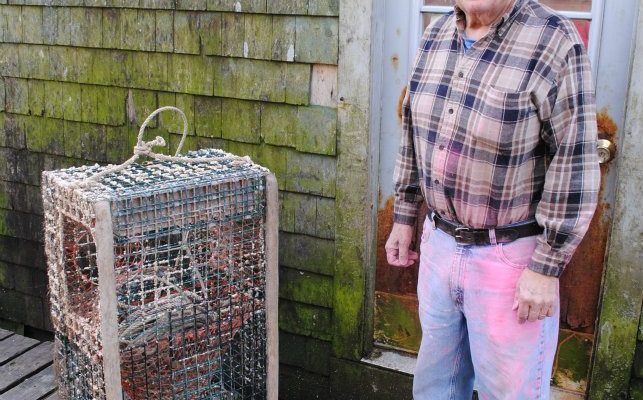 Dell, a longtime Bernard lobsterman, takes a break from painting his buoys. Photo by Alex Plummer/USHarbors.com.