After 31 days at sea, a dismasting, and a stopover on one of the most remote islands on earth, Newport’s Kenny Read and the rest of the crew of the Puma-sponsored Mar Mostro racing team have finally arrived in Cape Town, South Africa. Their arrival puts them on track to be back in racing shape in time for the second in-port race on Saturday, December 10, and the start of Leg 2 of the Volvo Ocean Race the following day.

Mar Mostro, competing in the 39,000-mile round-the-world sailing race, was dismasted Nov. 21 in the middle of the South Atlantic and made its way under jury-rig to the tiny island of Tristan da Cunha, where the crew waited for a hired freighter to arrive from Cape Town. That ship arrived at the island, population 262, on December 2 and quickly plucked the yacht from the ocean and strapped it to a cradle onboard the freighter. After three days of full-steam ahead, tracking software showed the freighter docking in Cape Town Tuesday evening (Eastern Standard Time). Meanwhile, a replacement mast had arrived just days earlier, shipped by special carrier from Rhode Island.

“If all goes well, we should make the In-Port Race on Saturday and the Leg 2 start Sunday,” skipper Read wrote in a blog entry posted just moments before the freighter carrying the stricken yacht reached Cape Town. “Just shy of a miracle, seeing we were well over 2,000 miles away from Cape Town with no mast, little diesel and limited food about 17 days ago. Thanks to the drive and energy and creative thinking of a huge amount of people, we look to be in reasonable shape to get back into this race.” 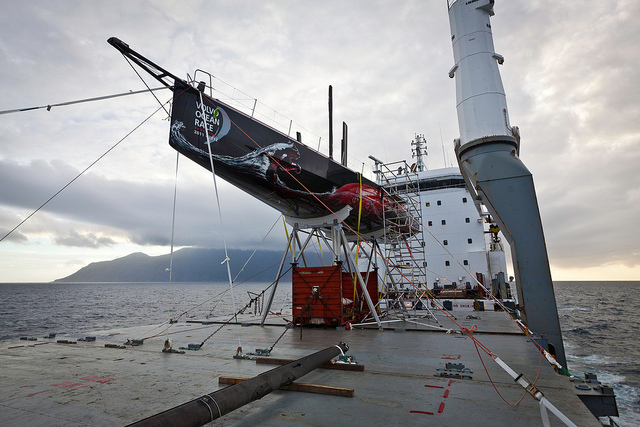 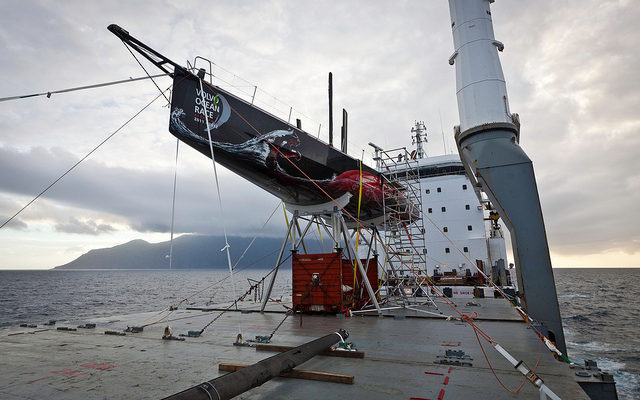