Dodging Hurricane Earl wasn’t our plan for visiting Lake Tashmoo in September 2010. We’d have preferred to enjoy this picturesque lake-like anchorage leisurely, as we had in the past. It’s a beautiful spot, one we like to linger in.

Alas, on this trip we were headed into Lake Tashmoo for hurricane protection. Hurricane Earl, south of us, was growing and projected tracks began to hint at a direct hit on the Cape Cod area in forty-eight hours. We threaded the narrow inlet into Tashmoo’s well-protected basin to look for a secure spot to ride the storm out.

Lake Tashmoo is one of the most protected anchorages on all of Martha’s Vineyard. The manmade channel (check current depths before entering) cuts through a wide, shallow delta of white sand that makes up the northern end of Lake Tashmoo. We’ve spent hours here swimming off the boat and wading through the shallows. The water deepens past the entrance and meanders along the treed banks, almost river-like, for a mile or more.

Anchoring out of the channel requires getting your keel close to the sandy bottom in some spots. It’s well worth it. Lake Tashmoo is one of those worry-free snug anchorages that sailors crave, especially when storm conditions are forecast.

The Tisbury mooring field, launching ramp and dinghy dock are well inside on the east bank (there are no public marinas in Lake Tashmoo). A pleasant 15-minute walk will get you to Vineyard Haven, which will have everything a boater may need. We made that walk to stock up on last-minute provisions and were joined by many islanders doing the same thing. Some businesses were busy securing plywood over their windows.

Locals were hauling smaller boats at the public launch. A few folks kindly found us a vacant, adequate, and inspected mooring which was a relief. I tested the mooring with all the reverse power we had. Once things were secured onboard, sails removed and or lashed, there was nothing left to do but wait for Earl.

Updates became more disconcerting. Earl had become one of the bigger hurricanes to rival Bob from the early 1990s. Some wind speed predictions were made for our area 48 hours in advance of the storm that I don’t even like to think about today. With the boat secured, we started to consider some shoreside shelter for our family or four, if predictions proved accurate.

When I awoke early on the day of Earl’s forecasted arrival, it was eerily calm in Lake Tashmoo. I was greeted through the companionway with a disturbing blood-red sky.

Then, a relieving change of events began with the weather updates on the VHF radio. Earl, much to our relief, was tracking offshore now. In the next few hours, the hurricane warnings for the Cape area would be downgraded several times, as Earl tracked farther northeast and away from Cape Cod.

Earl’s impact did arrive in Lake Tashmoo that night, on schedule, and brought 50 knots of wind. Several inches of rain pelted the decks as I kept track of boats around us through the night. Earl was more than enough hurricane for us and we were thankful for Tashmoo’s protection.

In the very early morning, winds clocked northeasterly which put us in the lee of the Tisbury shoreline. Soon after, Earl’s winds began to subside. By mid-morning, everything was calm, our dinghy was full of rain water, and Earl was bolting toward the Canadian Maritimes.

Lake Tashmoo is a good destination to know about, in fair weather or foul. 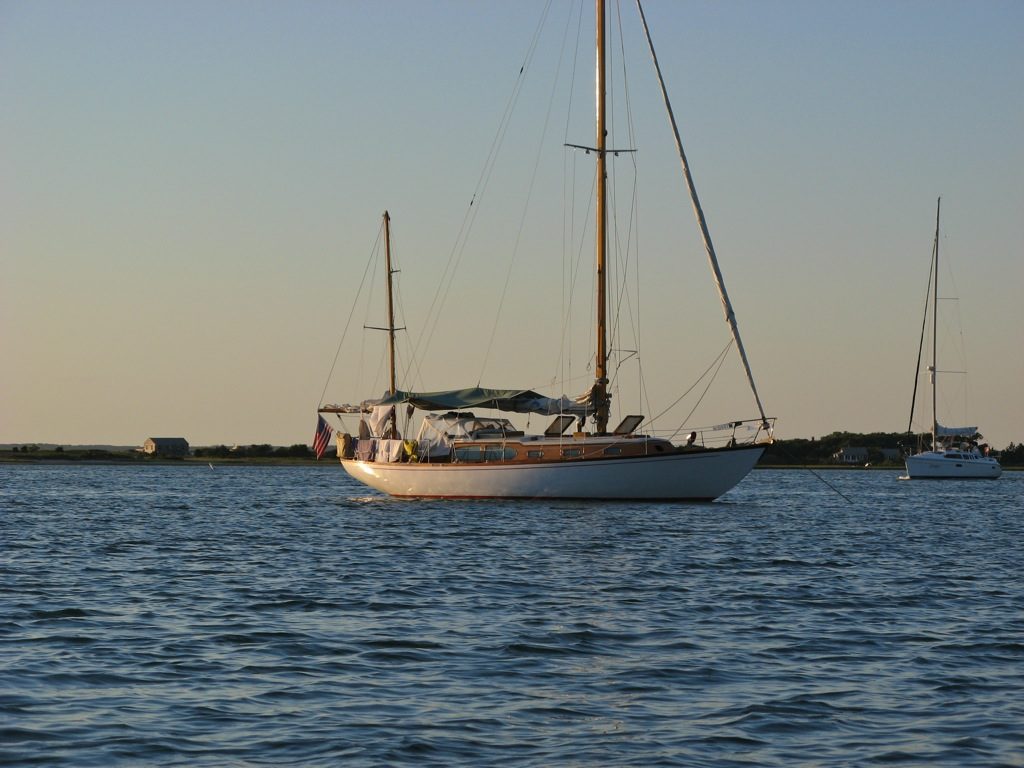 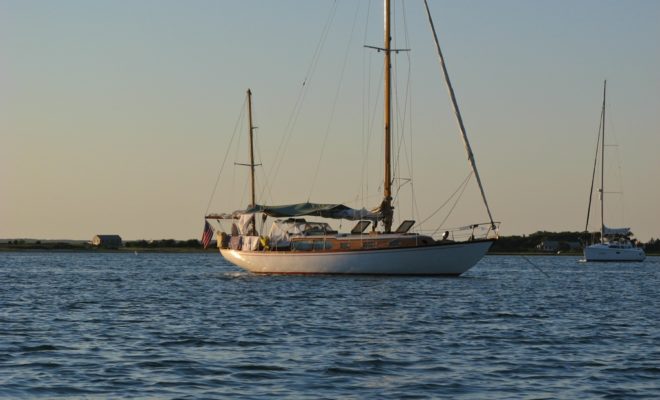