Pulling a Living from the Mud in Milbridge

His name is Richard Stanwood, his profession is clamming, and his home is Milbridge. A stout fifty-four-year-old who has been raking the local mudflats since he was 7, Stanwood wouldn’t have it any other way. “I was born right here in this town, over there on my kitchen table,” he jokes, while pointing toward his small but charming cottage. “I would never leave Milbridge. My dad was born here and I will stay here forever, or until they drag me off the flats, probably dead.”

Stanwood, who estimates that at least twenty percent of Milbridge residents are clammers, sells his wares in a small wooden shack next to his driveway. “I make out pretty good,” he says. “I mean I can pay the bills, but up these parts, there ain’t nothing much else I could do. I have got to pay the bills somehow.” Stanwood’s small shack is a direct extension of his living, and he knows it. “Don’t know what I would do without clamming. Just don’t know.”

Washington County is a hard place to live, let alone make a living. In Milbridge, a small fishing community that sits hard by the Narraguagus River, the economic prospects are few and far between. “Either you work on the water, or you work in the factory,” Stanwood says, referring to the local wreath-making plant that sits at the end of his road. “I tried hauling lobsters, but that ain’t for me, being out there eight, nine hours a day.”

The waters that surround the town come from many different sources. Milbridge’s outer harbor sits at the confluence of the Harrington River and Pleasant Bay to the east, and Pigeon Hill Bay and Douglas Island harbor to the west. Steuben is the closest neighboring town, about five miles down the road, while the Canadian border sits just under 50 miles due east. The coastline here is rocky, with giant boulders protruding from the ground, small sandy beaches that straddle the shore and thousands of towering pine trees that drape over the surrounding environs like a giant green blanket.

The lobstermen in Milbridge have to deal with rough seas and high tides, both of which, of course, make for great clamming. “I reckon we have about three or four twelve-foot tides come down through here a year,” Stanwood said. “These waters are tricky — you never know what you gonna get from ‘em.” 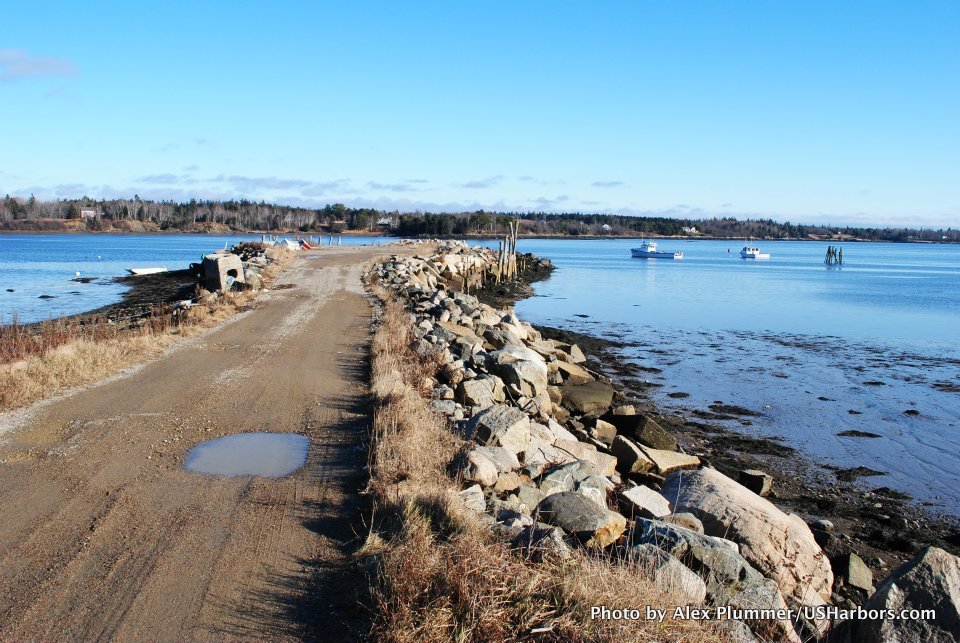 A fishing pier in Milbridge, home to clammers and lobstermen alike.

Photos of Pulling a Living from the Mud in Milbridge 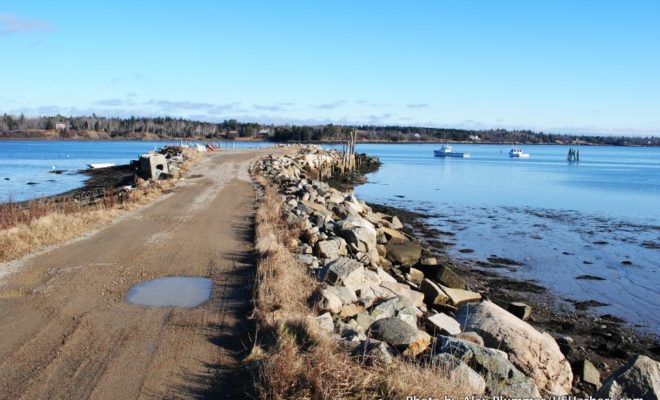 A fishing pier in Milbridge, home to clammers and lobstermen alike.