Scalloping for a Living; a Dangerous Pursuit

Scallop diving is dangerous business, make no mistake about it. Divers plunge into the icy waters of down east Maine, sometimes sixty to seventy feet down, all while the water temperature sits in the mid 30’s and the winter winds howl above the oceans choppy surface. It’s dangerous alright, but it’s also profitable, and that’s what makes it such good work.
Allan H Johnson, a lifelong resident of Winter Harbor, tends his lobster boat three days a week in the winter months, providing direct access for scallop divers to the cold and stormy waters off the Schoodic Peninsula. “I been fishing since I was 12,” he said, as he stood on the town dock on a bitter February morning. “These boys that dive make good money, and I get thirty percent, so it’s worth it for me.” Johnson runs his boat all over the area to find good scalloping grounds. “I been all the way up to Steuben and back down to Mount Desert Island. Don’t matter what the weather or where we are going, you ain’t gonna find better work around here in the winter.”
Johnson’s crew, which usually changes every week, is a perfect example of this lucrative pursuit. Just ask Robert Prescott, a diver for 17 years, who makes the daily trip all the way from Belfast just to get work. “It’s a long way to come, but the money is worth it,” he explained. “I can’t find nothing else better than this.”
Scallop diving is monitored by the state, who only allows forty five days on the water each season. Johnson believes that they are worried about the possibility of total stock depletion. “Hey, some days I can make a thousand dollars and some days I can make three hundred. All depends on when the state will let us out.”
The divers are hearty individuals, ready and willing to risk their lives for a good payday. I learned that they typically shoot for five hundred to six hundred pounds on any given day, but will make do with what they collect. “Hell, the price was seven dollars a pound ‘round Christmas,” Johnson said, shaking his head in disbelief. “Now we’re lucky if we can get us two dollars.”
As the sun rose over Winter Harbor’s snug inner harbor, I watched as these divers exited their trucks, hauled their gear down the ramp to the dock and headed off into the vast expanse of Frenchman Bay. I imagined them diving down into the murky depths of the ocean searching for that big payday. My body shuttered at the thought. Scallop diving may be an acquired taste to some, but for the hardy fishermen of down east Maine, it is as common as the cold weather in February, and the accompanying ice that blankets their skiffs. 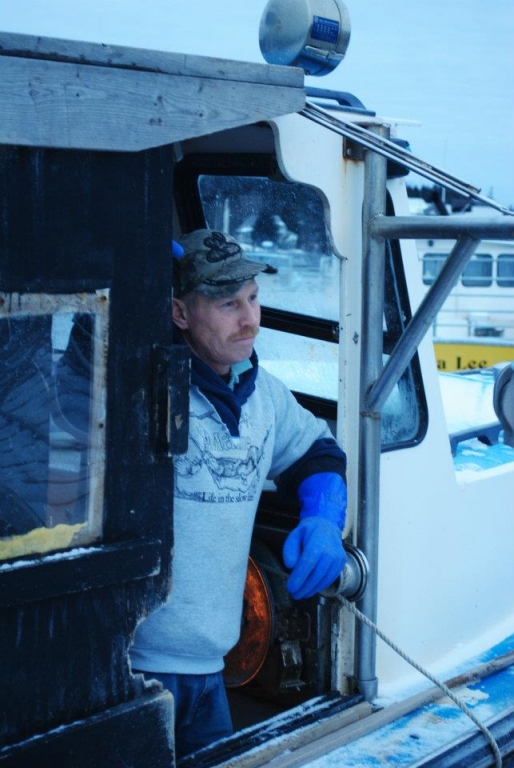 Photos of Scalloping for a Living; a Dangerous Pursuit 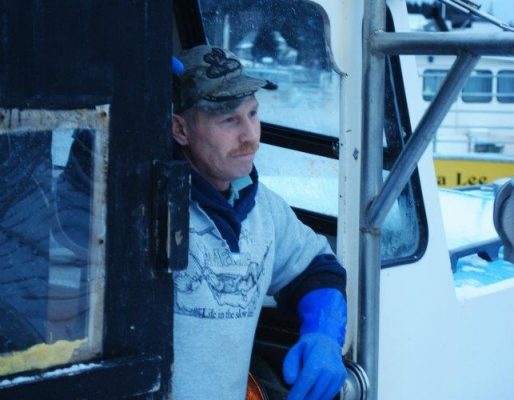