Discovering Restorations in Our Own Backyard 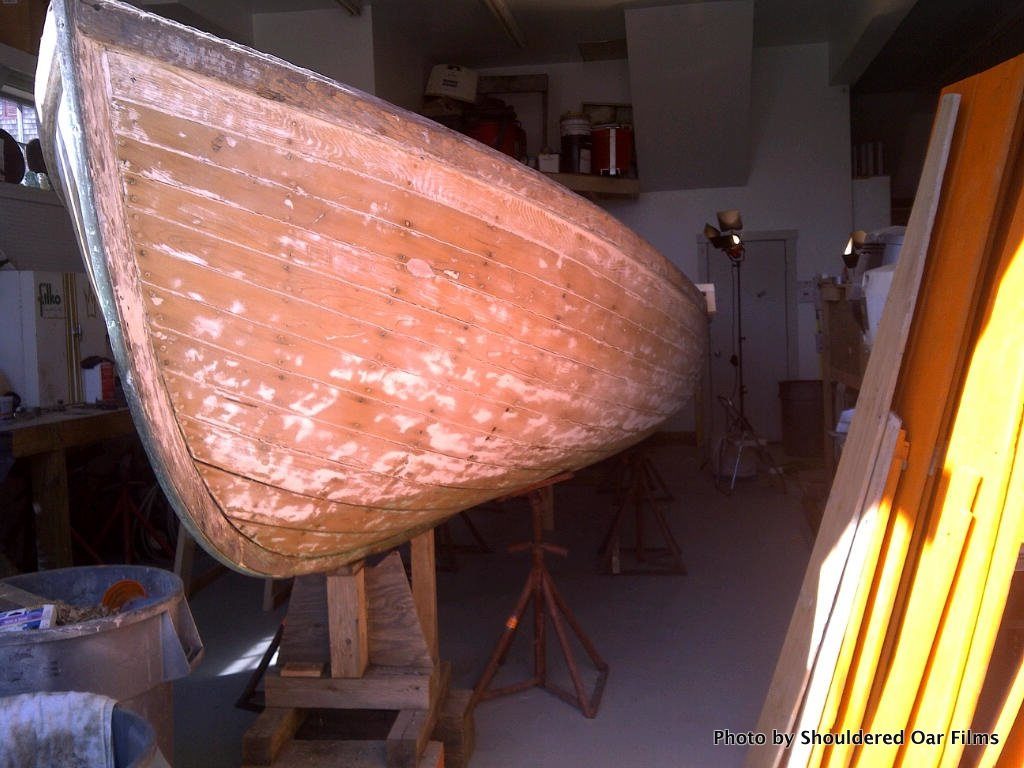 A 26-foot Monomoy Surfboat undergoing restoration for the Nantucket Shipwreck and Life-Saving Museum.

All documentary films are journeys of discovery. Our film, “Wood/Sails/Dreams,” has taken us off our island of Nantucket, across to Vineyard Haven, along the coast from Newport to Bristol to Wareham, and eventually up to Maine. Recently, though, we took our cameras to a little workshop on Nantucket.

We met Connor Wallace about a year ago, while we were filming some interviews with Alfie Sanford and his crew as they readied the 57-foot Sparkman and Stevens yawl Impala for a cross-Atlantic voyage. In the 1970s, Alfie and his brother Edward, made cold molded Alerion class sloops in their Nantucket shop, and a 2007 he designed and oversaw construction (at Pease Boat Works in Chatham) of the 40-foot Starry Night. That boat, a Magic Class 30, is a shoal-draft cruising boat.

These days Connor, who credits Alfie as one of his mentors in the wooden sailboat world and worked at Pease Boat Yard on Starry Night, is busy restoring a 26-foot Monomoy surfboat for the Nantucket Shipwreck and Life-Saving Museum. Alfie is overseeing the project.

You can follow the boat’s progress by clicking here . The folks at the Life-Saving Museum hope to have the boat in the water this summer.

Connor is also restoring a Herreshoff Fish Class, originally build in 1916, called Pampano. You can follow that restoration by clicking here.

We hope to bring “Wood/Sails/Dreams” to the big screen in time for the 40th running of the Opera House Cup on Nantucket, on August 19, 2012.

Photos of Discovering Restorations in Our Own Backyard 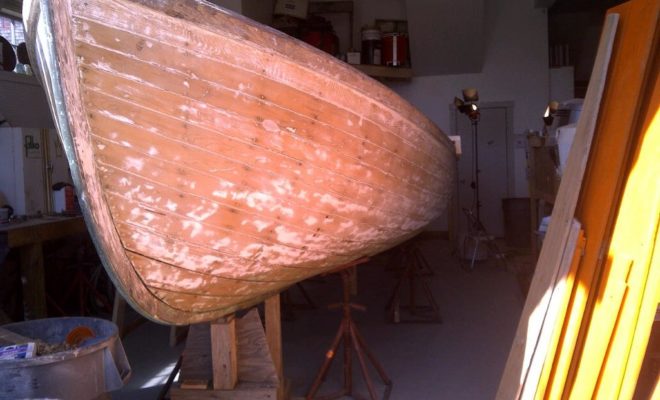 A 26-foot Monomoy Surfboat undergoing restoration for the Nantucket Shipwreck and Life-Saving Museum.