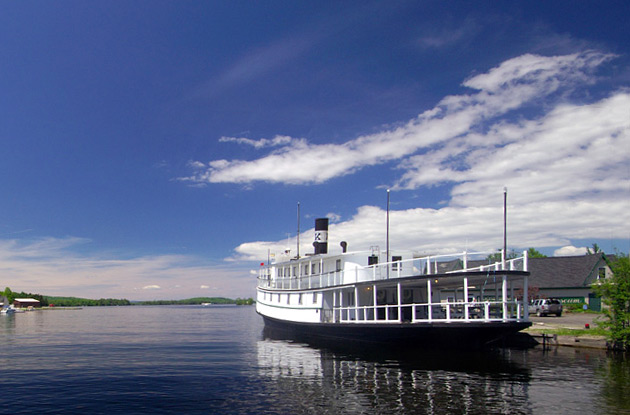 Our radar doesn’t usually reach all the way to Maine’s northern lakes, but a report about the steamship Katahdin way up on Moosehead Lake caught our attention. Anyone who has ever passed through Greenville couldn’t help but be startled by the sight of the 220-ton wooden ship tied up at the dock in Maine’s largest inland body of water.

Like any historic vessel, the Katahdin, built in 1914 at Bath Iron Works in Bath, needs periodic work. Unfortunately, the clock is now ticking on the next phase of the ship’s restoration, as last year she was taking in as much as 700 gallons of water per day before crews managed a temporary fix. Hauling the ship out of the lake is no small affair, and last time the Katahdin had major work done crews had to drive I-beams through the hull to haul it out. Let’s hope the next haulout can be a bit less traumatic!

Folks from the Moosehead Marine Museum, which manages the Katahdin and operates the cruises the ship does each summer, have a booth at the upcoming Maine Boatbuilders Show in Portland and hope to drum up some significant financial support for the $500,000 project needed to keep the ship sailing after this summer. Do yourself a favor and drop by the booth and chat with these great people about saving a coastal icon that has found a new home far from the sea.

To learn more about the Katahdin and the Moosehead Marine Museum, click here. 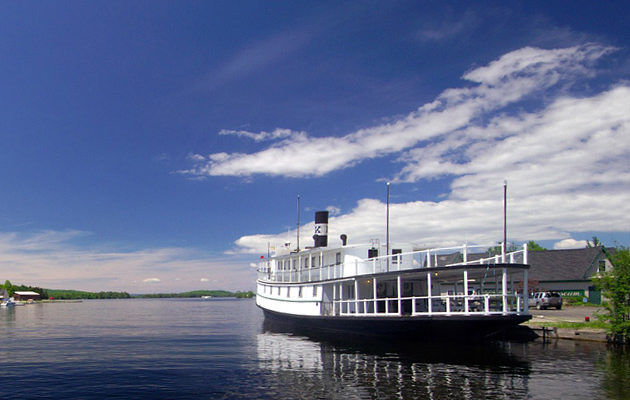