Native Americans called this place matchebiguatus, which means place where there is no safe harbor. They were referring to the currents and tidal flats and rocks and reversing falls of the Bagaduce River and Northern Bay. Depending on the tide, the river surges one way or the other beneath Route 175 (watch it while eating at one of Bagaduce Lunch’s picnic tables). Upstream (south), oyster farmers tend their growing shellfish: the Peasleys of Little Island Oyster Co. and Jesse Leach of Bagaduce Oyster. The river is cold and green, fueling small but shapely oysters that taste uniquely of this place.

Maine Coast Heritage Trust recently received a $1 million federal matching grant to work with local conservation partners Blue Hill Heritage Trust and The Conservation Trust of Brooksville, Castine and Penobscot to further wetland habitat conservation and land protection efforts in the Bagaduce River watershed. Protecting the surrounding landscape will ensure that the water in the river stays clean for the oysters. Through their filtering activity, the oysters further purify the water. To sample the bivalves, head to Cleonice or Finn’s in downtown Ellsworth, or see what’s shucking at Dennett’s Wharf in Castine.

Oh, and there are horseshoe crabs here, too. Look for them along the shore of the bay in June as they scramble atop one another, mating beneath the full moon. 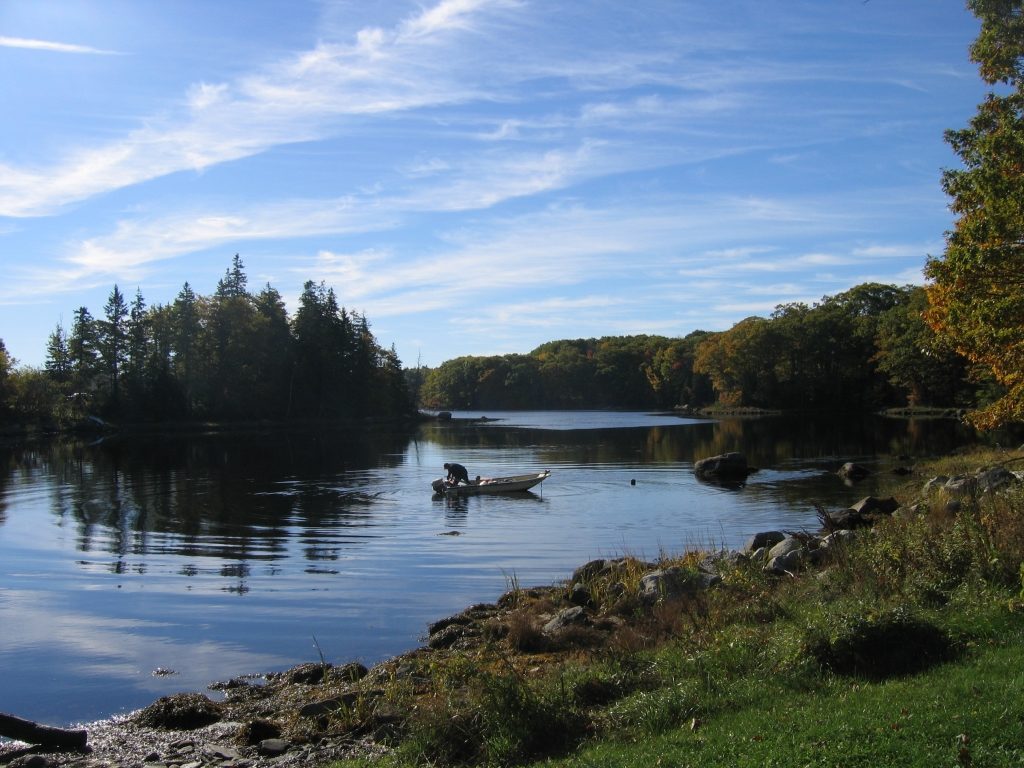 Photos of Oysters, Surprising Protector of the Bagaduce River