Looking Forward to May Days in Port Clyde

They say that April showers bring May flowers, and they are right, especially along the mid-coast of Maine. As I write this, rain is pelting the windows behind me, and the sky is a pale shade of gloomy. The temperatures are in the forties and the mercurial and downright unpredictable weather patterns of April are almost done with.

May, that mellow and magnificent month, is only a few days away. The flowers will bloom and the rain will subside, or at least we all hope it will! Down in the cozy fishing village of Port Clyde, the month of May means action, and by action, I mean getting things done that need to be done: Putting floats in the harbor, sweeping the sidewalks of winter’s remains, and trolling the deep waters of Muscongus Bay, where the soft shell lobster is never more abundant than now.

May is also a time to pause, a time to gather one’s thoughts. Another summer season of boats, dockside dining, and the annual arrival of summer people sits right around the corner. In some respects, May is the mellow month, a month when all the promise of summer still awaits, while the remnants of winter finally disappear, for good this time.

Here’s hoping that the fifth month treats us well this year! It usually does, and for that, we Mainers are very thankful. 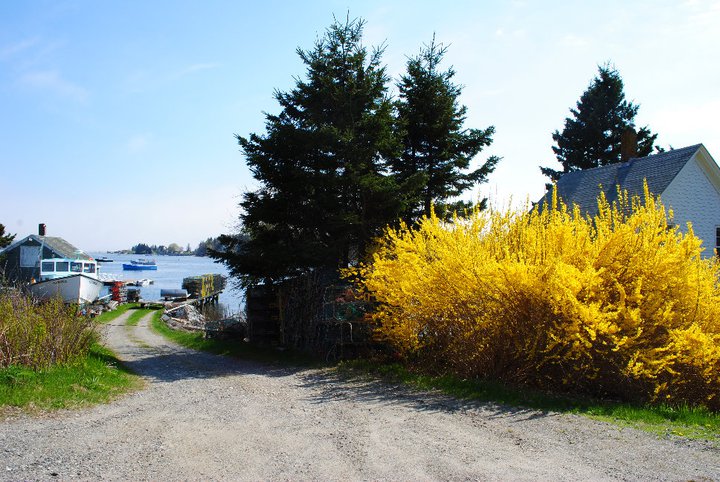 April showers bring plenty of May flowers to Port Clyde.

Photos of Looking Forward to May Days in Port Clyde 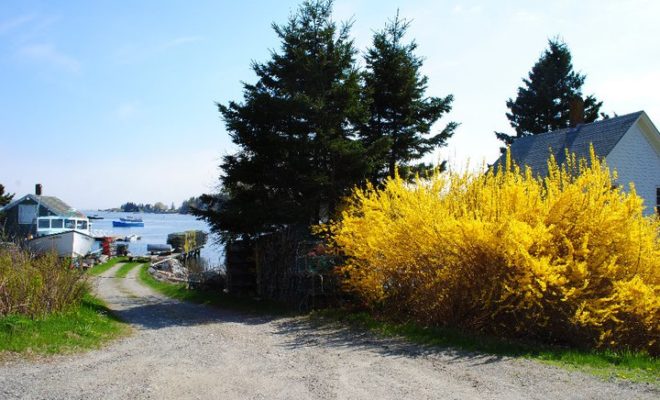 April showers bring plenty of May flowers to Port Clyde.