Ask someone from away what they know of Maine, and chances are they’ll say lobster. Ask someone from Maine what they know of lobstering, and it’s likely they’ll just shrug their shoulders. Alice Anderson, College of the Atlantic senior, is hoping to change that with an exhibit, Coastal Culture: Maine’s Fisheries and Working Waterfronts, at the college’s Ethel H. Blum Gallery in Bar Harbor on display through Friday, May 18. The exhibit combines a variety of art forms — woodcuts, photography, film, installation, and drawings — to help people understand the world of fishermen and what it takes to get seafood onto a dinner plate.

Anderson comes at this quest from a long interest in fisheries and two summers spent working at the Penobscot East Resource Center in Stonington. The first summer was spent working at the lobster hatchery. Last summer, Anderson traveled along the Maine coast attending regional meetings about the scallop fishery to get input on upcoming regulation changes.

“My hope is to make it so that people won’t take the seafood on their plates for granted,” Anderson says. “I want to offer a better sense of Maine and its deep connection to fishing.” Anderson wants to be sure people know that beneath each colorful buoy floating on Maine’s coastal waters are two lobster traps, that lobstermen fish as many as 800 traps, and that last year the industry brought in more than 100 million pounds of lobster. “So, yes, it’s also about scale and context,” she adds. “I want people to have a better context for the lobster and scallop fisheries and some understanding of the scale they are operating on.”

Asked why she chose artwork, Anderson says, “I’ve had four-hour conversations about the lobster and scallop fisheries. I think it would make my conversations easier if they have seen this exhibit.” Art, she adds, offers a more holistic, complete, oral, and visual perspective.

The interdisciplinary nature of COA has allowed Anderson to go deeply into issues of marine science and policy, while also exploring various art forms, including film, animation, and printing. 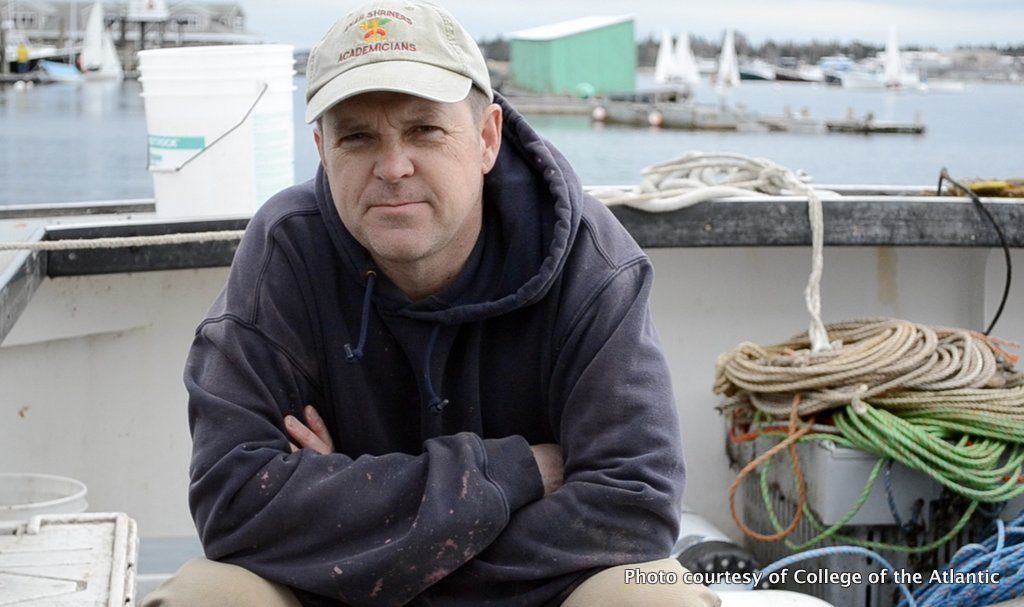 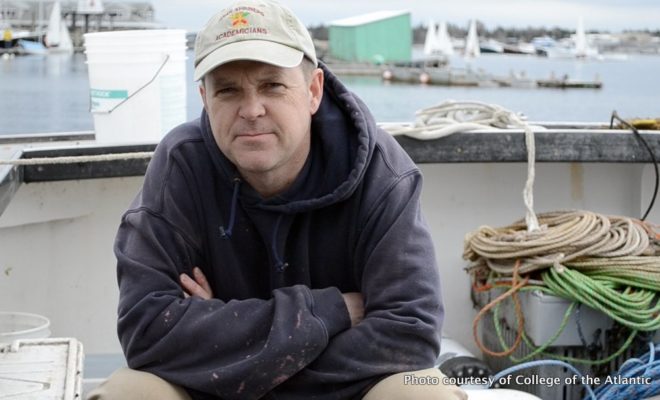