The first sail of the season is an event. Coasting into Cabot Cove, within Pulpit Harbor, I headed for my favorite spot deep inside, as Christmas lost enough way to lower our anchor.

It was the perfect forecast for a first night at anchor — no wind. Later, onshore in familiar woods, my wife and I were not far behind a big deer by the looks of its fresh wet tracks, the only tracks we saw on our hike.

The natural sounds of the cove were comfortably sinking in after a long, noisy winter. We live in a small village in Maine but the sounds of shore life, and even inside our old house, while pleasant, are not all natural.

In the late afternoon, returning to the boat, we rowed what seemed like forever up into the funnel shape of an immense (due to high tide), Cabot Cove. Approaching the water’s end, we first heard, and then could see, the tiny babbling brook feeding into the cove.

Rowing quietly along a shoreline as thick as nature builds if left alone, birds made nearly all the sounds, from noisy nesting Ospreys feeding their newborn to Eider ducks making gutteral clucks nearby. Quiet little black and white Guillimots cut soft wakes a safe (by their measure), distance from our dinghy.

We enjoyed such a natural treat for a few hours that I promised myself, I’d catch tomorrow’s sunrise. At 5 a.m. I stepped into the dinghy with my camera. It was a beautiful dawn lighting a much smaller (now low tide) Cabot Cove.

Back onboard, I made the first cup of coffee of the season (an event for me). It’s a different process than at home — the steps, the sounds, the smells, coffee is slower on the water, and usually better for it.

Finally brewed, making the familiar dawn climb up into the cockpit, I settled on the bridgedeck, to just sit. It was then I noticed our older Jack Russell, as eager as I was to just sit, and he climbed into my lap, as he always has in places like Cabot Cove in the early morning.

It occurred to me that when I would type this harbor report a few days later at home, also in the early morning, and with a faster cup of coffee, he would simply sleep in the worn chair nearby, disinterested in my morning home routine.

We sat together and watched for a long time, as long as we wanted to. Then the large Whitetail doe that left tracks the day before broke through the thick wall of spruce onto the water’s edge of Cabot Cove right before our gaze.

My dog watched her, suddenly riveted solid in my lap, until she disappeared back into the woods. 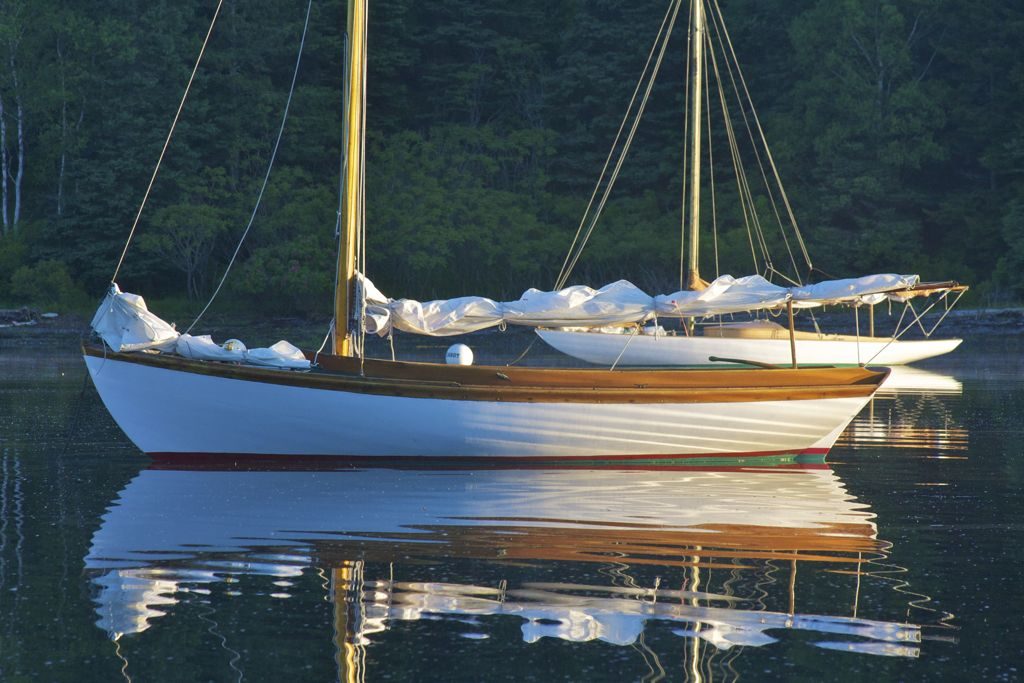 Photos of 5 a.m. in Cabot Cove 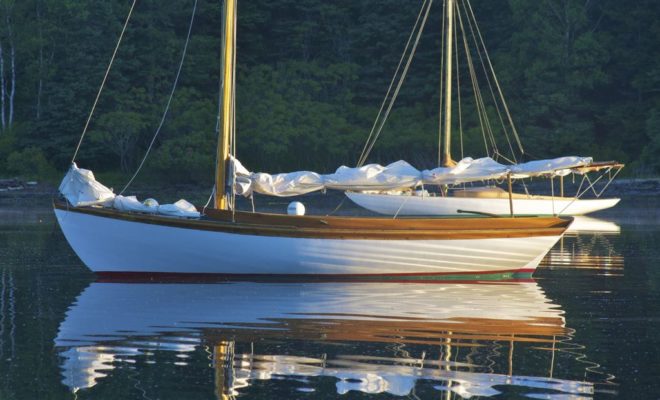