An Unexpected Guest on the Brothers Islands

Hello again from the Brothers. Since our last post we have had a very special visitor, an adorable young harbor seal pup. This young pup we found one morning stranded in the cove that connects Eastern to Western Brother’s Island.

It is not unusual to see harbor seals from Western Brother’s, as they enjoy resting on the rocks on Little Brother’s Island. Earlier that very morning we had seen an adult harbor seal hanging around the cove so we had high expectations that the mother would come back and claim her pup before too long, but the little sea dog was still there the next morning. He began to follow us around as we crossed the cove to do morning bird counts and would attempt to “talk” with a series of grunts. He would often suck on his tail or flippers and we became concerned that he may have been abandoned by the mother.

We called Allied Whale, an association which deals in rescuing marine mammals, about what we should do. They reassured us that it was not unusual for the pup to be there for a few days and that its mother may come in after dark to feed it. The next morning our friend was gone; we can only assume he is off with his mom living the life of a seal.

In other exciting news, the black guillemots have begun to nest. The guillemots are currently our sole reoccurring alcid species around the Brothers Islands, although recently we have seen an Atlantic puffin and a couple of razorbills who looked pretty interested in landing. Black guillemots typically have one to two eggs per burrow. So far we have located ten guillemot burrows, some with one and some with two eggs. They are likely still in the process of nesting. We expect to find more as the weather continues to improve. 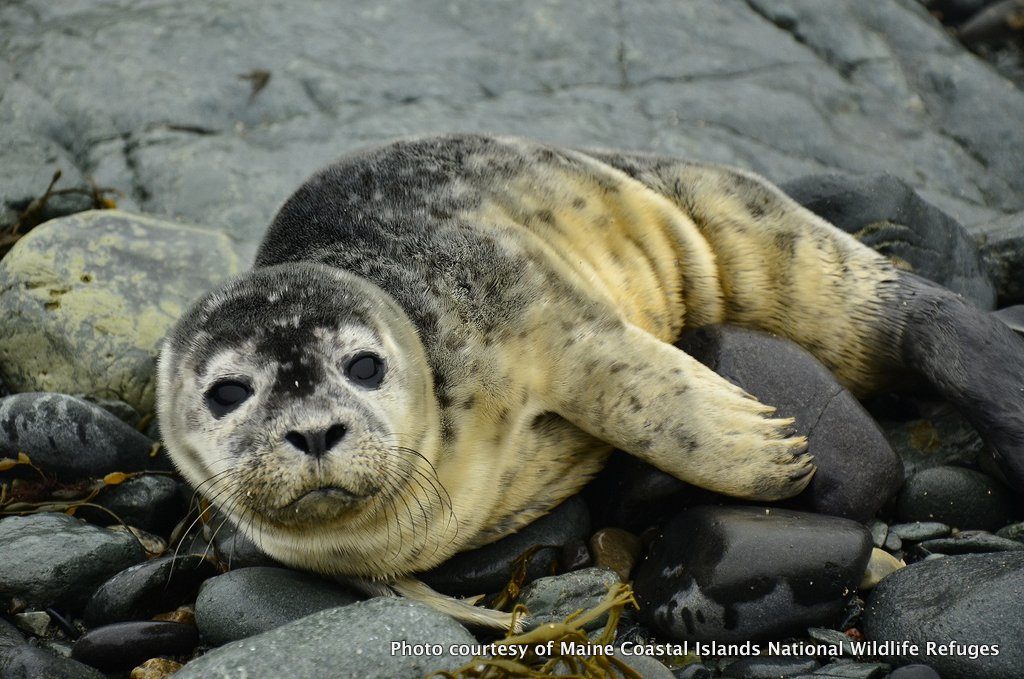 Photos of An Unexpected Guest on the Brothers Islands 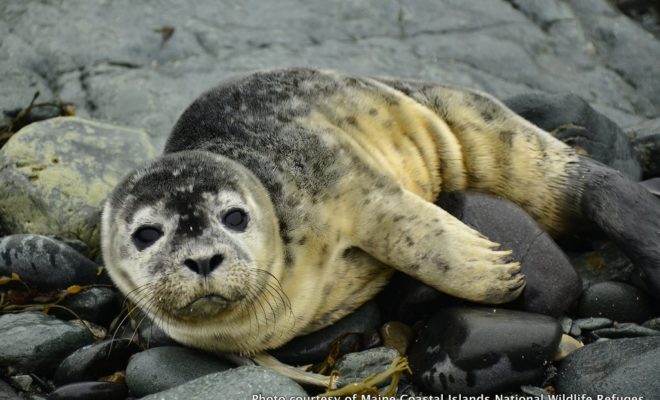