While our sister restoration islands team with clouds of countless terns, the “colony” at Eastern Brothers Island is a little more subdued. Meet Reginald Studpants McArthur, the affectionately named sole resident of our Common Tern colony. For the past few years, Reggie has made his home among the harem of artificial tern decoys we install at the beginning of the season. Part of our job here on Eastern Brothers Island is to monitor tern activity, so each morning we set up shop in the blind and prepare to watch Reggie for an hour as he goes about his daily business. He exhibits any number of behaviors such as fishing, preening, sleeping, circling the colony, chasing predators, and even attempting to court his decoys by offering them big shiny fish (sometimes while standing on their heads!). So far, no takers.

Terns, like other Larids (gulls and allies), each seem to have their own personalities as individuals. Even amongst a colony of thousands, their personalities shine through in the way they interact with others and their environment. Reggie is just the same and over the past several weeks it has been a real pleasure getting to “know” our tern as an individual. And by now he knows us, as well! When we enter the “colony” he is always right there with us, hovering above our heads or standing a few feet away, watching, calling, circling, and making sure we don’t harm his “friends,” the decoys. He trusts us and simply observes, curious about our activities but knowing we intend no harm. Novel objects, such as my backpack left behind on a rock, he seems to enjoy, hovering over them curiously.

There is one thing he does not tolerate, however, and that is the Eagle who visits us on occasional forays from neighboring Green Island. Eagles are destructive predators of seabirds and will eat anything. Terns exhibit a mobbing behavior to scare away such predators and Reggie is no different. To protect his colony of decoys he takes on the perilous task of chasing away the Eagle all by himself — diving, screaming, and doing everything in his power to chase the Eagle all the way back to Green Island before he returns, triumphant, to strut amongst his decoys as if congratulations were in order. And indeed they are, for one small tern against a giant Eagle is no meager feat! You go, Reggie. 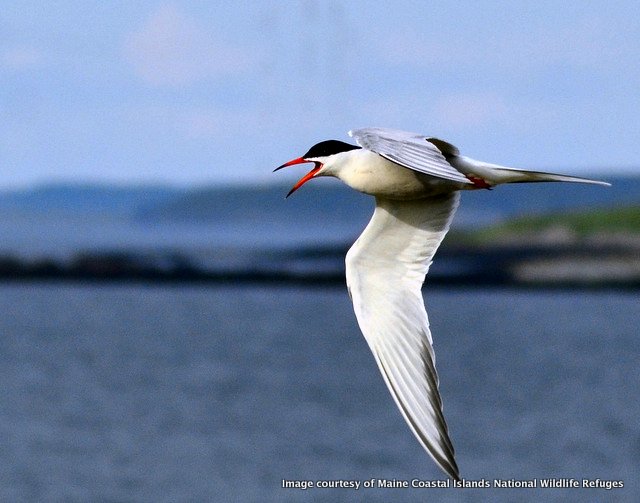 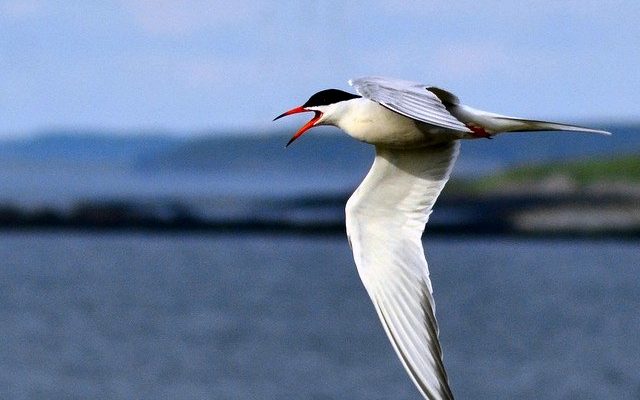