A Taste of the Old in the New Atlantic City

Glitz, glitz, and more glitz emanate from Atlantic City‘s casinos. These days, though, gambling is only part of the incentive; entertainment ranges from country to classical, rock ‘n roll to rhythm ‘n blues. Family events are now becoming as popular as the controversial beach bars. Boaters and other visitors to Atlantic City are delighted by the changes. Beautiful landscaping is everywhere, streets have been widened, and new buildings are sprouting up. There is a general pride in most of the city, though unfortunately crime issues still exist. A lot of credit for the improvements goes to the Casino Redevelopment Authority (CRDA).

Yet two distinct structures still exist from the old Atlantic City — or the old, old Atlantic City depending on how many times you count the changes — the ever-popular Boardwalk and the Absecon Lighthouse, which has just finished a total renovation project.

In 1837, a lighthouse was authorized at the northern end of Absecon Island adjacent to the inlet of the same name after years of pushing by Atlantic City’s founding father, Jonathan Pitney. Like others along the New Jersey coast (The U.S. Life Saving Service’s founder William Newell was so motivated after a shipping tragedy off Long Beach Island), Pitney worried about the high number of ships that grounded close to shore, especially those that foundered off Absecon Beach and the Absecon Inlet, which had been named “The Graveyard Inlet.”

The U.S. Lighthouse Service started the ball rolling in 1855 with land purchased from the Camden and Atlantic Land Company to the government for $520, and a whopping sum of $35,000 was designated for the project. Construction was started by Major Hartman Bache but finished by Lt. George Meade, an Army engineer who would receive his fame as a General at the Civil War Battle of Gettysburg. While not recognizable as such today, the Lighthouse was built high on a sand dune.

On January 15, 1857, the first light was lit in a First Order Fresnel lens. Absecon Lighthouse was constructed of double-walled brick with a foundation of granite blocks. It is a 171-foot-high, conical-shaped building. (The original iron spiral staircase steps still exist, numbering 228 up to the light, 12 more to the very top). On a clear night the light could be seen almost nineteen miles out at sea.

During the day, mariners could distinguish Absecon Lighthouse by its black center band, while the rest was painted a cream color. There were two keepers’ houses and a few outbuildings. Originally the colors had been red and white, but it was thought to be too similar and confusing with Barnegat Lighthouse twenty miles to the north.

Daniel Scull was the first Lighthouse Keeper, lasting only a few years. He was followed by also short-termed William Bartlett and John Nixon. Abraham Wolf took over in 1873 for twenty-three years, the longest tenure of any. Thomas Bills and Knud Hansen were the last keepers.

The light was originally lit with oil at night. Today Absecon Lighthouse is the only New Jersey lighthouse to still have its original lens in place. By 1925 electricity had began to be used; and the light remains a beacon for ships and boats offshore today. Owned by the State of New Jersey, the two-acre site was designated an historic site in 1961.

In 1933 the Absecon Lighthouse was decommissioned. It remained as a landmark, but rotting and inaccessible – many shore lights on buildings were blacked out during World War II as a security issue -until 1954, when Atlantic City’s Centennial spurred a new interest in the old structure. Governor Richard Hughes had the light re-lit in 1963, and the Lighthouse was re-opened to visitors in 1999.

Mariners cruising offshore and traversing Absecon Inlet sometimes miss seeing the lighthouse unless they know where to look. It is eclipsed by tall casinos, each competing for the prize of having the most neon. Visitors to Atlantic City’s historic structure are welcomed. Boaters can easily get transportation to the Lighthouse only a mile or two away, while cars can park on the Lighthouse grounds. Security is no longer an issue.

The Inlet Section has been re-built with townhouses while other homes are restored. New construction along the old creeks, where sailboats once exited for a day of fishing or taking tourists out for a ride, is a given. Yet the large commercial fishing industry remains alive and well. Gardiner’s Basin today is a restful spot with the educational Ocean Life Center.

Today the Absecon Lighthouse, built originally for $52,187.00, and renovated at a cost of over $3.5 million, has become the pride of Atlantic City. The lighthouse sits on the corner of Pacific and Rhode Island Avenues. It has ample parking off Vermont Avenue and a picnic area. 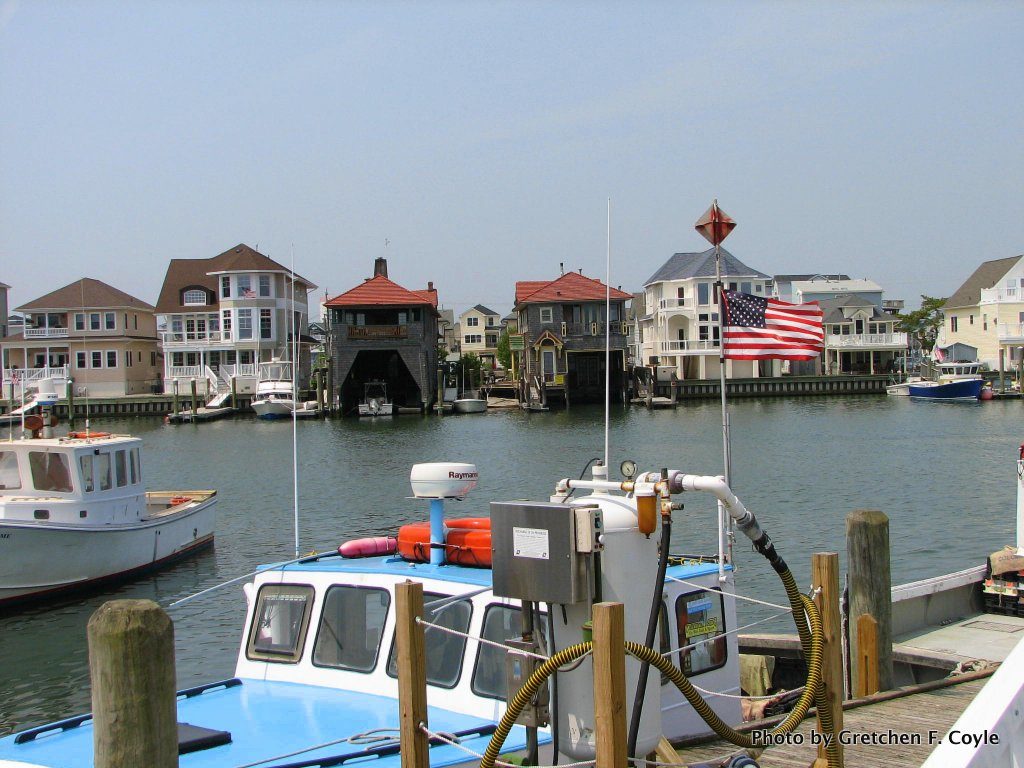 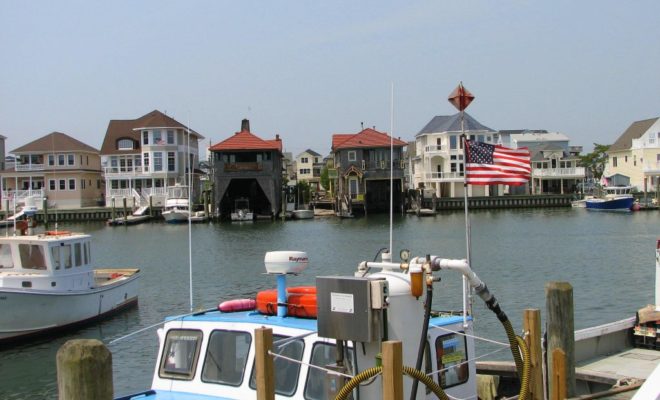