In recent years St. Augustine has become a comfortable stop for cruisers. Located at mile 777 on the Intracoastal Waterway, it also has a well-marked inlet to the ocean, making this a popular “hopping off” point for those in transit. While the city has long maintained a modern marina right on the downtown waterfront, it is only in the past couple of years that a city-owned mooring field has been established. The $20 daily fee includes dinghy dockage as well as pumpouts at the mooring. Long regarded as a difficult place to anchor because of the strong tidal current, sailors can now enjoy themselves ashore with peace of mind.

Across the street from the marina is the A1A Alehouse, a restaurant and micro-brewery with a balcony offering a second-story view of the historic center of the city, Cathedral Square. Once a walled city, St. Augustine was built around a park which still boasts the oldest cathedral in North America, the Spanish governor’s house, open air market, and a military barracks. Late in the nineteenth century, oil tycoon Henry Flagler decided to turn the city into “the Newport of the south” and built hotels and a railroad to make his dream come true.

A great many buildings and sites of historical interest are within an easy walk from the waterfront. St. George Street is closed to vehicles and offers a variety of small shops. Of course, it’s difficult to miss the Spanish-built fort commanding the entrance to the inlet and now operated by the National Park Service.

Cruisers needing supplies can find a grocery store just across the Bridge of Lions and two blocks up. Many feel a trip to St. Augustine is not complete without a trip to the well-known Sailors Exchange — part marine store, part junk yard and always a good source of local knowledge. This requires a walk up King Street, past Flagler College, past the liquor store, and across Route One. It’s probably just over a mile – and worth it. Sailors Exchange closes Saturdays at 2 o’clock and doesn’t reopen until Tuesday morning.

A conspicuous visitors’ center is a great source of information on the Pirate Cruises, Ghost Tours, Alligator Farm, chocolate factory, winery tours, carriage rides, and just about anything else a visitor could want. And it is all within walking distance of the marina.

In the spring of 2012, a free public dock opened at Vilano Beach, just north of the inlet. This daytime-only facility allows plenty of time for a trip to the brand new Publix supermarket only two blocks away. Inlet Marina right next door advertises the cheapest fuel prices in St. Augustine with the friendliest dock master, Jay Myers. 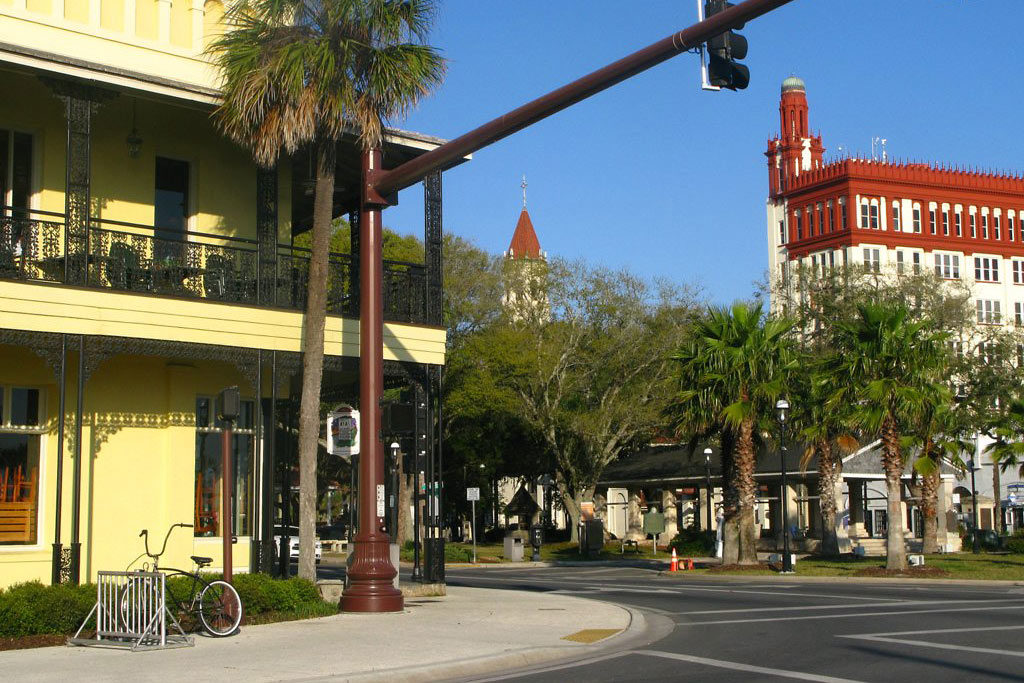 The A1A Alehouse, directly across the street from the St. Augustine Municipal Marina

Photos of St. Augustine: A Historic Stopover for Boaters 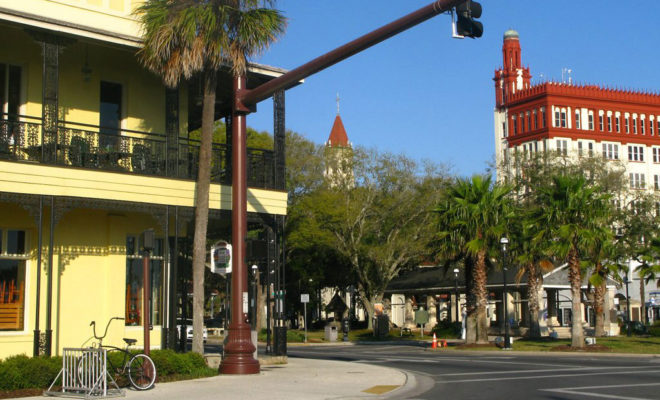 The A1A Alehouse, directly across the street from the St. Augustine Municipal Marina