Less than a mile away from downtown Woods Hole rests the small but beautiful Stoney Beach. Although Stoney Beach may not be as big as Nobska Beach or other beaches in Falmouth, this oasis is a cherished Woods Hole spot.

For kids, Stoney beach is exceptional for its lack of rocks and waves. Kids also love the jetty. A favorite activity at Stoney Beach is to clamber down to the end of the jetty and catch fish and crabs in their buckets. It’s great to see the camaraderie of kids as they slowly coalesce into a cadre of hermit crab hunter/gatherers, calling out to each other in excited voices as each new specimen is found.

Woods Hole kid friendships are formed in part from years on Stoney Beach, starting at age four with swim lessons taught by Megan Zottoli. Zottoli has been the lifeguard and swim instructor on here for fifteen years, and she offers classes for all age groups, weekdays beginning in July. Zottoli’s enthusiastic attitude makes the swim school successful, with the gradual progression from toddler splashing to pre-schooler freestyle and onto the competent and confident teens dominating the deeper waters.

But this beach is not just for kids. I love hanging out there for the cool breeze that comes up off Buzzards Bay, and the quiet time for reading a book, and the lap of the water at the edge of the sand. Best of all is my occasional dip in the ocean, the tingly feeling as my hot skin adjusts to the cool water and the glinting sun off the horizon as I swim out past the jetties with the Cape Cod canal bridge in the distance.

Stoney Beach is one of Woods Hole’s treasures. Its sandy and sheltered waters provide a perfect atmosphere for kids and adults alike. 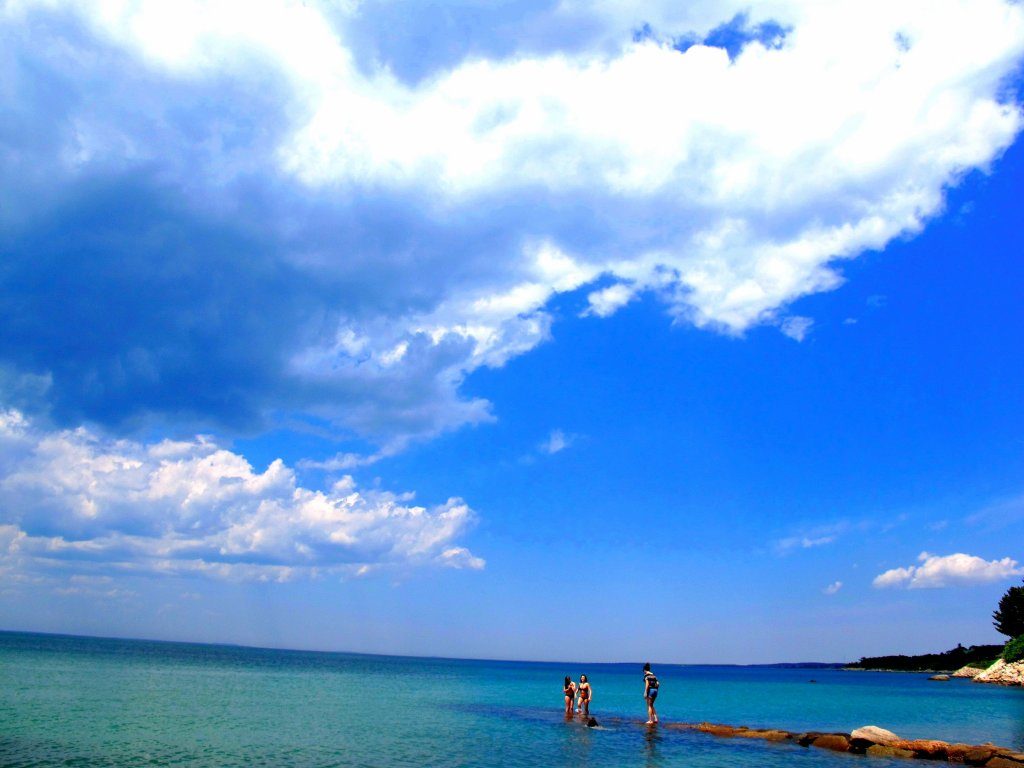 Stoney Beach, less than a mile from Woods Hole, is a cherished retreat on the Cape.

Photos of A Tiny Treasure in Woods Hole: Stoney Beach 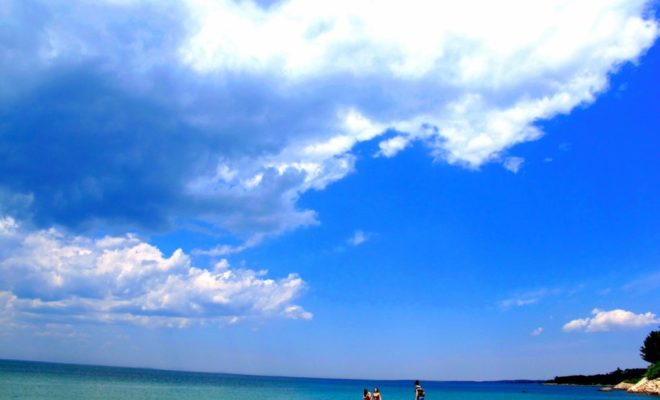 Stoney Beach, less than a mile from Woods Hole, is a cherished retreat on the Cape.