Under Sail or Power, Everybody Ends Up in Pulpit Harbor

Most anyone who is cruising the coast of Maine ends up in Pulpit Harbor eventually. It’s little wonder that many of us who live (and sail) nearby may end up in Pulpit Harbor several times a season. It’s just that kind of harbor — we never tire of it.

It’s always different, especially mid-season with new boats, people, and something interesting to watch. There’s lots of room inside, in fact after going under the bridge at the head of the harbor with the flood, we rowed a mile up inside and still didn’t reach the tidal end. After a beautiful row, we were tired when we got back.

Sailing is always on display in Pulpit Harbor. Last time we came into the harbor under sail, that’s always fun and challenging.

Here’s a tip: set your mainsheet tight outside and then forget it, you’ll only have time to tack your headsail. We were a little clumsy coming in and needed four tacks to clear the rocks and bars into the broad open harbor. It’s an exciting little sail where you can see into the eyes of nervous cormorants on rocks not far off your bow as the depth sounder reads 55 feet of water. Don’t dawdle on your tacking though…

Once through the wickets, we had plenty of space to gently coast the harbor on the light southeasterly wind, choose a spot to anchor inside, and lower our hook, all under sail. That’s fun.

Once set, we watched a North Haven Dinghy fleet finish their race inside Pulpit. We watched several boats sail in and out, most quickly tacking several times, then they were inside. Except one, an old Pinky-style schooner came in under sail and did it in only two tacks! Who was that guy?

Sailboats of all sizes and kinds from as far away as London were inside. Powerboats, lobstermen, paddleboarders, airplanes, you name it, everybody was there. 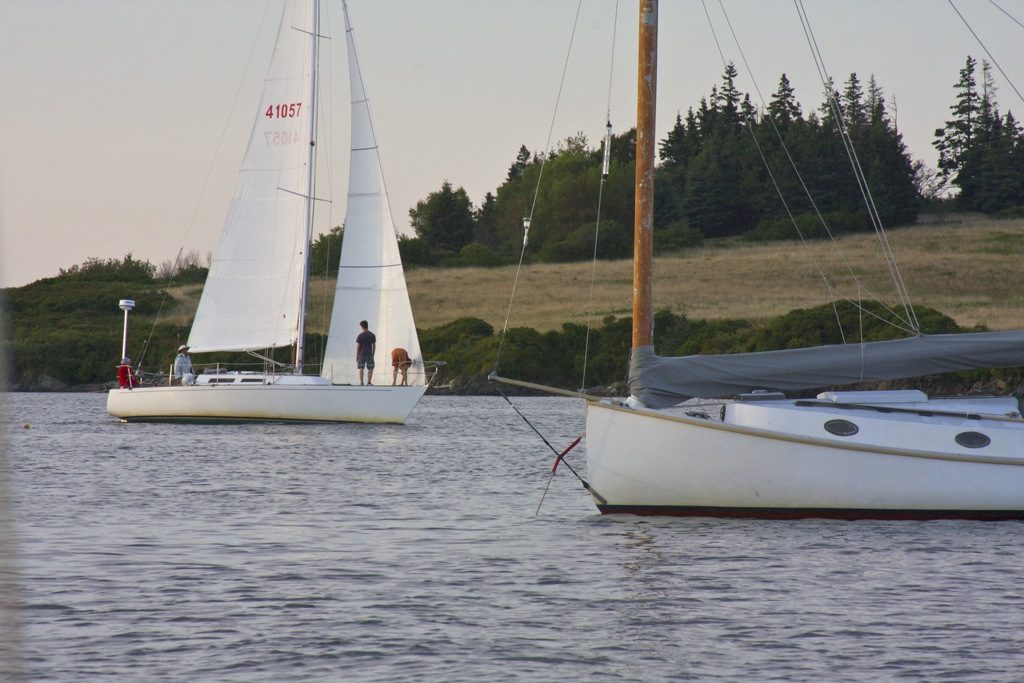 A boat sailing in.

Photos of Under Sail or Power, Everybody Ends Up in Pulpit Harbor 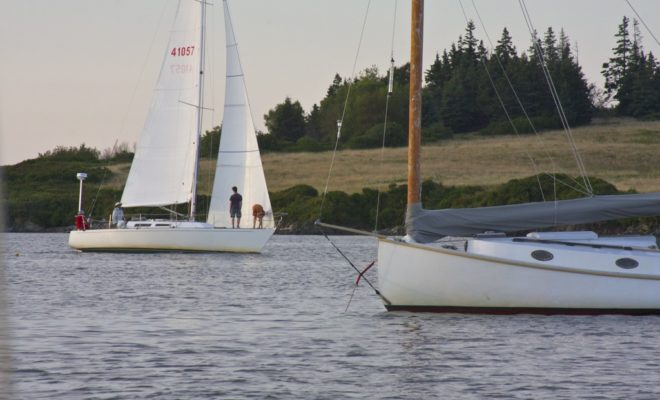 A boat sailing in.