Yes, I Was Out Fishing During Hurricane Sandy 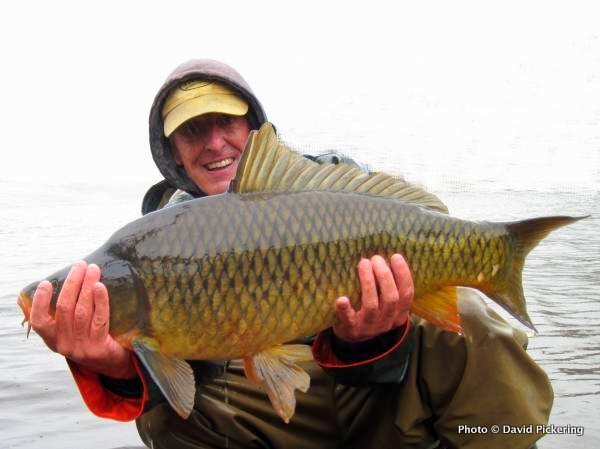 A nice 20-pound common carp I landed during Hurricane Sandy.

Yes, I was out fishing on Monday, but it was not for stripers. Fishing anywhere along saltwater on October 29 was simply impossible today due to the enormous surf, high tides, wild winds, and closed roads.

As most of you know, I have made a career out of fishing in nasty weather in both saltwater and freshwater. So, when I knew we were in for a real bad day with hurricane winds and driving rain, I just had to get out fishing. And, the best bet today would be to fish for carp in a protected spot in freshwater. The three largest carp I have ever caught (36 lbs., 36 lbs. 8 oz, and 40 lbs. 8 oz) were all taken on stormy and nasty days that were similar, though not as severe as this. I will tell you that carp just love this weather and usually go on a feeding binge during these events. It was last year during a big storm that I landed the biggest freshwater fish ever taken in Rhode Island waters, a 36 lb. common carp.

During Hurricane Sandy I was in a very safe spot to fish, away from blowing trees and debris as safety is always a concern on these types of days. In fact, the wind was at my back and I had a great view of the storm while watching my rods. The rain was coming down horizontally in sheets and the wind was blowing the trees in the distance sideways as branches were coming down.

And, yes, the carp were hitting as I expected they would. The first fish I landed was a 12 lb. common. Next, was a 20 lb. common carp. Next fish was the surprise of the fall for me. It was a large mirror koi that was a bright red with black spots all over it. It was a rare gorgeous fish, and this fish was only the second koi I have ever landed! Finally, the day ended with a 21 lb. common. All the fish fell for pineapple-flavored Pescaviva fished on a hair-rigged hook and fished ahead of an oatmeal-based method ball.

With fully charged seas and rough and nasty weather expected for the next few days, I will keep my attention geared to freshwater, where I know I can fish. It might be upwards of a week before the ocean clears up and striper fishing resumes.

Photos of Yes, I Was Out Fishing During Hurricane Sandy 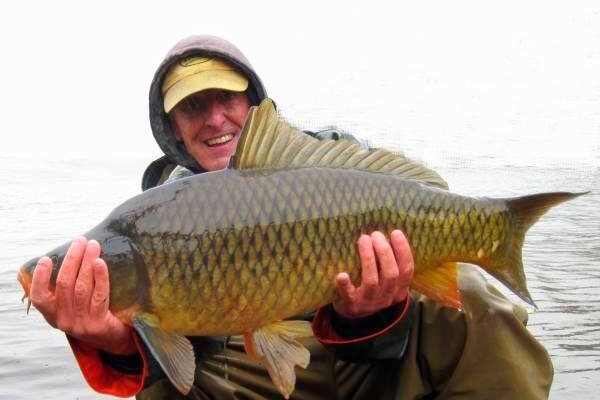 A nice 20-pound common carp I landed during Hurricane Sandy.