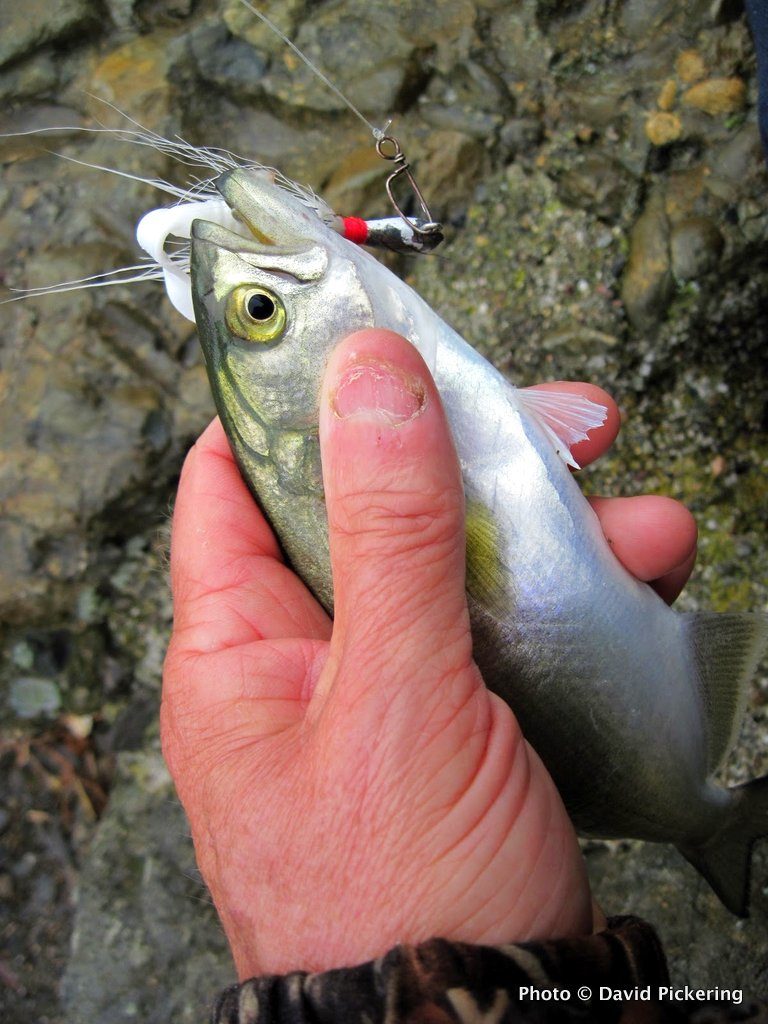 A snapper blue I landed in upper Narragansett Bay on a bucktail jig.

I am back to fishing saltwater. I got out on Friday and hit a number of places in upper Narragansett Bay, an area that received little damage from the hurricane. The water in the Bay was clean in most places, though there was some debris like leaves, sticks and trash in the water. Still, it was very fishable, and there were fish around. I landed three schoolies in three different spots along with one snapper blue. I got them all on bucktail jigs. The fishing was not hot and heavy, but there were some fish around. Most of the Bay north of the bridges should be fishable this week.

The oceanfront is another story. The south shore remains a mess. I had friends who went down to look around and I am always getting updates from my sons. The word is that access is a real problem and there are very few places to park. For instance, Matunuck Beach Road is open but the parking lot at Deep Hole is under two feet of sand and impassible. Same story with Succotash Road and the parking lot at East Matunuck State Beach. OK, even if you could park, the water in most places is still unfishable. It is full of mud, sand, weed, and debris, making fishing along the oceanfront a waste of time. I think it will take a couple more days to clean up, barring any storminess or rough water. The first places to offer fishing will be the backwaters along the oceanfront. Places like the salt ponds and the backs of the breachways on the outgoing water will be your best bets to find clean water and fish in the next few days.

So, my suggestions would be to fish the mid Bay and upper Bay or the backwaters along the oceanfront. These are not big fish areas and would be considered schoolie and hickory shad territory, but it’s fishing. 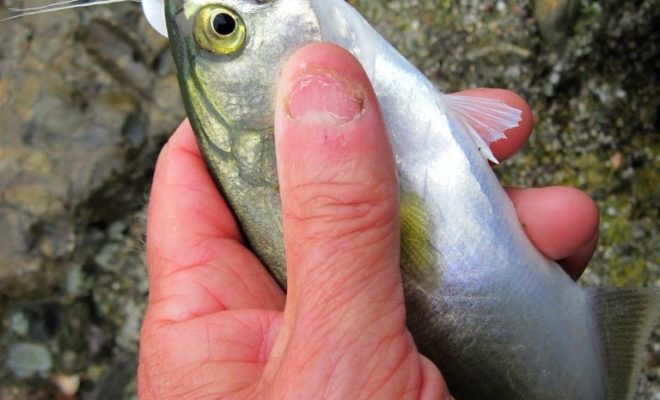 A snapper blue I landed in upper Narragansett Bay on a bucktail jig.