The scenes of destruction caused by Hurricane Sandy along the mid-Atlantic coast and Long Island continue to amaze and horrify us. Even with plenty of time to prepare for this storm, its winds and waves were clearly so powerful that most assemblies of wood, concrete, mortar, and nails were simply no match.

You could spend hours on the Internet watching videos of the damage, but here are five short clips that best capture Hurricane Sandy’s power and destruction.

In New Jersey, the barrier islands bore the brunt of the storm. Here’s a film of Hurricane Sandy coming ashore in Cape May:

Some of the worst damage we’ve seen has been at the head of Barnegat Bay. Here’s some incredible footage from Bay Head, shot by a bold photographer (he goes by “Ehncyclomedia” on YouTube) who paddled on a surfboard through the wrecked town:


In Seaside Heights and Lavallette, the story is the same:


New York City is finally getting up and running again, helped by the restart of the subway lines. Here’s some security-camera footage that shows you just what cleanup crews had to contend with when they ventured into the subways: 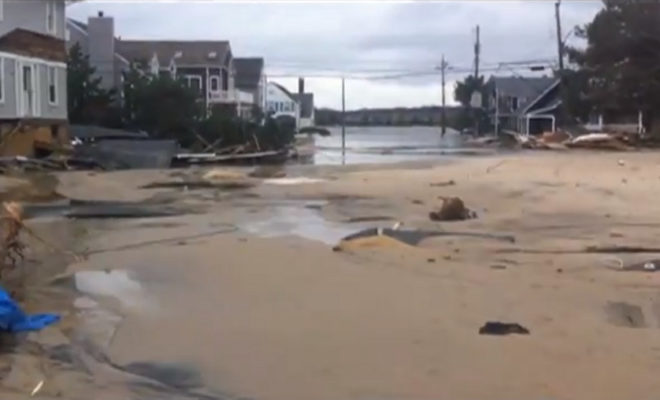