Off-Season Acadia: My Own Private Playground

Acadia National Park can be your own outdoor playground in the winter months. Gone are the crowds, which usually peter out after the last few leaves hit the ground in early November. The graceful sailboats of summer have all but sailed away, leaving the popular waters of Somes Sound, Northeast Harbor, and Blue Hill Bay all but empty.

Gone, too, are the many access points to the park and its surrounding environs. No worries, though, for true lovers of Acadia know that a portion of the Park Loop Road stays open all year. Just take a hard right after the Jackson Laboratory onto Schooner Head Road, or take a right on Otter Cliffs Road, between Seal Harbor and Bar Harbor.

Of course, there are other places to slip in and enjoy the solitude, and one of my favorites is off Fernald Point Road in Southwest Harbor, where the trail head to Flying Mountain and Valley Cove Trail sits, free of traffic and crowds. The quick ascent up to Valley Peak affords staggering views down Somes Sound and across to Northeast Harbor, where those famous summer “cottages” line the shore in a very impressive display of Shingle-style architecture. The trail winds along the top of Eagle Cliffs before swiftly descending to the rocky shores of Valley Cove, one of the most sought-after anchorages on the Maine coast. Short, but challenging Flying mountain completes this glorious loop, which also offers fabulous vistas out to Bass Harbor, Swans Island, Isle au Haut, and the Cranberry Isles.

Before the sun set during a recent visit, I made my way over to Otter Cliffs, where the dark of an early December afternoon was beginning to blanket the rocky shores of the Schoodic Peninsula, which sat off in the distance like a long arm protruding out into the Gulf of Maine. A lone fishing boat barreled across Frenchman’s Bay, heading for home, probably up to Winter Harbor, Corea, or Steuben. Every time I sit on these cliffs I think of Mr. Rockefeller and Mr. Dorr, whose amazing vision helped to establish this beautiful place, which can seem like your own outdoor playground come winter. 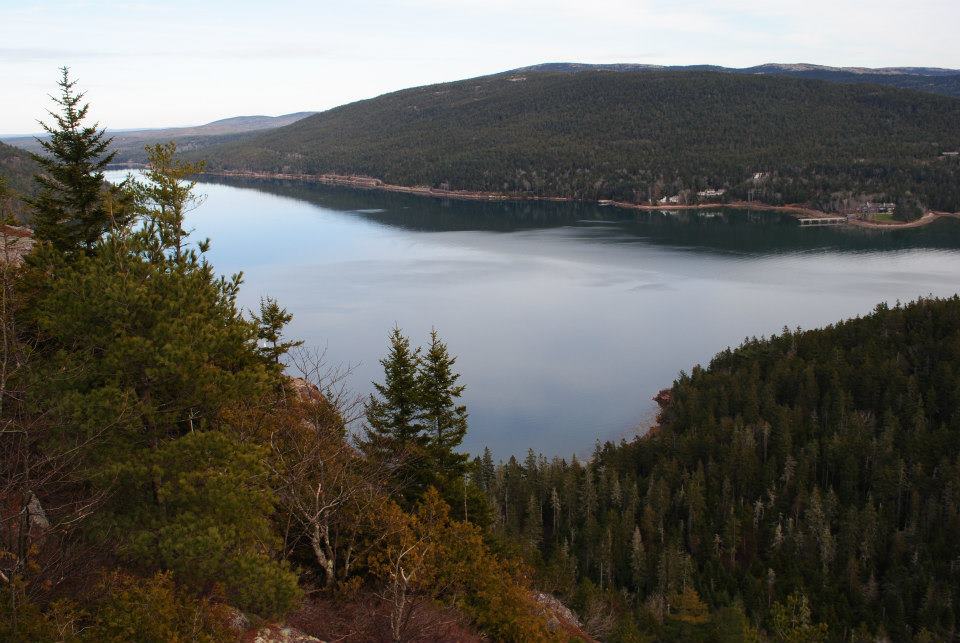 Photos of Off-Season Acadia: My Own Private Playground 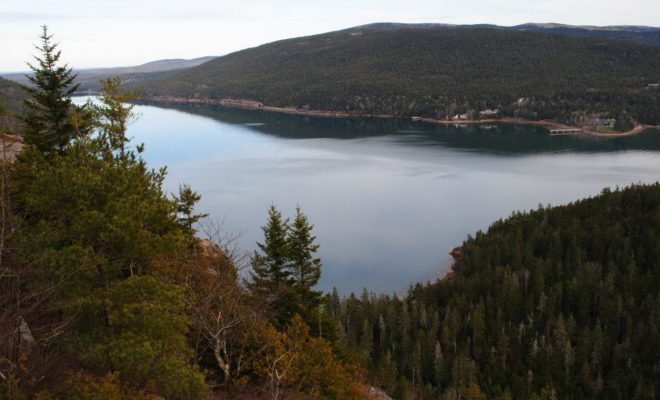