Ending The Season In Port Clyde

For John Hall, longtime Port Clyde fisherman, it’s about time to take a vacation. “Taking four weeks off,” he says while piloting his boat past Hupper Island and out into Muscongus Bay. “Going back down to Florida, gonna play golf, cruise around, just relax.”

Hall fishes 800 traps, and on this particular morning he was taking out the last 20 from the cold ocean. He usually starts in the early spring and goes the next nine or ten months full-tilt.

The day I was out on the water with Hall was beautiful for late January. The sun was warm and the water was dead calm. I could see Monhegan very clearly, along with Metenic, Vinalhaven, Allen, Burnt, Benner and Davis Island, and the rolling hills of Camden and Lincolnville. Hall and his sternman Carl quickly hauled the traps, wiped down the buoys, and stacked their bug catching tools in the back of the boat. They were now ready for one final cruise into the harbor, which has no traces of pleasure craft this time of year.

A break for any fishermen is always appreciated. They work very hard and are sometimes rewarded with unexpected things, like a 50-degree day in the middle of winter. Have fun in Florida! 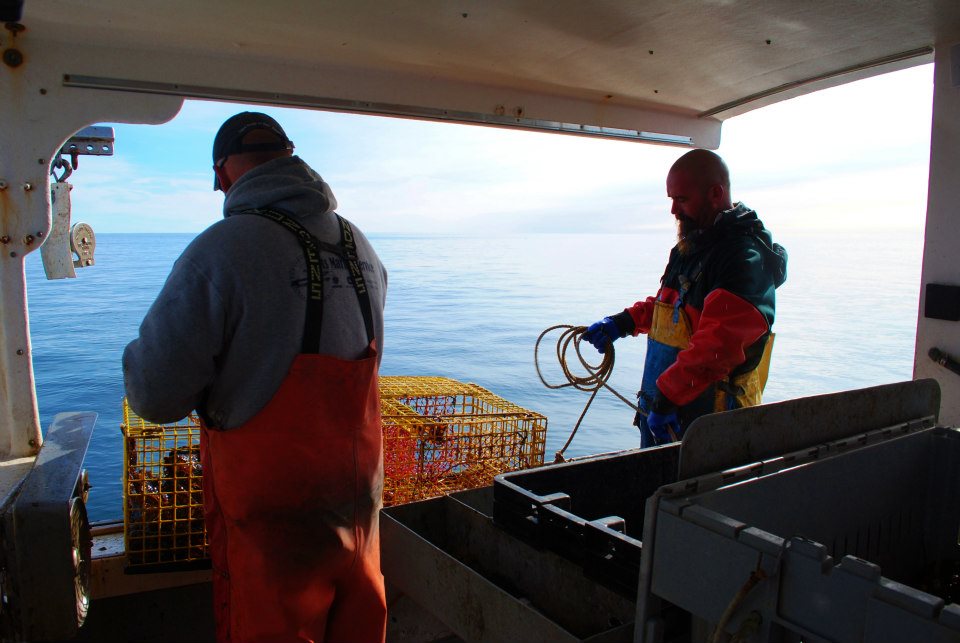 Teamwork is everything on the ocean.

Photos of Ending The Season In Port Clyde

Teamwork is everything on the ocean.