In the Middle of Winter: Stripers Gone Wild! 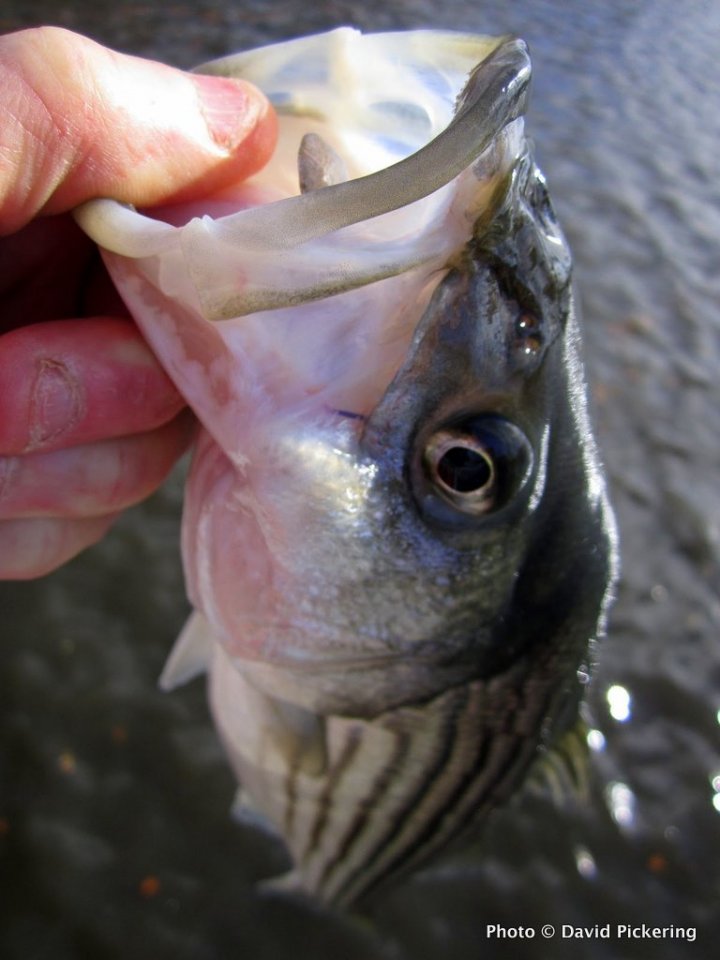 I suppose it can happen at any time of the year. Winter is no exception. You hit these rare days or nights striper fishing when everything is just right….. wind, tide, atmospheric conditions, bait, etc. Get all those things to fall perfectly into place and combine it with a boatload of fish and you have situations where stripers can go wild.

It was one of those times last week. Most fishermen know I fish all winter long for stripers. Haven’t been saying much this year, but still putting in my time and catching with fair success. Winter fishing is a different ballgame than the rest of the year and can best be described as VERY inconsistent. It’s hard to figure out. Sometimes they are around and hitting and sometimes they are not. You just simply have to get out and try it.

Winter fishing had been completely shut down for the last week due to the extreme cold and severe icing. In places where I had fished just a couple of days ago I probably could have walked out, chopped a hole, and jigged. There was that much ice. Yet, in one day of a big warm up, huge wind, storminess, and rough water, the ice was suddenly broken apart and gone. I mean ALL GONE in a matter of hours.

Whether it was the departing ice, or the storminess of the day, or the pressure dropping, all hell suddenly broke loose. I saw fish busting on the surface and they were in that wild mood to attack anything that moved. It was as hot as it gets, with lots of schoolies and even near-keepers landed (see photo of near keeper). As usual, all the action was on a Zoom fluke mounted onto a half-oz. jighead.

So, last week was real good. Today might be a different story. But, like all striper fishing, nothing is a sure bet and you just have to get out and try it. Even in the middle of winter!

Photos of In the Middle of Winter: Stripers Gone Wild! 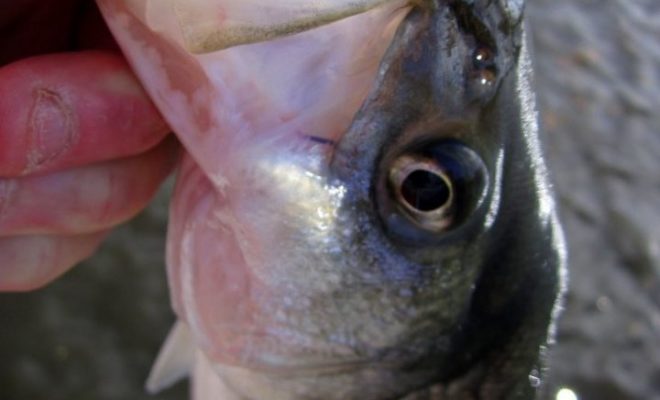