When the Temps Drop, Diehard Sailors Hit the Ice

Midcoast Maine’s hardwater sailors were out in force on Saturday as the fleet gathered on Chickawaukie Lake in Rockland.

One of the boats included a beautiful example of an iceboat that belongs to John Eastman of Camden. It was “restored” by yacht builder and fellow hardwater sailor Bill Buchholz, also of Camden.

According to Buchholz: ” I built that boat; actually it’s a ‘restoration’. It’s a Meade built in 1965. It was a rotten mess when I got it, but the plank was nice, as was the hardware. I had two ribbon-striped mahogany planks left from a yacht planking job which I knew would be perfect for the fuselage side planks. It was those two pieces that actually inspired the project. All that’s left of the original boat is a piece of wood that had the builder’s name and date to which I added mine.” 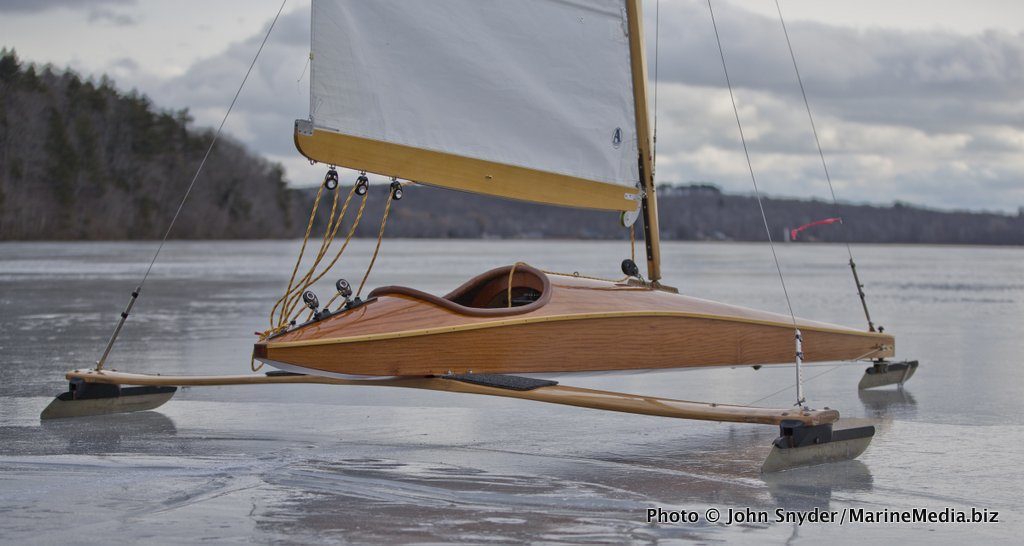 A stunning restored 1965 Meade iceboat on Chickawaukie Lake in Rockland.

Photos of When the Temps Drop, Diehard Sailors Hit the Ice 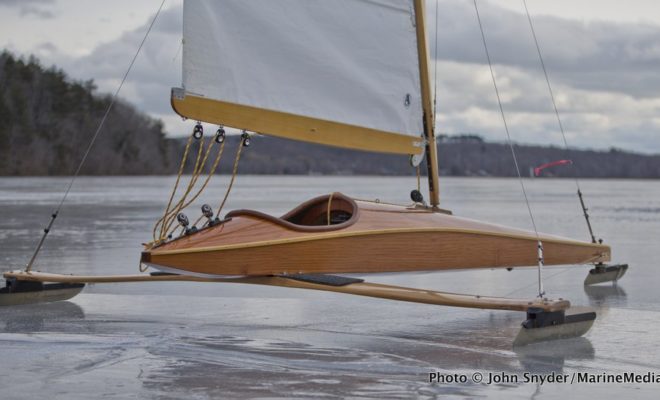 A stunning restored 1965 Meade iceboat on Chickawaukie Lake in Rockland.