Early spring striper fishing is right around the corner. Favorable conditions are coming in the next week. As of right now, I know of no stripers that have been taken along the oceanfront, and I know a good number of fishermen who have tried. But a warm-up started on Sunday and we should see several days in a row with temperatures in the sixties. More importantly, the wind will shift to south and southwest for several days. The southwest wind generally drives warm water northward and causes a big upswing in surface water temperatures. Right now NOAA lists the water temperature at just a cold 41 degrees off Newport and a few degrees warmer in most locations in the Bay. Lastly, the new moon is on April 10. That moon phase tends to bring exceptionally high and low tides which cause a lot of water movement, something stripers just love. So, if I were a betting man, I’d put my money on this week as the start. We’ll see.

So, with the spring season practically here, are you ready?

For the first couple of weeks this will be just about all schoolie fishing done with light tackle. It just ain’t complicated in the early going. A few lures is all you need to get in on plenty of action. Here is a list of the four “must have” lures that are the most effective.

1. Cocahoe Minnow – This is the very best lure along the oceanfront and sometimes works well in the Bay. This plastic fan tailed body is threaded onto a small jighead of 1/4 to 5/8 oz. Light colors like pearl or glow are your best bets. Cocahoes come in a small size (3 in.) or the large “queen” size. Either one usually works though I carry both sizes. These are hard to find, but Quaker Lane in N. Kingstown usually has a good supply.

2. Zoom Flukes – This is your best bet in Narragansett Bay. The plastic fork-tailed body is threaded onto a small jighead as described above. Light colors are best. I prefer an albino color. These come in two sizes that work, a regular fluke or the “super” fluke. Can’t find a Zoom fluke? Try the Fin S fish.

3. Bucktail Jigs – Ah, the ole reliable bucktail. You’ll need to add a plastic tail to them for added action, but they still produce with amazing effectiveness at both the ocean and in the Bay. I like a half oz. homemade flathead jig with a 3-inch Bass Pro triple ripple tail.

4. Shrimp Fly Teaser – Not a main lure, but it’s real hot as a teaser rigged ahead of the jig. The shrimp is by far the best early season teaser and will even outperform the jig at times along the oceanfront. 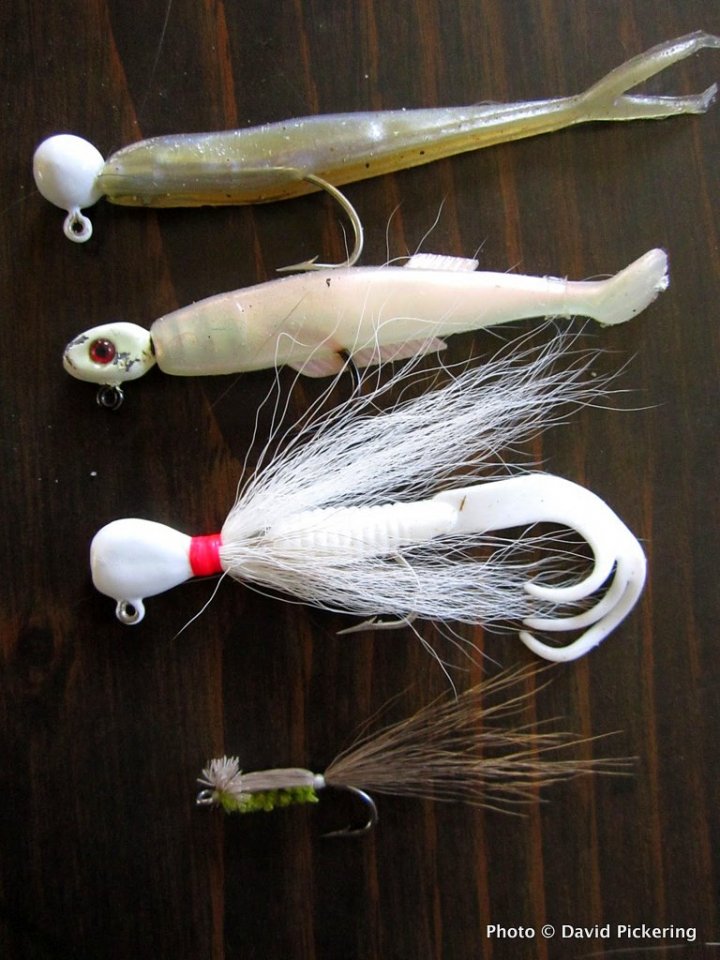 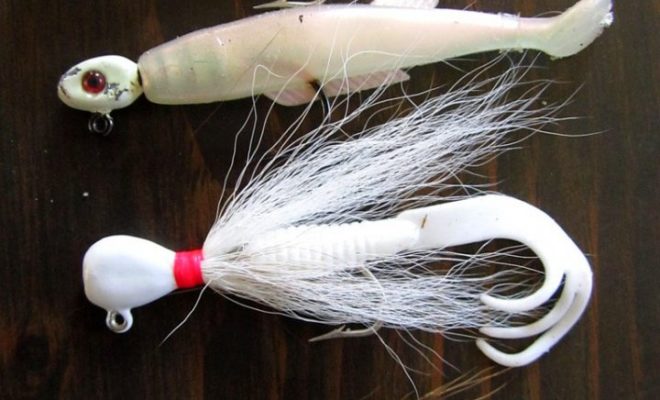