Dark Harbor: A Unique Blend on the Coast of Maine

“We’re happy to tow you into the dock,” a well-meaning man in a large inflatable boat said as we rowed our dinghy through Ames Cove. It must have been our perplexed looks which then spurred the man to ask, “Unless… you’re enjoying… rowing?” Ha! In fact, we were. With chuckles all around we thanked him as he sped off for the Tarrantine Yacht Club docks.

The comic episode reminded me: Dark Harbor has a history of a few misunderstandings between full- and part-time residents. Not long after the end of the Civil War, the first vacationers arrived on Islesboro Island. Soon after, “cottagers” began to establish an opulent high-fashion summer colony in Dark Harbor, a village on Gilkey Harbor.

If you’ve ever sailed through Gilkey Harbor, this is no surprise. Gilkey is a vast natural harbor full of quiet nooks and crannies. Little wonder the same harbor that drew fishing, farming, and commerce under sail a century before would be a sought-after prize for our first summer residents. The farm fields that rimmed the harbor were perfect building sites, and the views — stunning. By the end of the 19th century, Islesboro’s locals would see a summer-driven island population explosion that must have been shock.

History shows Islesboro is a quieter place today, a century later. Large and stately “cottages” around the edges of Ames Cove and Bracketts Channel to the south are a testament to the roaring bygone Gatsbyesque era. After rowing through a fleet of graceful Dark Harbor 20’s, now in their 80th racing season, we explored Ames Cove by dinghy. Gliding through a cluster of colorful Turnabout one-design sailboats in front of the Tarrantine Yacht Club, we tied our dinghy at the nearby docks of the Pendelton Yacht Yard to explore Dark Harbor on foot.

Dark Harbor village on this late July day feels like walking onto a movie set engaged in shooting a summer episode. Nothing unusual in that. To varying degrees, a summer stage is set along our Maine coast for the annual influx of warm-weather visitors. Dark Harbor’s summer season looks like it will be the brief classic version, July 4th to Labor Day.

Dark Harbor is a beautiful, small village of historic buildings well-kept and framed in a bounty of July blooms. Shops and home businesses have colorful hand-lettered signs out front announcing the day’s sales and specials. We strolled by the actual Dark Harbor proper, just a small cleft in the east side of the island which is visible over the tidal pool in the village center.

Ice cream had drawn a handful of kids, many in tennis whites, fresh from lessons and matches, to the Dark Harbor Shop. A nanny or two with young charges in tow were also headed inside for ice cream or sitting at the tables and chairs out front.

We watched Islesboro move slowly by on Pendleton Point Road, island cars and working trucks with Maine license plates. Local or from away, in the 21st century it’s not always easy to tell who is who. Dark Harbor is a casual place and no one seemed to be in any rush on this fine July day.

You’re apt to hear the word, “summer” used as a verb on the porch of the Dark Harbor Shop in July, but in February, I doubt you’ll hear “winter” used as anything but the noun on Islesboro. That’s coastal Maine today. A centuries-old mixture that will never, perhaps, be a perfect blend. Which is precisely why we love it so much! 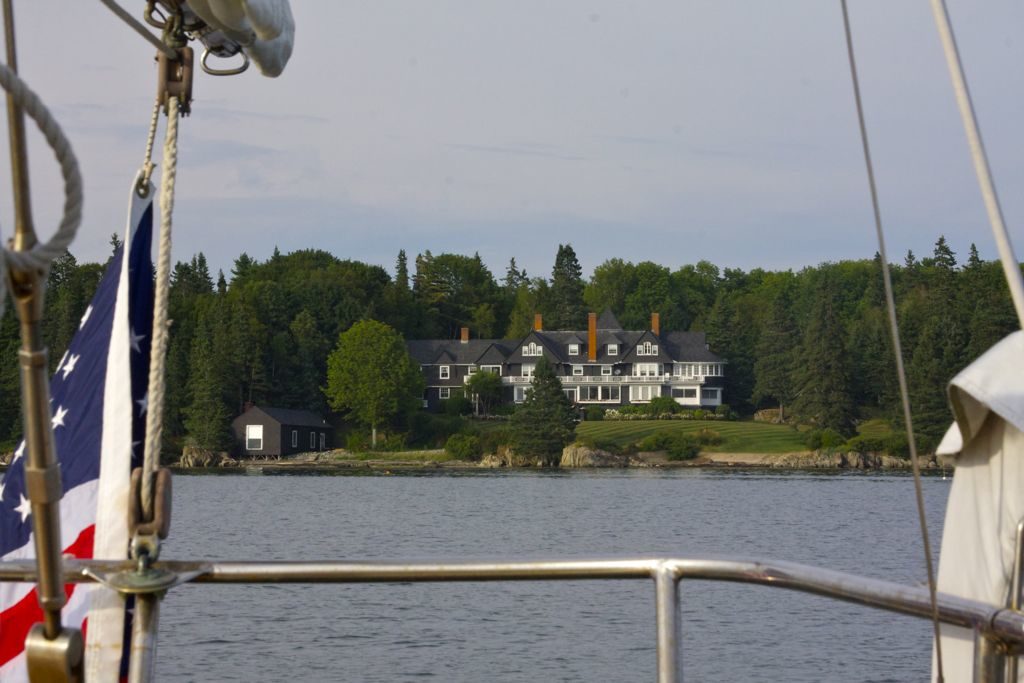 The Jeffrey C. Bracketts cottage was built during the building boom in the 1890s.

Photos of Dark Harbor: A Unique Blend on the Coast of Maine 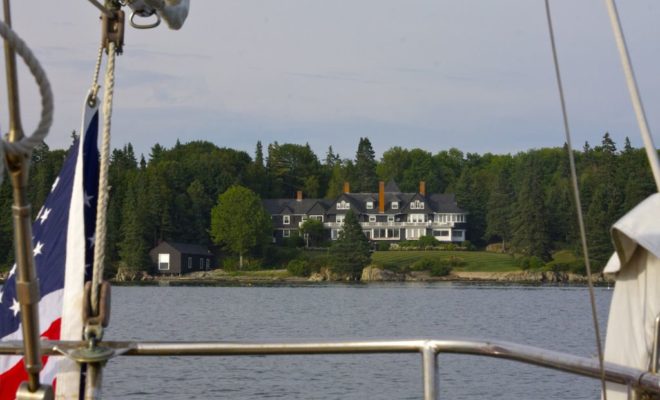 The Jeffrey C. Bracketts cottage was built during the building boom in the 1890s.