Sailing Season 2013 Kicks Off in Newport

April 25 was a great day for sailing in Newport — and a great day to kick off America’s Cup Charters‘ 2013 season! We couldn’t have asked for a better day to get Weatherly, American Eagle, and Intrepid out on Narragansett Bay — fun guests, great crew, beautiful weather, smooth sailing.

Our group consisted of all novice sailors — many had never been on a boat before. They came from all over the country, gathering in Newport for five days of meetings with sailing on our America’s Cup boats as the culmination (and dare we say highlight!) of their visit to the area. Like many of our other group charters, this was a business group, all having fun competing against each other, co-workers against bosses.

The crews got in a vigorous first race before the wind dropped off, but they still managed to fit in a second race. Weatherly was the overall winner for the day. Her guests were thrilled, as the bet required that the losers had to jump into Newport Harbor. Needless to say, we couldn’t allow that to happen (a bit too early in the season for that), but you can imagine how competitive they all were.

Weatherly, American Eagle, and Intrepid all had Narragansett Bay to themselves, and the day was a great way to start off the season. Now is a great time of year to sneak in a trip to Newport before the crowds arrive. You don’t need to get a whole group together to have fun out on the bay — ticketed daily sails start May 4th! 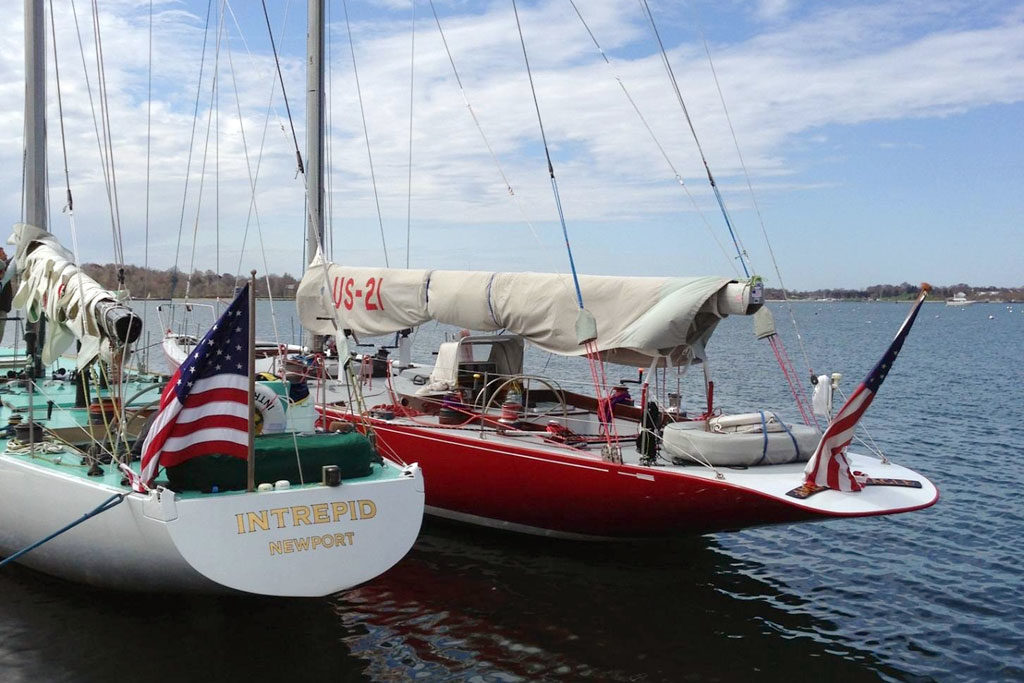 INTREPID and AMERICAN EAGLE rafted up at the dock in Newport, ready for more charters and more racing!

Photos of Sailing Season 2013 Kicks Off in Newport 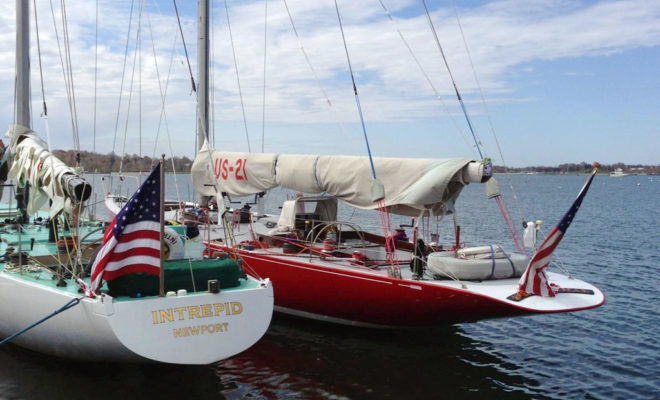 INTREPID and AMERICAN EAGLE rafted up at the dock in Newport, ready for more charters and more racing!