The Louis Vuitton Cup, the challenger series of races leading up to the 34th America’s Cup, began July 7 in San Francisco, and like practically everything else involved in this new, modern version of the Cup, the first race could be summed up in a single word: surreal.

Not only are the monster 72′ catamarans being sailed in this edition almost impossible to comprehend — a Hobie cat jacked up on steroids doesn’t begin to capture it — but even the first competition itself was bizarre. Instead of a fleet of yachts, the initial race featured one sailboat zipping, all alone, between the marks. While Emirates Team New Zealand chose to leave the dock on a perfect 16-knot day, the other signed challenger, Italian Team Luna Rossa, opted to stay ashore while a jury considers its appeal of some late changes to the racing rules. (Those changes were implemented after a British sailor died during the capsize of a third challenger’s yacht. That challenger, Artemis Racing, was not ready on July 7 to resume racing following the accident.)

And yet, whether you watched the racing on YouTube, as we did, or you look at Paul Todd’s dramatic photographs of the event, you can’t deny that the new designs that Larry Ellison and his Oracle Team USA have conceived are awesome in their own right. It’s perfectly likely that Emirates Team New Zealand skipper Dean Barker wasn’t fully throttling up his yacht on July 7 — with no competitors on the Bay, it would be foolhardy to push too hard — and yet he still hit an incredible 42.8 knots, an almost unimaginable number to anyone accustomed to monohull racing. The foiling system, too, is both contentious and tremendous, as they allow the yachts to literally fly above the water. Again, it’s difficult to comprehend the physics that allow a 72′ carbon-fiber beast to remain suspended on such a tenuous perch and at such speeds. And yet, somehow, it works.

The Louis Vuitton Cup is scheduled to last until the end of August, so there are lots of races remaining for other challengers to regain points on the leaderboard. The winner will face off against Ellison’s team in the America’s Cup finals, scheduled to begin September 21. 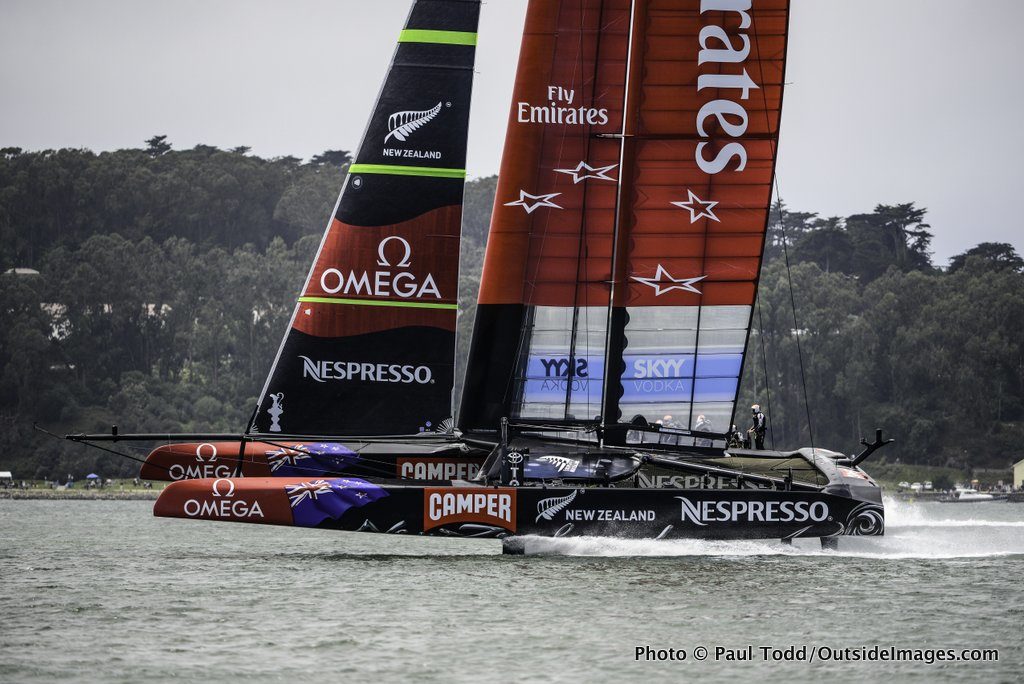 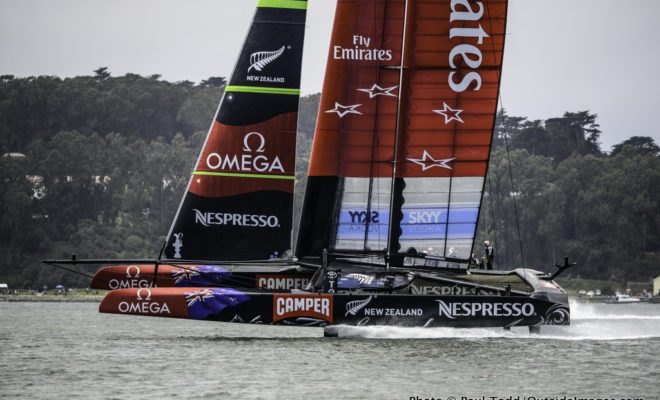