The Mystery of the Disappearing Clams

Clams may be disappearing before our very eyes! When juvenile clams settle into acidic mud–like mud we find on some clam flats in Casco Bay–they don’t last very long. Those that do grow may be stunted and pitted; others simply dissolve. After sampling at 30 clam flats around the Bay over the past two summers, researchers at Friends of Casco Bay suspect an insidious connection between nitrogen pollution and acidic mud, leading to clam flats that no longer grow clams.

Starting in 2011, Friends of Casco Bay staff began to investigate and publicize coastal acidification, a little-known effect of excess carbon dioxide being absorbed into our nearshore waters. Inspired by lab research by Dr. Mark Green of St. Joseph’s College, we developed a scientific procedure for sampling the acidity of mud on clam flats. This groundbreaking work assesses how carbonic acid, created when carbon dioxide and water combine, may threaten the survival of juvenile clams in Casco Bay. Preliminary data suggests that the areas with the highest acidity (and lowest pH) are also the same flats where clams are now scarce.

Though still healthy overall, Casco Bay is becoming more acidic, mirroring what is happening worldwide. As much as a third of the carbon dioxide generated by burning fossil fuels is absorbed by the ocean.

Closer to shore, the problem is runoff. Stormwater pours excess nitrogen from fertilizers and sewage into the sea, where it provides a feast for seaweeds and microscopic phytoplankton. As these algae blooms die and decay, bacteria consume oxygen and release carbon dioxide into the water and nearshore sediments. 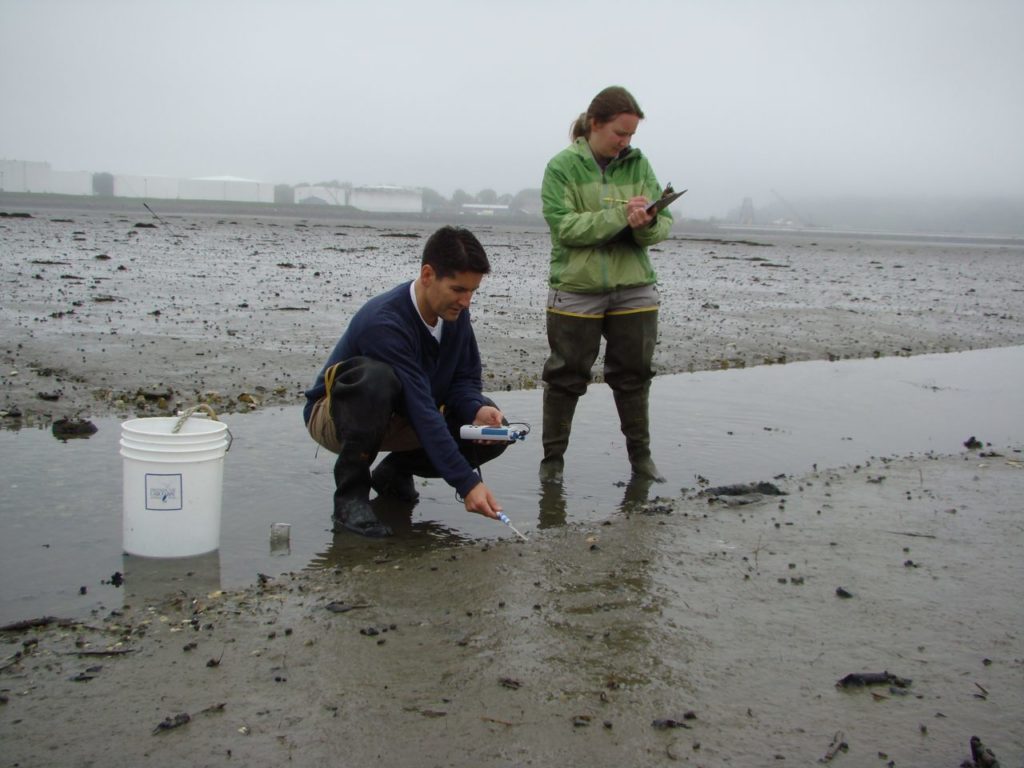 Photos of The Mystery of the Disappearing Clams 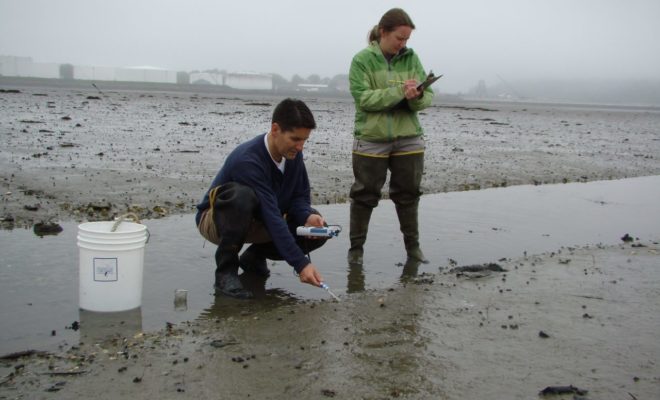