Tips for Jig-Fishing the Bottom During High Summer

I went out last week on a scouting mission along the Rhode Island oceanfront. My plan was to fish the bottom with jigs for fluke and scup in the daylight and then fish into the night for stripers.

I worked one of the jetties with a bucktail jig along the bottom. To my surprise, the first fish I landed was a bluefish that went a few pounds. I thought maybe I was into something, but then I could not get another bluefish to hit. A while later I landed two decent fluke, about 16 inches (not keepers), on a spearhead bucktail jig that was spiced with a plastic curtly tail. I had several more fluke hits that I missed.

Fluke will readily hit bucktail jigs from shore. The key is finding the fish, and you will generally have better luck in deeper water. You want to cast that jig out and let it sink to the bottom. Reel it in slowly, with occasional jerks of the rod tip. The key is to keep it close to the bottom at all times. Using this technique in past summers I have landed black sea bass, fluke, scup, stripers, and bluefish in the daylight on the jig.

I wish I could tell you that I caught stripers at night, but I got nothing. The areas I fished were difficult to fish because they were loaded with weed. Still, I was able to hit some spots that had little weed, but no fish. Hey, just the way things are going this summer. 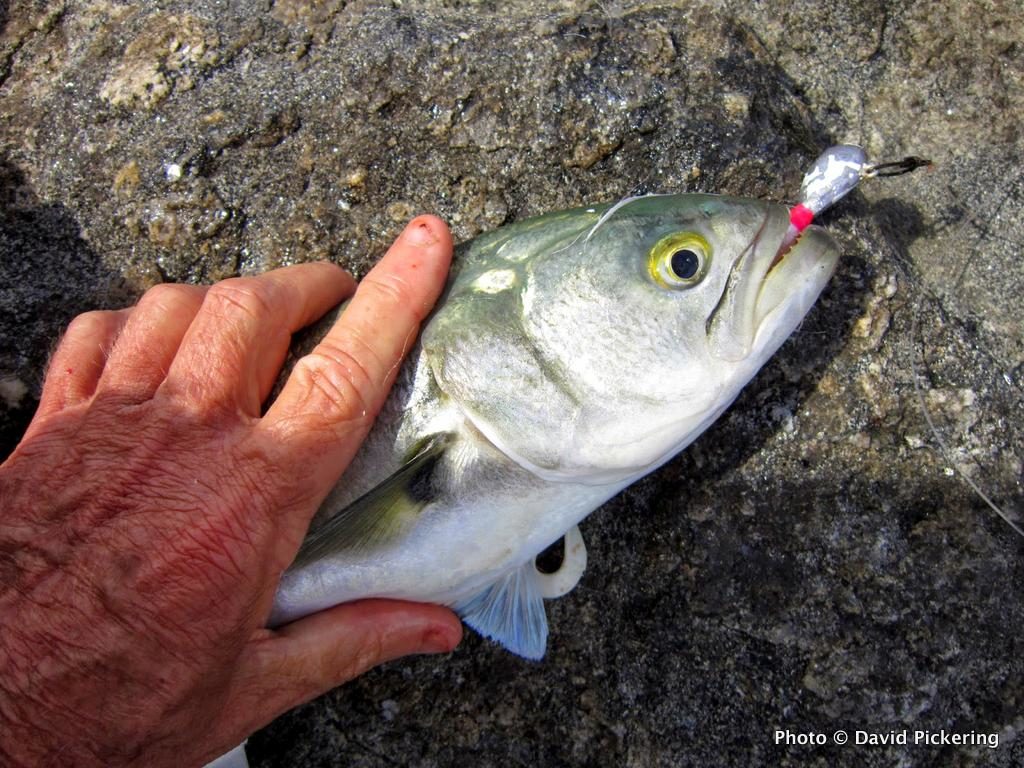 This bluefish hit a flathead jig fished along the bottom.

Photos of Tips for Jig-Fishing the Bottom During High Summer 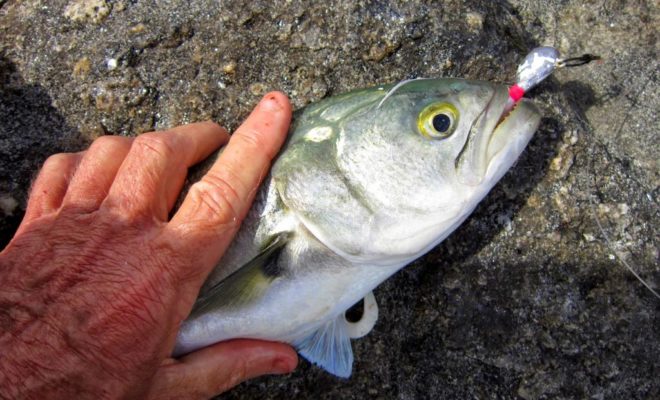 This bluefish hit a flathead jig fished along the bottom. 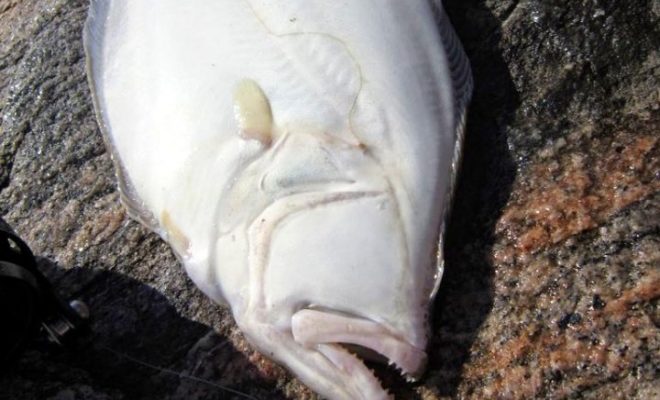 This fluke took a spearhead jig that was spiced with a plastic curly tail.