Summer Fishing 101: To Find the Fish, Find the Bait

It’s late July, but we are suddenly in an early September pattern of fishing. There are big schools of bait, various kinds, moving along the oceanfront. It is attracting schools of stripers, blues, black sea bass, and fluke. The problem is that the bait is not always around. In the last two weeks it has come and gone. But, when you find it, you will likely find fish.

Several evenings ago, I found big numbers of schools of small bay anchovies along a south shore beach. Schools of small bluefish were on this bait. The next night my son, Jon, went down to a different spot. As he got to the water’s edge, he was greeted by a massive school of stripers that were feeding on small bait. According to him, the huge school of fish was feeding on the surface way out but would occasionally come close into casting range. He landed numerous schoolies that were in the 15-20-inch range on a float and Cocahoe.

I went to the same spot yesterday evening. There was no bait, no fish. Even though I casted away at a good spot, I was not able to get a hit. You won’t find many loners at this time of year. The fish are on the bait, period.

This thing has been happening for the last two weeks according to many regulars I know who have been fishing the oceanfront surf. Some of these guys have walked into spots to find bait and stripers all over the place. But, these fish tend to come and go with lots of fish around one minute, gone the next. The best times to fish seem to be early morning and evening. The bait these guys are reporting range from bay anchovies to peanut bunker to silversides to small butterfish. 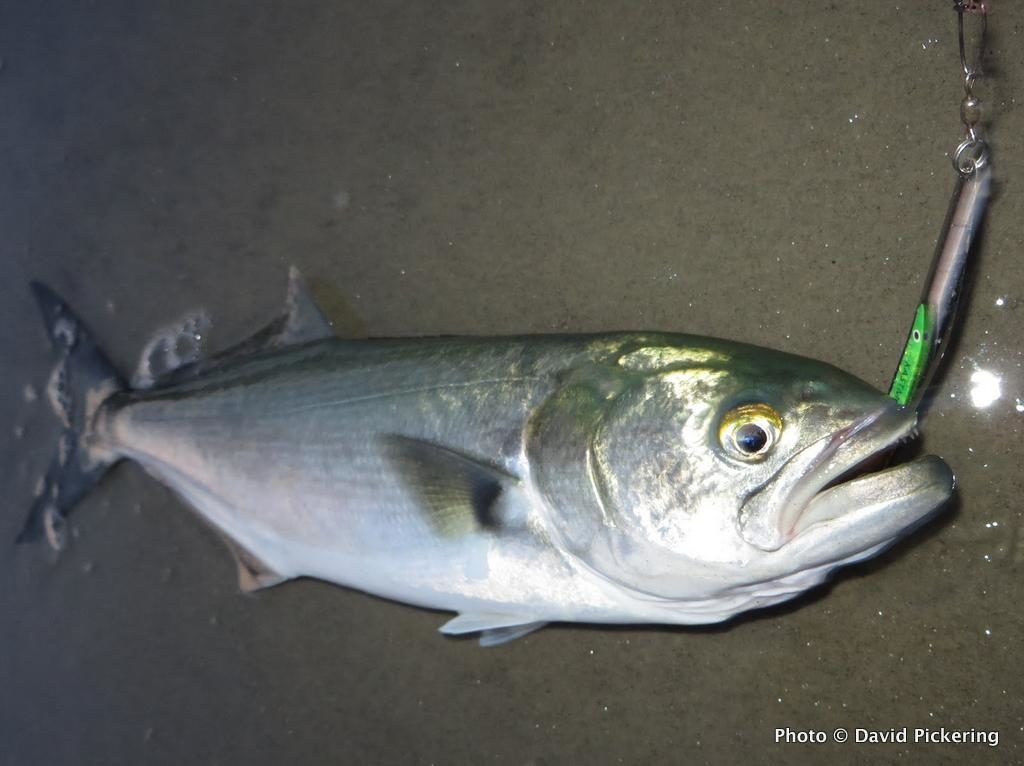 Tons of small bait has attracted good numbers of small bluefish to the south shore oceanfront. This one hit the Kastmaster XL.

Photos of Summer Fishing 101: To Find the Fish, Find the Bait 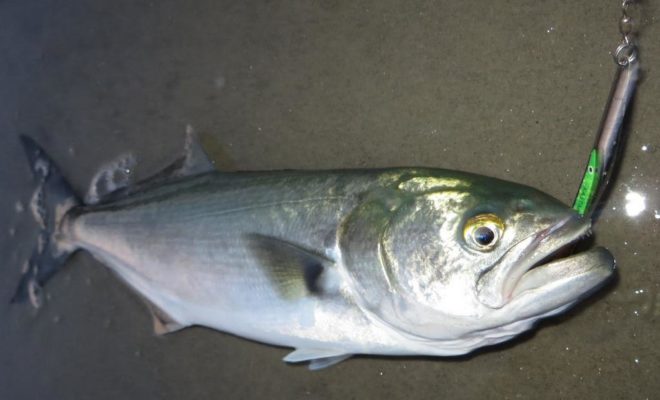 Tons of small bait has attracted good numbers of small bluefish to the south shore oceanfront. This one hit the Kastmaster XL. 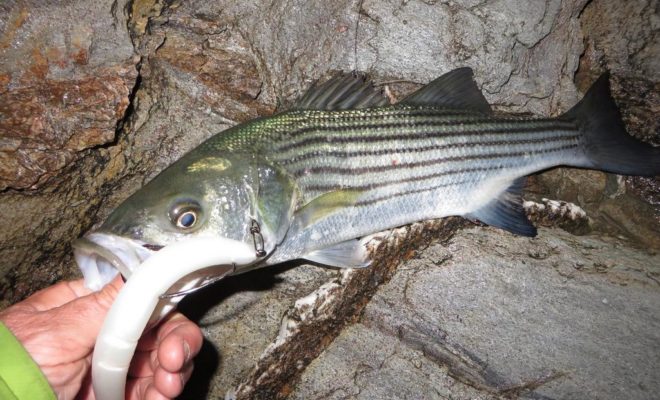 This is the lone schoolie, about 20 inches, that I caught on a white Slug-go after dark recently.