When you work on the water every day like most Maine lobstermen do, it’s almost inevitable: accidents happen. All the GPS systems and radar in the world don’t help when you suffer a mechanical breakdown in pea-soup fog, and that’s precisely what happened to a lobsterman working out of Vinalhaven in the summer of 2014. Though he and his crew made it into a liferaft and eventually were rescued, his South Shore 38 powerboat spent far too long being driven onto unforgiving Maine granite.

Enter Walpole boatbuilder Bruce Farrin, who had built a wooden boat for the lobsterman’s father back in the 1970s. Farris assessed the damage and determined that he could rebuild the 13-year-old boat for a fraction of the cost of replacing it. In addition to a thorough interior cleaning, Farrin’s team repaired the topsides where the boat had been holed. They rebuilt the keel from forefoot to skew, where much of the damage had been sustained. The rudder was removed and overhauled. They hydraulic system was completely rebuilt. The owner opted to upgrade from a Caterpillar C12 to a Caterpillar C18, giving the rebuilt workboat an impressive 800 horsepower. Most importantly for this working Maine fisherman, Farrin promised to the boat in like-new condition in time for the 2015 lobster season. As these photos show, his team delivered on their promise!

For Bruce Farrin, who had a number of other projects including a new yacht build underway at his boatshop when the accident occurred, restoring this Maine lobsterboat was an important piece of preserving the state’s working waterfront. “We’re talking about a man’s livelihood,” Farrin says. “It was the least I could do to get him up and working again.”

Farrin’s dedication was rewarded: He was hired to build a 43′ flybridge cruiser just as the lobsterboat repairs were being completed. 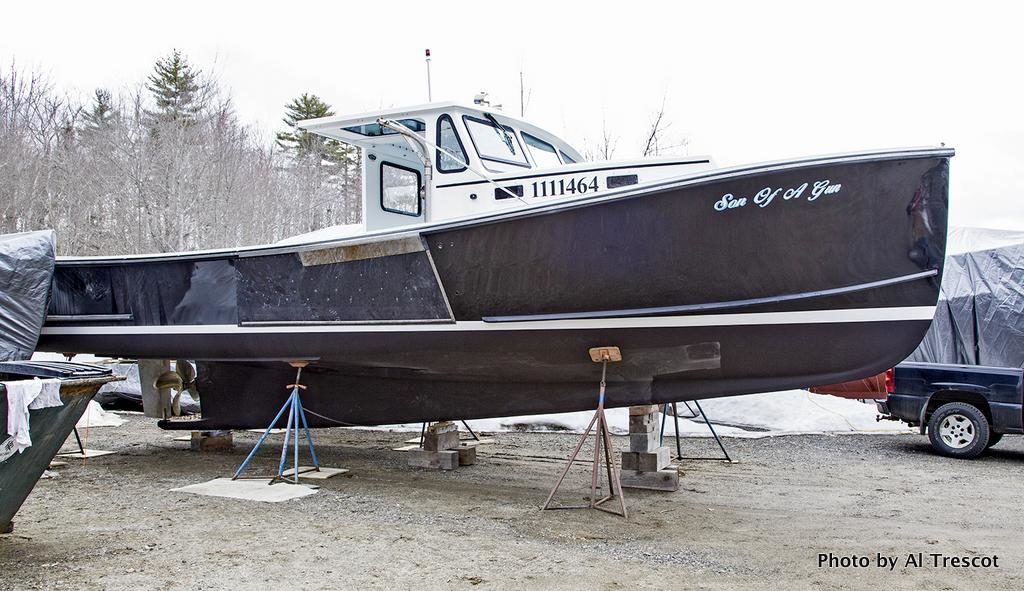 After undergoing a winter restoration at Farrin's Boatshop, this lobsterboat was in like-new condition for the 2015 season.

Posted November 18, 2015 by US Harbors & filed under Boating, Fishing.

Photos of Shipwreck to Shipshape: Rebuilding a Maine Lobsterboat 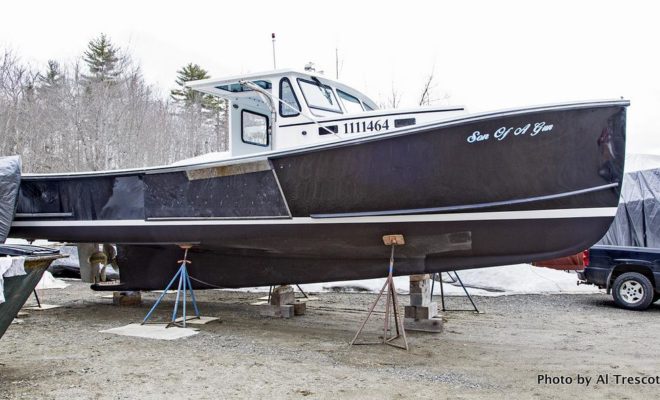 After undergoing a winter restoration at Farrin's Boatshop, this lobsterboat was in like-new condition for the 2015 season. 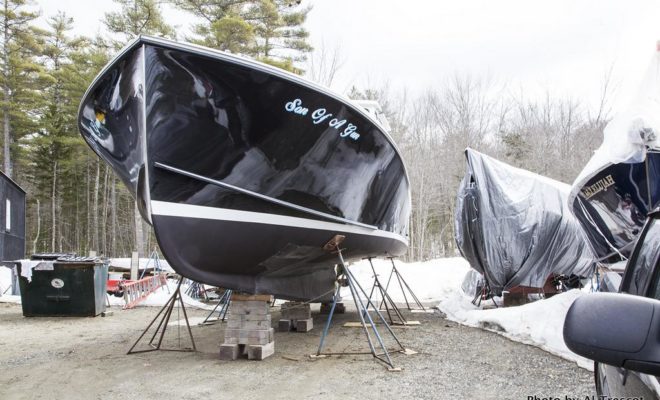 Bruce Farrin's team was able to repair the lobsterboat for a fraction of the cost of a new build. 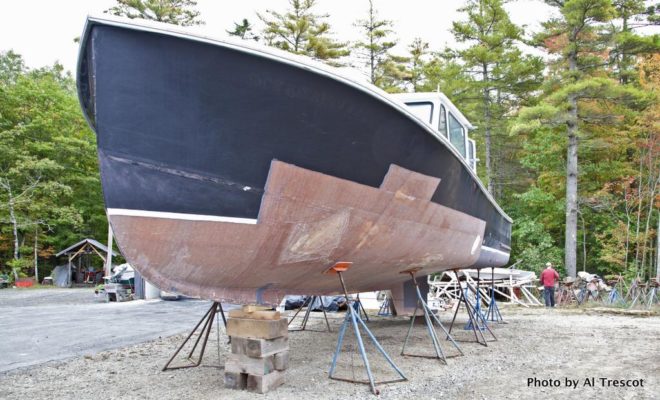 The first order of business for Farrin's Boatshop was to repair where the boat had been holed on a Maine ledge. 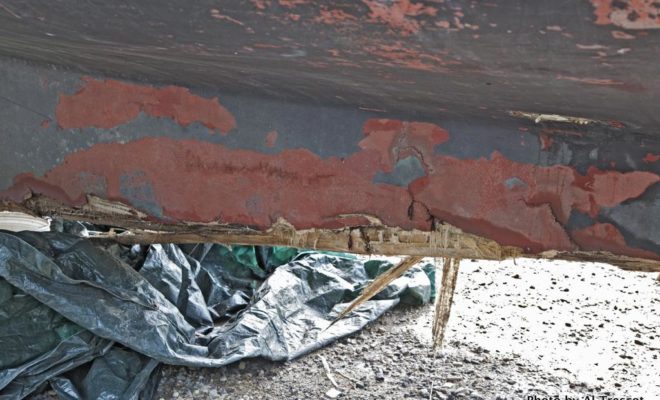 The keel had sustained the most damage, and would need to be cut away. 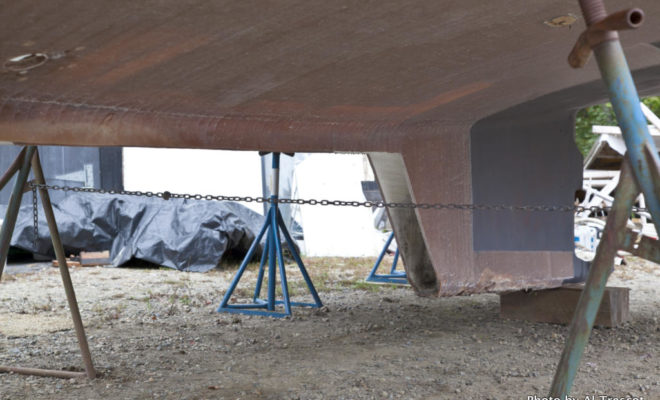 A dramatic wreck required a dramatic restoration. Here the keel and forefoot has been entirely removed. 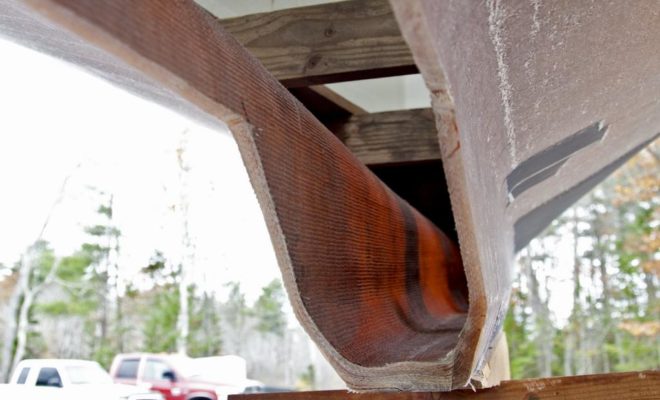 A cross-section of the keel shows how well built the boat was, and why it deserved to be restored. 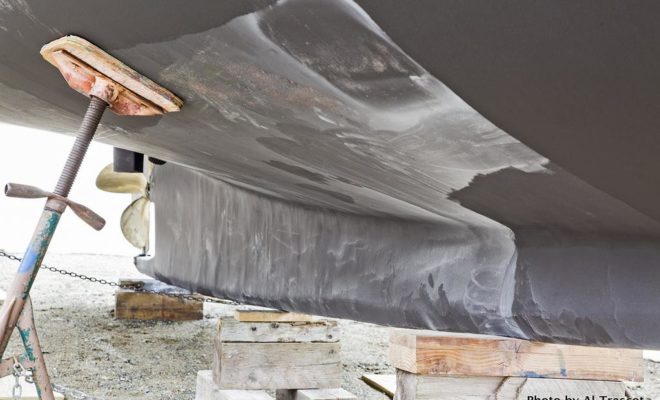 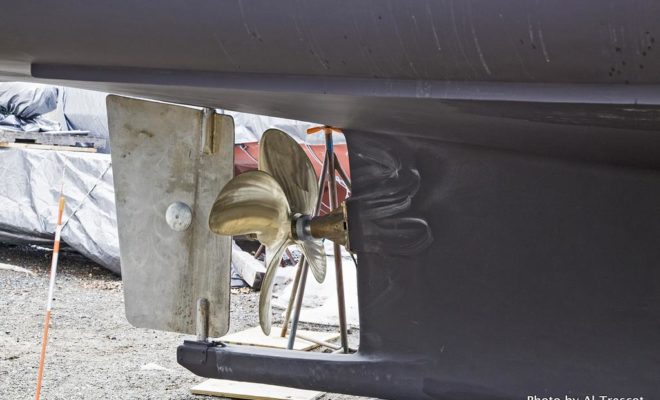 The rudder, drivetrain, and engine were all replaced by the crew at Farrin's Boatshop. 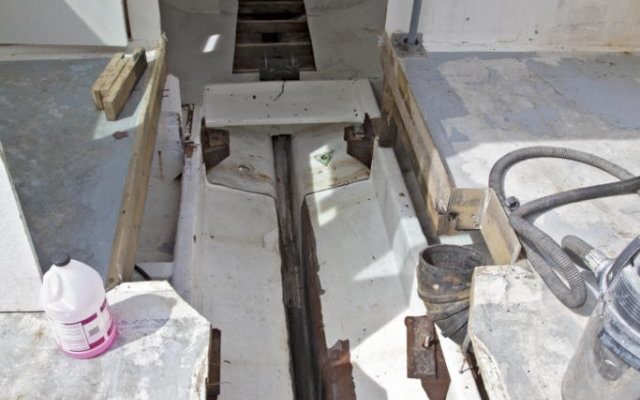 Having spent far too long pounding on a ledge of Vinalhaven, the boat was thoroughly emptied and cleaned. 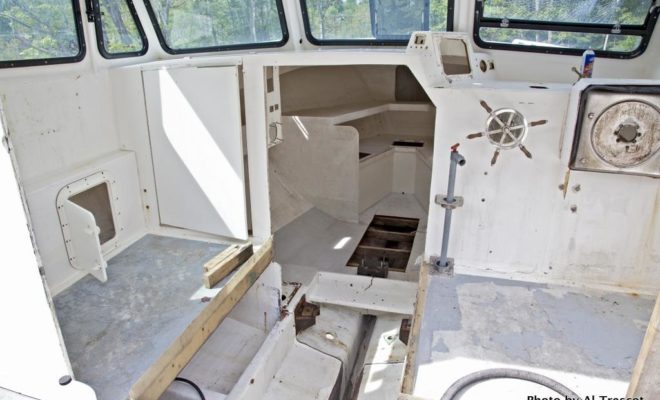 Though the exterior of the boat had been damaged, the interior was relatively intact.