As we close out 2015, our December image is of the Rockland Gulf, one of the last wooden hulls working daily in the lobster fishery. Rockland Gulf itself had an interesting end to its season, leaving its mooring during an early November gale and landing high-and-dry just inside the breakwater in Rockland. As a testament to the ship’s construction, however, the sturdy vessel emerged from its ordeal essentially unscathed thanks to some well-placed float bags and the late-night efforts of a local excavator.

Rockland Gulf was originally built as Seneca in 1933 in Brooklyn, New York, one of about thirty small wooden inshore tankers commissioned by the Gulf Oil Corp. Eventually renamed Rockland Gulf, she worked many years faithfully delivering fuel to the island communities of Penobscot Bay. When fully laden with 10,000 gallons aboard, the main deck was virtually awash, leading to the nickname “Sailing Submarine” for her appearance to other vessels.

For more photography by Benjamin Mendlowitz, including the annual Calendar of Wooden Boats and our other products, visit us at www.noahpublications.com. 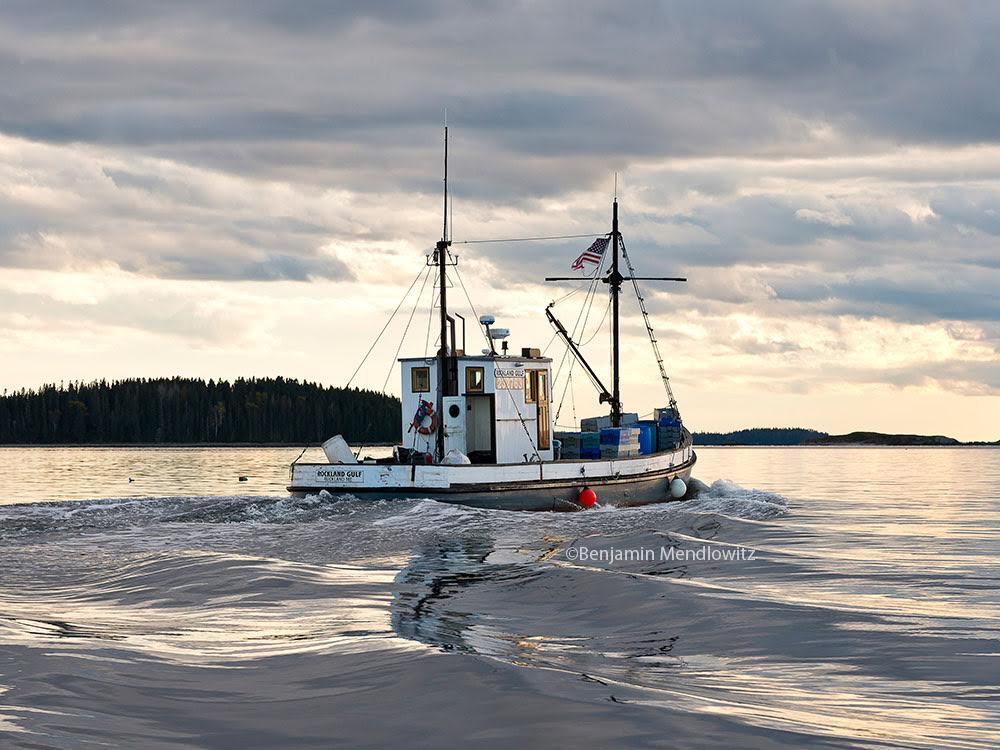 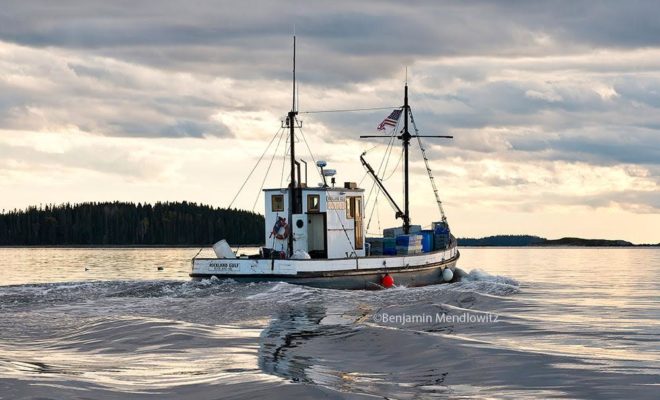