The popular anchorages on the coast of Maine are well known and marked in sailor’s guidebooks and websites today.

While hiking the high island of Isle Au Haut, atop a granite crest on the Western Head, we spied a lovely unnamed cove below. Returning to our boat in nearby Duck Harbor, we raised anchor and headed for the intriguing cove.

The Southern half of Isle Au Haut is a remote area of Acadia National Park. Unlike the mainland park on MDI, this area of Acadia, isn’t easy to reach. In season, a small number of hikers and campers – most of which arrive by ferry, visit the park daily during the season. Campers are permitted to use the fine tent sites and facilities at the Duck Harbor campgrounds (https://www.nps.gov/acad/planyourvisit/duckharbor.htm).

Being late season, we’d only run into one hiker that morning on our trek around Western Head. And he’d be the last soul we’d see on Isle Au Haut that weekend.

Threading our way inside of Big Brewster, we lowered our anchor into the placid cove and christened the spot, Eden, on the electronic chart.

We’re used to 10 or more feet of Tidal range continually changing our coast, but Eden’s transformation would be more dramatic. We spent the afternoon hiking, beachcombing and rowing while the receding tide uncovered granite ledges glistening with moist rockweed and golden mats of barnacles.

The surrounding forest of jagged Spruce trees seemed to march up the cliffs away from us as the tide lowered us – down, into the deepening cove.

As the water receded, Western Ear and Big Brewster grew in size and moved closer together. A white water channel began to emerge between Eden and the open ocean to the South. Pulsing with life from the surf entering on the ocean side, we were drawn into this dynamic thoroughfare with our dinghy.

We rowed and drifted – to and fro, in the channel riding an ocean swell that seemed to be captured inside. As the afternoon wore on, the tide continued to recede, the river grew thin, and then disappeared all together.

At low water while the sun set, the cove was placid. We enjoyed a delightful calm inside the rock rimmed basin for a few hours.

Alas, that calm didn’t last long enough. Tides never rest. In the wee hours, our boat began to roll gently to a small swell. The tide was returning, the ocean was reclaiming the water inside the cove, and us along with it.

This is no place to be in the wrong weather. But there is no place, like Eden. 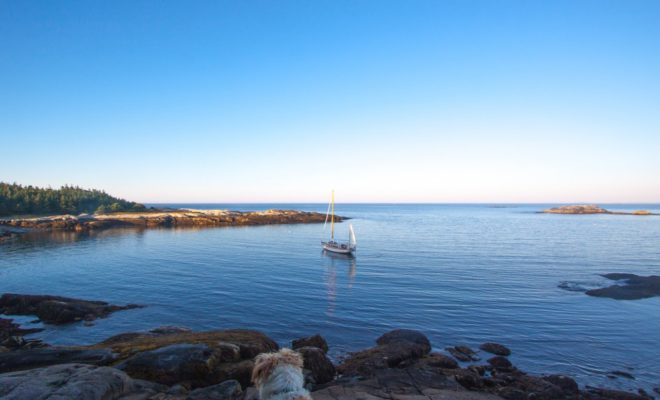 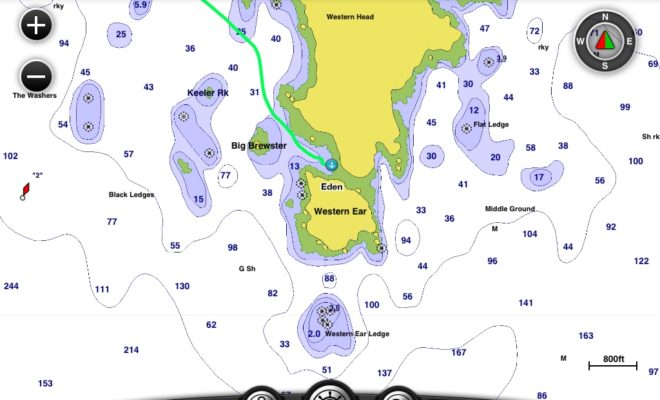 Eden, not in any guide book or website(until now). 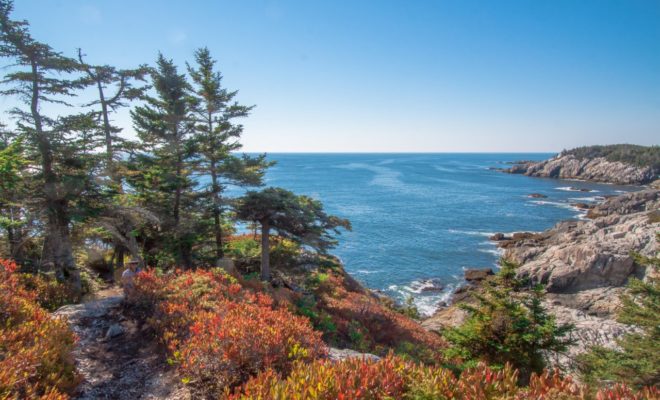 A 'typical' view while on the Acadia National Park trails, on Isle Au Haut. 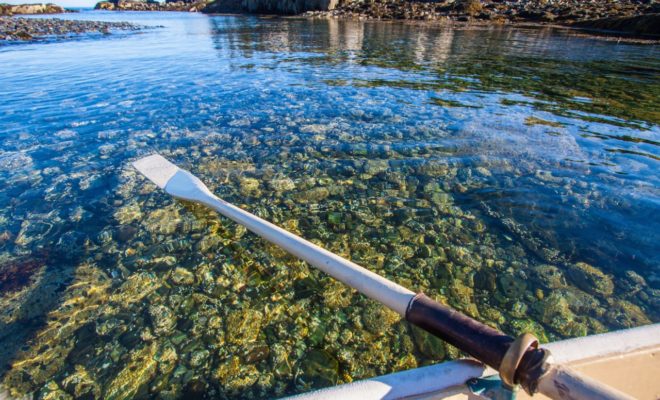 At mid tide, a river enters above, from the sea,... 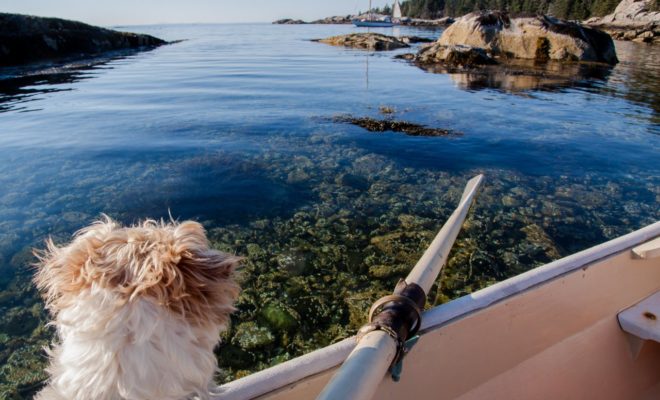