Top tips for a tip-top eclipse

On August 21st, 2017, the moon will cast a shadow across North America. The eclipse will be partially visible from Canada to Mexico, but for the best view of this unique, celestial event you want to be inside the ‘Path of Totality’. Here is a list of all the harbors on the West and East coasts that fall inside that path, with links to the weather pages so you stay up-to-date right up to the date!

Oregon:
The moon’s shadow will touch the coast at 10:15am Pacific Daylight Time. It will completely cover the sun for all those viewing it from Waldport up to just south of Cape Lookout. The longest total eclipse will be for 1 min 50 secs, between Lincoln City and Newport.

List of harbors, starting from south and moving north:

South Carolina:
At 2:45pm Eastern Daylight Time, the eclipse will cross the I95 before leaving the State, and the country, and heading out to the ocean at 2:49pm. The shadow will reach just south of Charleston to just north of Georgetown. The best spots along the coast will be anywhere around Bull’s Bay, where the moon will cover the sun for a whopping 2 and a half minutes!

List of harbors, starting from south and moving north:

Important tips for watching the Eclipse

Never look directly at the sun. Make sure you have specially-made solar filters, most commonly in the form of Eclipse Glasses. You can buy these at many retail locations.

Only during the complete totality of the eclipse is it safe to see the moon completely covering the sun without protection (see times and locations above). It will become noticeably darker for a minute or two. As soon as the moon begins to complete its traverse of the sun, look away and put your eclipse glasses back on. Source.

If you are outside the area of totality, you can use a telescope to project the eclipse onto a white sheet of card. This way you can fine-tune the focus of the telescope to get a crisp image of the sun and moon. It is also possible to see sunspots. However this technique is probably not great if you are on a boat!

What causes an eclipse?

Put simply, it is the alignment of the earth, the moon and the sun. The moon’s orbit is at a 5 tilt to Earth’s, so it only happens when the moon crosses the Earth’s plane, passing between it and the sun. This happens somewhere on the globe roughly once every 18 months.
The moon is about 400 times smaller than the Sun, and the Sun is about 400 times further away. Even taking into account the variability in the respective orbits, the moon fits exactly into the shape of the sun.
Since its creation in the early days of the Solar System, the moon has been slowly but steadily moving away from the Earth. Millions of years ago the moon would have been much bigger in the sky, obscuring the sun much more than it does now. And about 50 million years in the future the moon won’t hide the sun at all. The near-perfect alignment of the moon, earth and sun, and the emergence of humans capable of appreciating it is a coincidence of cosmic proportions. Source.

If you are planning on viewing the eclipse, we would love to see any photos you take. Get in touch on our Facebook or Instagram pages, or email them to us: [email protected]. 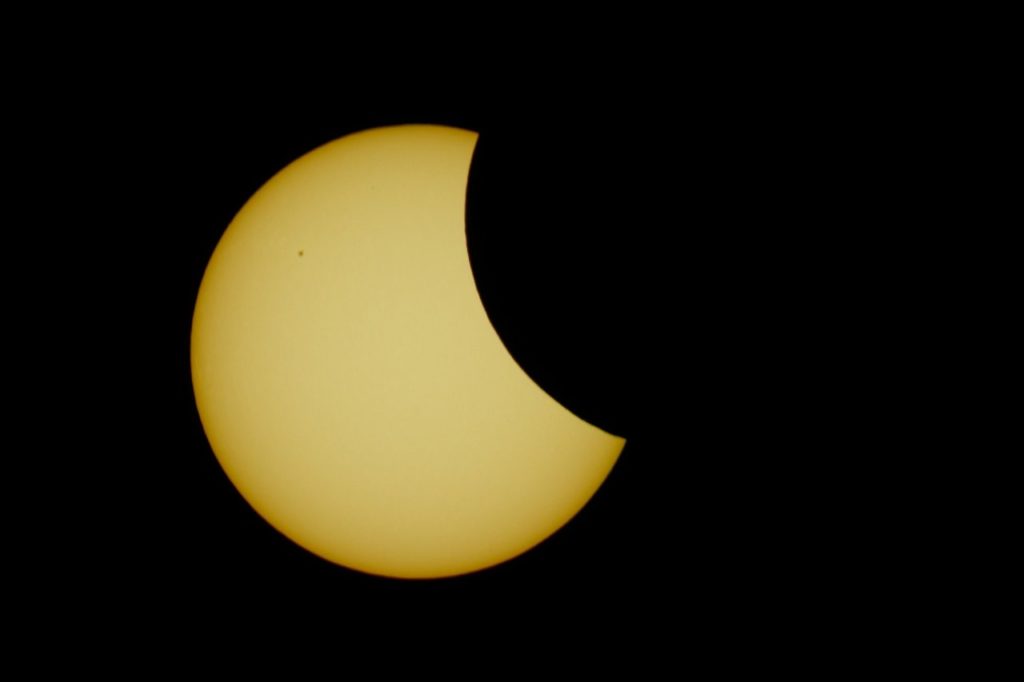 The moon and the sun

Photos of Top tips for a tip-top eclipse 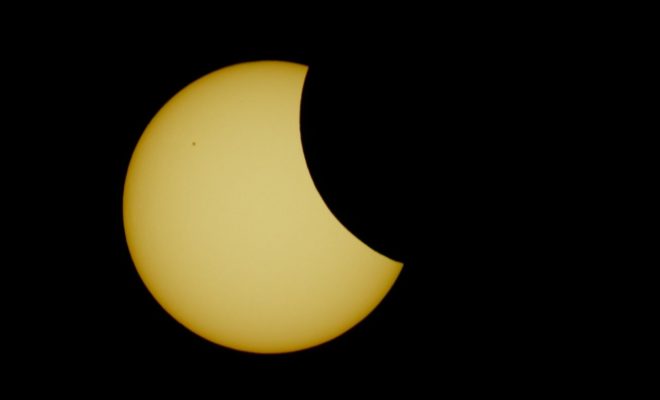 The moon and the sun