Students ranging in age from 9-12 representing area schools including Goodwin Elementary, Moultrie Middle School, St. Andrew’s of Math and Science spent two-hours at the Atlantic Cup base. Students rotated through stations that included knot-tying, a plankton and whale experiential learning station run by Sailors for the Sea, an alternative energy station where students got to see and feel solar panels and a Watt and Sea hydrogenerator. The final station included a boat tour on one of the Atlantic Cup competing boats.

Atlantic Cup 2013 Champion and Kids Director, Dave Rearick said “I was here in early May visiting with the schools and today was a culmination what they’ve been learning about in the classroom where they got to see the boats and experience the race. One unique aspect is that a lot of these kids are the younger siblings of kids who have come through the program two and four years ago. It’s really wonderful to expose kids to the ocean, environment and sailing and how we’re all connected worldwide.”

11 teams representing nine countries will start the 2018 Atlantic Cup from the Charleston Maritime Center Saturday, May 26. With over 1,000nm of ocean racing, the Atlantic Cup is the longest offshore race in the Western Atlantic and is also the United States’ only short-handed offshore race dedicated to the Class40.

Official Sailmaker North Sails will be providing expert commentary throughout the race and followers can submit their questions about the race and teams HERE. In advance of the start, North Sails President Ken Read said, “Let’s just imagine what’s going through the minds of all these competitors as Leg one approaches. First of all, they’re going offshore in what could turn into a tricky coastal race or an offshore race. They are dealing with Cape Hatteras, one of the most dangerous places on earth.  Sticking straight out into the middle of the ocean, it goes from dangerously shallow to extremely deep in a heartbeat. They are dealing with the Gulf Stream, which is tricky on a good day and is notorious for spinning off its own little mini-weather systems. They could be pushing for weather systems, they could be trying to fight for shoreline and local sea breezes, and they’re trying to do this in souped-up 40-foot racing machines, completely short-handed with only two crew… Now, this sounds like fun to me, I can tell you!”

The 2018 Atlantic Cup will start in Charleston, S.C., May 26, stop in New York City (teams will be based at Liberty Landing Marina in New Jersey) May 29 -June 2 and culminate in Portland, Maine, June 4-10. The race is free and open to the public. For more information on the Atlantic Cup please visit http://www.atlanticcup.org/ 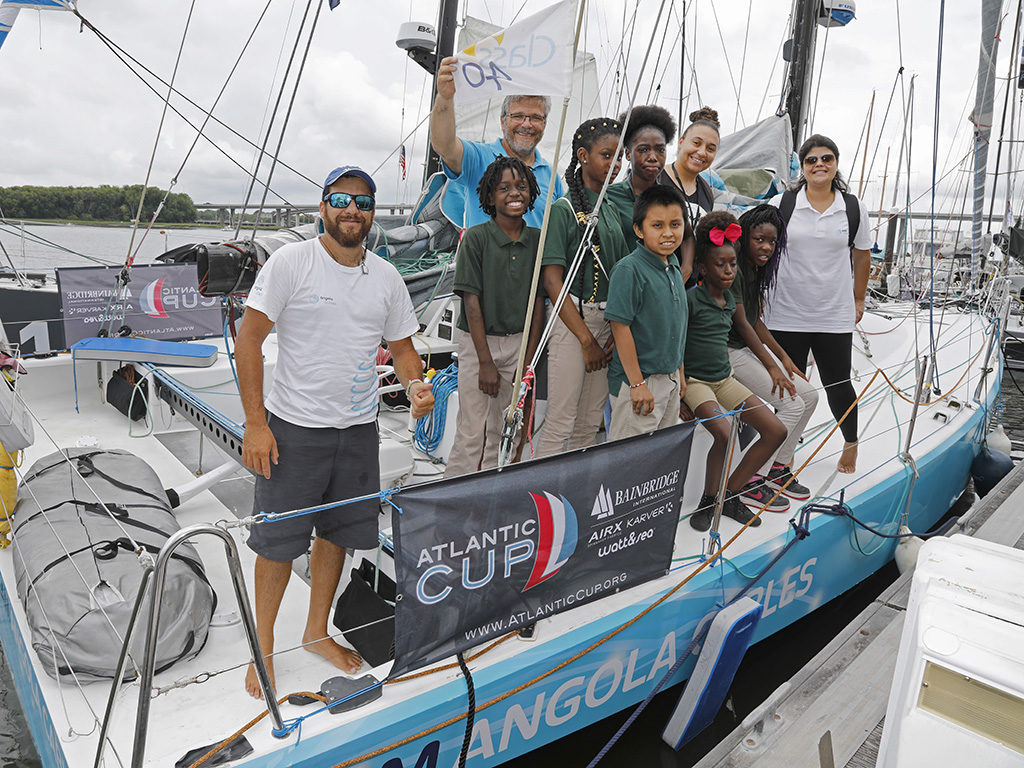 Photos of Atlantic Cup For Kids held in Charleston, SC 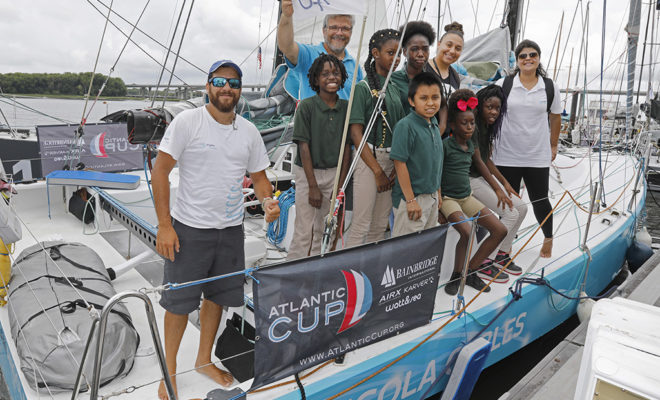