Could HMS Endeavour be lying at the bottom of Newport Harbor?

At 5-6 p.m. on Friday, September 21, at the Gurneys Resort on Goat Island, Newport, Rhode Island, archaeologists from the Rhode Island Marine Archaeology Project (RIMAP) and its partner, the Australian National Maritime Museum (ANMM), will announce their 2018 research results for the study of the Newport Harbor transport fleet. The event will review how the 25-year-long archaeological study of the Newport transports has narrowed the search for the Endeavour from a fleet of thirteen vessels to five, and now possibly to one or two archaeological sites. RIMAP and the ANMM researchers will discuss the 2018 fieldwork results, and release to the public a 3-D photogrammetric image of a promising site located in the Limited Study Area, just off the Goat Island shore near Gurneys Resort. The resort will be open to the public, with special invitation to the media.

RIMAP began the study of the British transports in Newport Harbor in 1993 with a remote sensing survey and began to locate these 18th-century sites. By 1999 RIMAP had published the historical evidence that the Lord Sandwich transport had been used as a prison ship in Newport Harbor, and had been Captain Cook’s Endeavour Bark of his first circumnavigation. Also in 1999, former RI Attorney General (now US Senator) Sheldon Whitehouse led the legal maneuver to ensure Rhode Island’s ownership of the historic Newport fleet, including the Lord Sandwich ex Endeavour. The RI Historical Preservation and Heritage Commission is now the custodian of the Newport Harbor shipwrecks, the RI Coastal Resources Management Council has established a “No Anchor – No Dive” zone around the archaeological sites to protect them, and RIMAP is the State’s agent to conduct the historical and archaeological research to find and identify which archaeological site is which historic ship.

RIMAP is a not-for-profit organization that trains volunteers to participate in professionally directed research, and its work is not supported by the Rhode Island state budget. Instead, the remote sensing, diver ground-truthing, and mapping of the sites in Newport harbor have been funded by RIMAP memberships and donations, by grants from the US federal government, and especially by the donated time and resources of its volunteers. Since 1999 the Australian National Maritime Museum has participated intermittently in the Newport fieldwork and in 2016, 2017, and 2018 provided grants to support RIMAP’s studies. Over the years RIMAP has released intermittent updates on the progress of this research, and the www.rimap.org website provides information and videos about RIMAP’s early work and its recent partnership with the ANMM.

Now that RIMAP and the ANMM have identified a possible site in Newport Harbor that might be the Lord Sandwich ex Endeavour, the detailed work must begin to prove it. Therefore, fundraising is ongoing for the artifact management facility needed to process, store, and display the artifacts that will emerge from the planned 2019 excavation. Donations may be made through PayPal on the RIMAP website at www.rimap.org.

This year, 2018, is the 250th anniversary of Cook’s departure from England in the Endeavour, and 2020 is the anniversary of Cook’s claim of Australia for Britain. The identification of the Lord Sandwich ex Endeavour in Newport Harbor will be particularly significant during this time of historical celebrations. At the media event on Sept. 21 RIMAP and the ANMM will release the details of a promising candidate to be that iconic ship, and will answer the question:

“Could it be the Endeavour?” 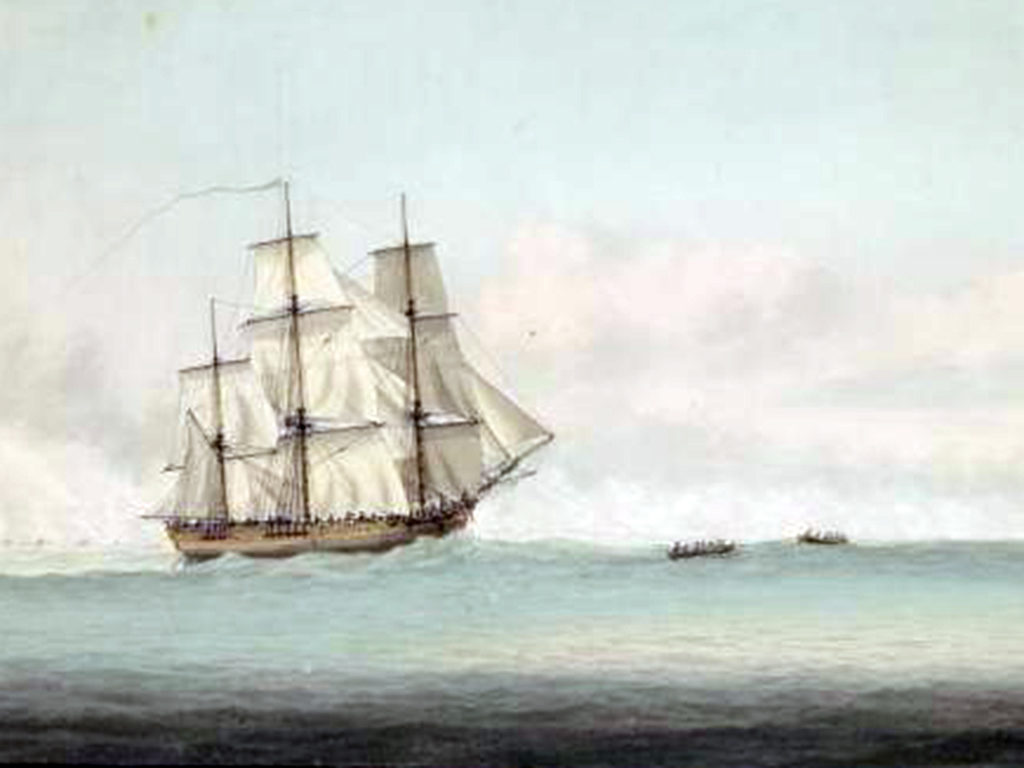 Posted September 20, 2018 by US Harbors & filed under Boating, Culture.

Photos of Could HMS Endeavour be lying at the bottom of Newport Harbor? 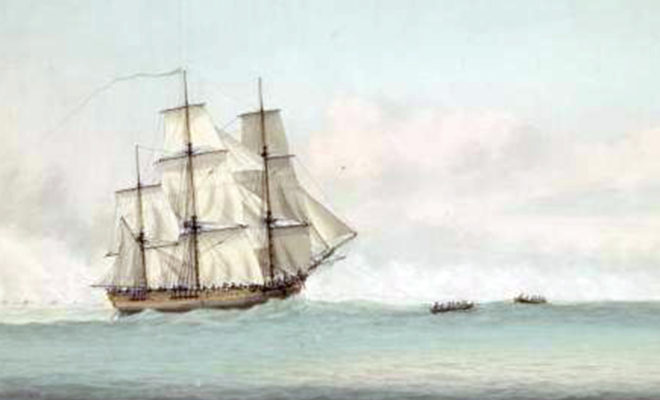