He estimates the annual cost of owning his 54-foot Azimut Atlantis yacht, the “Sol,” to be at least $80,000, including his Miami Beach dockage.

Satek had seen ads for Boatsetter. He figured it was another listings site that would take a chunk of change from his pocket.

“When I realized the money would just go straight into my bank and that I didn’t have to do much, I knew this was it,” he said.

In an era of disruptive startups, it seems fitting that South Florida is home port for boat-sharing powerhouse Boatsetter. Last year, the six-year-old company moved out of its Aventura office and into downtown Fort Lauderdale. Today, it leases a sleek, high-ceiling space just east of the Broward Center for the Performing Arts overlooking a bend in the Tarpon River.

“It’s perfect for a startup like ours,” CEO Jaclyn Baumgarten said on a recent afternoon in the space’s conference room.

Since its 2013 launch by Andrew Sturner, a lawyer-turned investor and a 25-year South Florida resident, Boatsetter has become one of the region’s most successful startups.

The boat-sharing concept has proven a natural fit for waterfront cities. In 2013, multiple companies were racing to become the “Airbnb of boats.”

One of them was Cruzin, a San Francisco-based firm run by Baumgarten. After years in business development in roles at IBM and Westfield Group, Baumgarten decided she was ready to strike out on her own. With fond memories of growing up boating in Chicago’s suburbs with her family, and sensing there was still an opportunity for a boating marketplace more trusted than existing options, she founded Cruzin in 2012 as a peer-to-peer marketplace. She protected rentals through a first-of-its kind three-way insurance policy covering owner, renter and the platform.

Two years later, it became clear to industry insiders that the space was getting crowded. As Baumgarten tells it, a potential investor suggested Cruzin and Sturner’s Boatsetter should merge to create a more powerful competitor with a nationwide footprint. After spending about 10 days with each other, Baumgarten says, Sturner and she decided the investor was right. Baumgarten moved to South Florida. The investor sailed off elsewhere, but the Boatsetter name remained, creating a player that suddenly had access to 3,000 vessels. 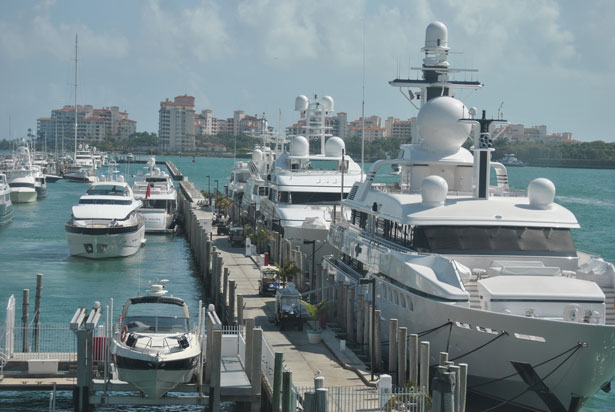