BRICK TOWNSHIP, N.J. – Wildlife officials are warning anyone headed to New Jersey about an invasive species of jellyfish in the water.

CBS New York reports the small, spider-like, clinging jellyfish were first found in the Shrewsbury River in 2016 and have spread to the Metedeconk River.

University students and professor Paul Bologna are working with the New Jersey Department of Environmental Protection to map out where the jellyfish are located.

“A lot of our beaches, our bay beaches, it’s important to educate the people on these clinging jellyfish… where they are so that something doesn’t happen,” Mummolo said.

“They carry these paralysis toxins that cause your muscles to tense up. They use those to catch fish so the fish don’t run away, but it also causes intense pain,” Bologna said.

More than 200 of the jellyfish have been discovered in New Jersey waters. Most were smaller than a half-inch and hiding in grassy areas. 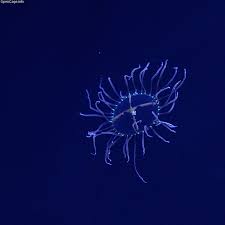