Friends engage in conversation in the backyard while enjoying a breezy summer evening. Citronella candles cast a soft glow, attempting to ward off those little Southern vampires we call mosquitoes. A few people focus on a serious game of bocce ball, and the aroma of spicy seasonings and seafood wafts from a nearby steam pot. Finally, someone calls,  “Food’s on!” and it is time to eat a mouth-watering meal that will leave guests satiated and looking forward to the next taste of an iconic Southern dish.

Lowcountry boil has become a culinary tradition throughout the South. While it most likely originated from the rich Gullah traditions of the lower coastal area of South Carolina, some interesting stories are told about its creation. One tale describes a shrimper from Frogmore, a small town on St. Helena Island near Beaufort, who, while cooking sausage, corn, and potatoes in a pot, decided to toss in some shrimp at the last minute. The dish was a hit and the recipe made its way into local restaurants.

A more well-known story is that of Richard Gay, who owned Gay Seafood Company, also located on St. Helena Island. The story goes that Richard, who served in the National Guard, needed to feed 100 of his fellow guardsmen. He concocted the family recipe and named it “Frogmore stew” in honor of his hometown.

Whether you call it Frogmore stew, Beaufort stew, or Lowcountry boil, the basic recipe is always the same: tender potatoes, sweet corn-on-the-cob, smoky sausage, and succulent shrimp. Because it is such a simple recipe, it is perfect for serving to large crowds or paring down for a quick meal with a few friends or just the family.

Lizzy and Coleman Fowble have hosted many a Lowcountry boil at their Forest Acres home over the past several years. Lizzy remembers having Beaufort stew growing up. Her grandparents were immigrants from Northern Italy and taught her and her brother, Andy Bernardin, and sister, Bonnie Papajohn, to cook at an early age.

“We were always cooking and making pasta with my grandmother and cousins,” she says. Her father, John Bernardin, introduced the family to the Lowcountry boil. “My father loved to cook and was always looking for something new to try. He taught us all how to cook different things. When we were all younger, my parents would rent a beach house at Litchfield for two weeks, and that is where we started making Beaufort stew. We were always feeding a crowd!” she says. Lizzy’s mother, Libby Bernardin, still works to bring the family together each year for a beach week, and Beaufort stew is always on the menu.

Lizzy and Coleman have lived in several regions around the country as part of his profession as an orthopedic surgeon, including a few years in Mobile, Alabama. “You make a boil with crawfish there,” she recalls, “but you can only get fresh crawfish certain times of the year, whereas you can get fresh shrimp here almost any time. We don’t eat a lot of meat, so seafood is a staple in our house.” Lizzy’s mother now lives in Georgetown and regularly sends her home with fresh shrimp. 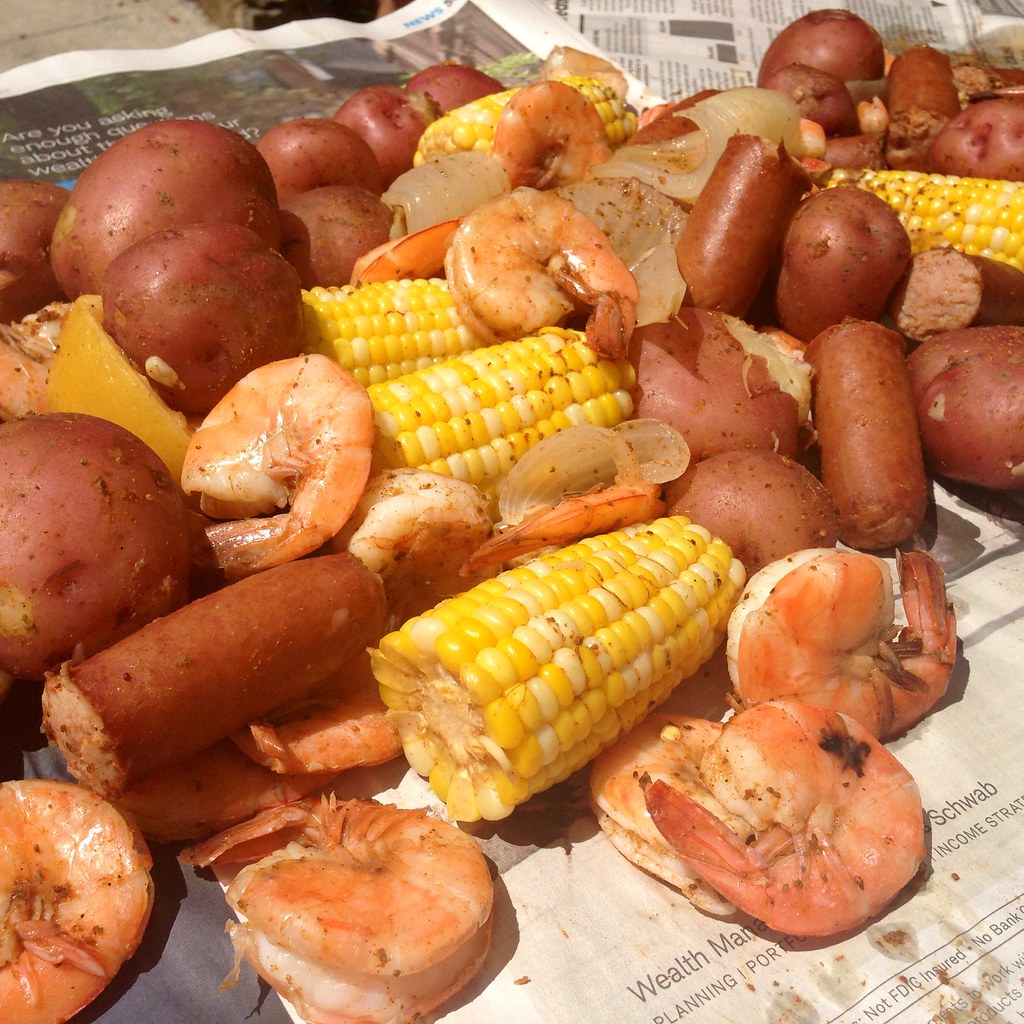